This August, our company faced another grim consequence of the COVID-19 pandemic and ensuing travel restrictions: the separation of many employees from our company as we reduce our workforce due to suppressed travel demand. In a memo to our employees, President and CEO Peter Ingram expressed our collective grief. “We all have a deep connection to this airline, which has seen its share of challenges in its almost 91 years, though nothing like this. Whether you are staying or leaving, I hope you all know you will always be a part of the Hawaiian Airlines ‘ohana.”

In this commemorative blog series, we are bidding aloha to longstanding employees and recognizing their dedication, hard work and passion, which helped mold the future of our company. Hawaiian Airlines will not be the same without them.

Jason Sato was best known for his quick thinking, detail-oriented eye and leadership while managing the flurry of activity at our 24/7 System Operations Control Center (SOCC) in our Honolulu headquarters. As senior manager of SOCC with 34 years at Hawaiian Airlines under his wing, Sato dedicated his life to his career and witnessed our company’s evolution in becoming one of the world’s leading destination carriers.

“My colleagues became my family, and I was happily married to my job,” he laughed. 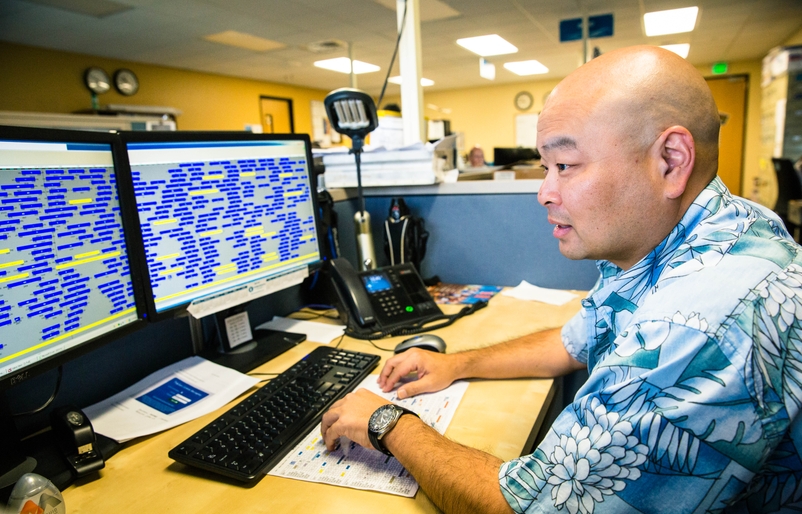 Sato overseeing our busy network prior to the opening of our Honolulu-based SOCC.

Fast forward to 2020, and Sato’s team was at the forefront of managing rapid operational and network disruptions created by the COVID-19 pandemic. After months supervising large-scale flight cancellations, ad-hoc charter services, and more, he joined hundreds of employees companywide who accepted early retirement packages – bringing an abrupt end to many storied careers as our airline continued to navigate an unprecedented environment and the state of Hawai‘i entered its sixth month of quarantine restrictions for all arrivals.

“Replacing the experience and leadership of a SOCC staple like Jason is impossible; you can only hope to develop the remaining team members to perform at the level he established,” said David Rouse, managing director of SOCC.

Born and raised on O‘ahu, Sato was just 19 years old when he began his career at Hawaiian Airlines.

“I grew up at Hawaiian Airlines,” he said, sharing that he spent most of his adult life with our airline. “I was getting my degree at the University of Hawai‘i at Mānoa and needed to find a part-time job. Hawaiian was expanding and so I applied to become a part-time ramp agent at what is now the Daniel K. Inouye International Airport. I later got a full-time guest services agent position, moved up to a chief agent, then transitioned to Hawaiian’s headquarters as an operations controller in its operations center.” 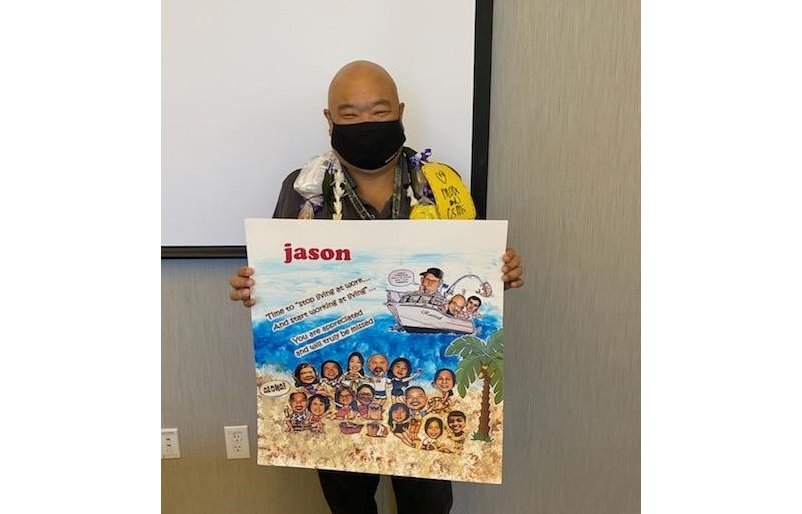 Sato holding a poster that his colleagues made for his last day at Hawaiian Airlines in late August.

In 2003, amid a global expansion of our network, the need for an integrated, full-service operations center became increasingly important, Sato recalled.

“When I started in operations, there wasn’t a SOCC. Flight operations, crew scheduling and dispatch all functioned under separate departments," he said. "As we grew, we realized we needed to operate as one unit to ensure seamless operations.” The new center, Sato explained, was designed to integrate and better orchestrate critical functions like aircraft route assignments, crew scheduling, and disruption management caused by events like severe weather or, in today’s case, a pandemic.

Sato, alongside six peers, was among the first to get our SOCC up and running. “When our SOCC opened, I was brought in as a manager and had the opportunity to help build what it is today," he said. "Bringing the different operational groups together helped us do our jobs better, and improved communication so we could respond to operational disruptions more quickly.” This transition to a more streamlined and efficient operations center is a major reason why our airline has been the nation's most punctual carrier for 16 consecutive years.

During his time at our headquarters, Sato said he worked with the same team for years. “I saw a lot of the same faces every day over the years. I’m going to miss all the people in the company – especially my SOCC MOD (Manager on Duty)/CSM (Customer Service Manager) teammates who became my family,” he added. “I know the company is in good hands.” 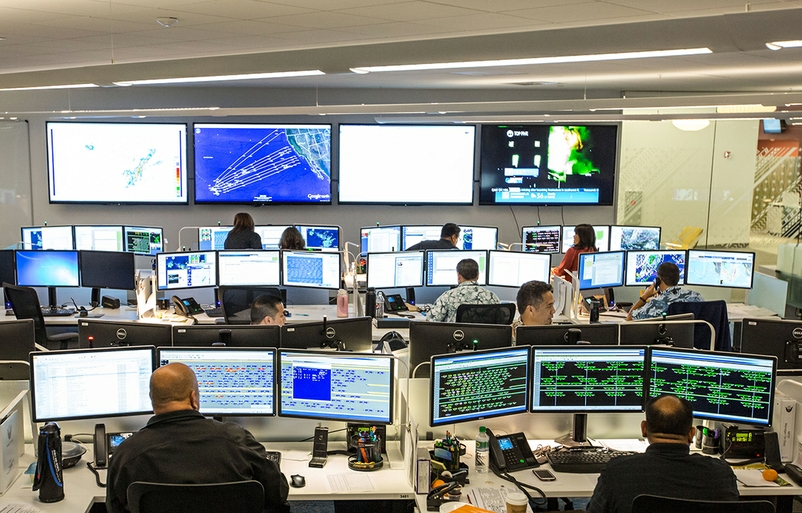 Our bustling SOCC before the COVID-19 pandemic.

When asked about the best part of his job, Sato said his passion for his work was renewed whenever our airline added a new destination or aircraft. “Though my favorite memory was when I was a chief agent and I got to assist during Hurricane Iniki,” he said. “We were flying free relief flights to Līhu‘e and I was assigned to screen all the people allowed on the flights. I spoke to every single passenger before they were given a boarding pass and heard the compassion in each of their voices. Only residents, government officials and reporters were allowed to travel, and I felt the strong sense of ‘ohana and coming together to help our communities.”

In his retirement, Sato plans to relax at his home on O‘ahu, spend time with his mother, and plan a trip around the world.

On behalf of our entire ‘ohana, mahalo for your 34 years of service, Jason. A hui hou, friend.