Today kicks off Honolulu Pride Month: a time when flags adorned with the ānuenue (rainbow) fly high in the sky, and celebrations of diversity and unity overpower the clout of discrimination.

October is a colorful month in Hawaiʻi with bustling parades, vibrant festivals, and diverse networking events that draw thousands of people in support of the islands’ thriving LGBTQA community. At the helm of the monthlong party is the Hawaiʻi LGBT Legacy Foundation, the nonprofit behind staple local events like the Honolulu Pride Parade & Festival.

Hawaiian Airlines during the last Honolulu Pride Parade, which gathered more than 400 Team Kokua employees, friends and family to walk in solidarity with the LGBTQA community.

Hawaiian has sponsored the festival since 2017, which has kept employees like Cameron Kadooka, a flight attendant and longtime member of Haʻaheo (pride), our company’s LGBTQA employee resource group (ERG), both busy and energized.

“Haʻaheo traditionally leads the vision for what our airline's participation in the Honolulu Pride Parade will look like every year. In addition, we're providing volunteer support for other mainstay LQBTQA events that our airline sponsors, like the Honolulu Rainbow Film Festival and the Annual Honolulu AIDS Walk,” Kadooka explained. 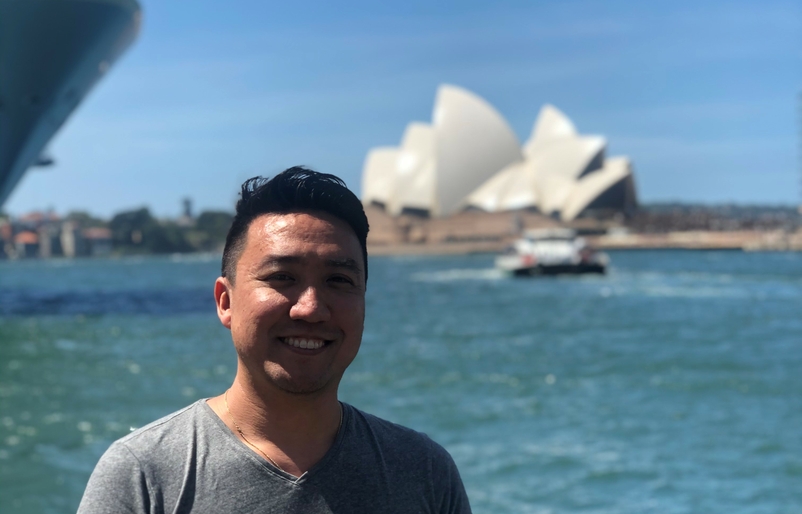 Kadooka in Sydney prior to the pandemic

Due to COVID-19 safety rules, this year’s Honolulu Pride Month events have pivoted to scaled-down versions or virtual formats.

“Because of the current restrictions on gatherings, we are unable to move forward with our usual work during Pride Month but have encouraged our members to attend the virtual events. I think I speak on behalf of all of Haʻaheo when I say that we are really looking forward to getting back to celebrating Pride Month in person again,” he said.

For nearly four years, Kadooka has worked alongside scores of Hawaiian Airlines employees in building up Haʻaheo, which fosters inclusivity and diversity. While Pride Month is every month for the ERG, Kadooka feels there’s still nothing like October in Hawaiʻi.

“Pride Month is special; there’s really no other time like it,” he said. “And while it’s very much about overcoming differences and celebrating diversity, it’s also about reaching out a hand, figuratively and literally, to those who might be struggling with their sexual or gender identity. The LGBTQA community in Hawaiʻi is so vibrant and supportive, so we (the ERG) feel a kuleana (responsibility) to bring our work ʻohana together to kōkua (help) those having a hard time and remind them that we're here for them – they are not alone.” 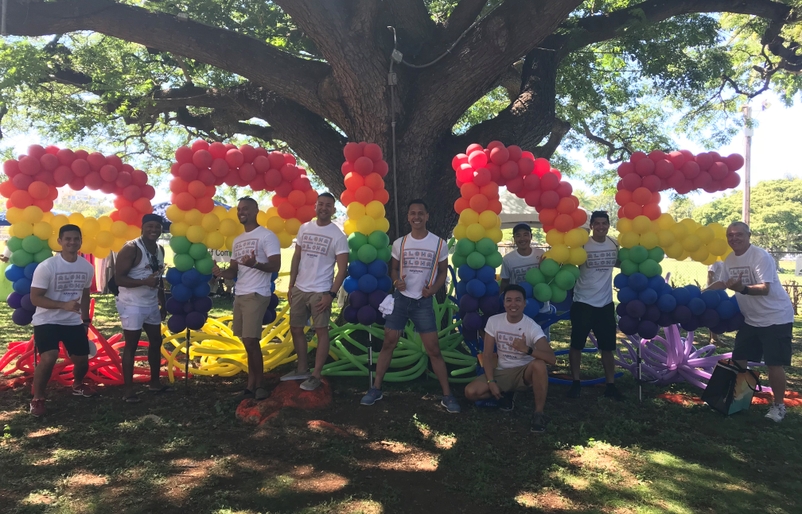 Hawaiian Airlines employees and Haʻaheo members pictured in front of a PRIDE balloon sign during a past Pride Parade.

Beyond Pride Month, Kadooka says that fighting discrimination and supporting the LGBTQA community is a year-round effort.

“We can carry the ideals of Pride Month with us every day” he shared. “We don’t have to limit our celebrations to one month on the calendar. Throughout the year, we can all work toward being there for each other, loving and accepting one another, and pushing for more inclusivity. Allyship is everything and can make a big difference for those who may be struggling to find others who make them feel safe and supported.

“Remember: love is love, and it comes in all different shapes and sizes,” he added. 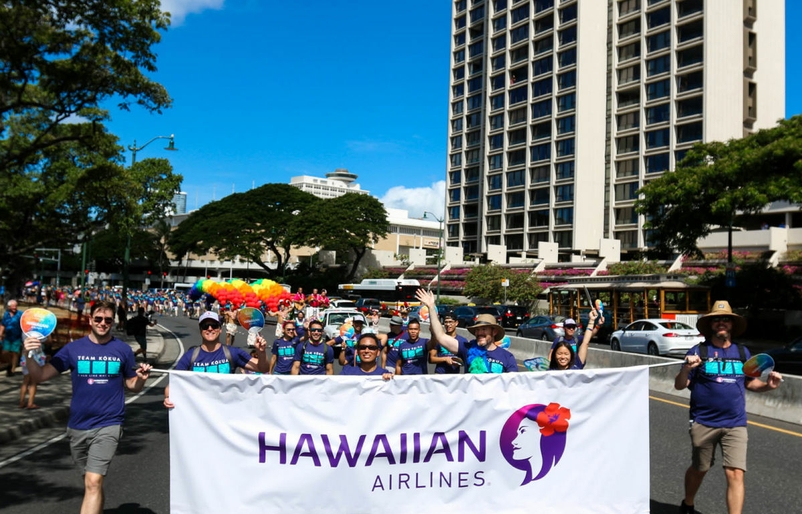 Hawaiian Airlines employees during a past Honolulu Pride Parade.

Hawaiian Airlines is proud to be the presenting sponsor and official airline of this year's Honolulu Pride Parade & Festival, furthering our support of the Hawaiʻi LGBT Legacy Foundation’s mission of promoting and facilitating activities to unify Hawaiʻi's LGBTQA community. We take pride in our commitment to diversity and inclusion. As the hometown carrier for more than 90 years, we’ve had the privilege of representing our islands’ diverse communities through our greatest asset – our people. We stand proud with our LGBTQA co-workers, family, friends and neighbors in promoting love and sharing aloha with all.

While Pride Month will look a little different this year, the celebration continues. We encourage our readers to check out the Hawaiʻi LGBT Legacy Foundation’s calendar of virtual events this year. To learn more, click here