The deep Polynesian ties between Hawai‘i and the U.S. territory of American Samoa, along with Hawaiian Airlines’ 35 years of service connecting our islands, make us feel much closer to the people of Tutuila, Aunu’u, Manu’a, and Swains Island than the 2,000-plus miles of ocean that separate our archipelagos.

It was in this spirit of “one ‘ohana (family)” that a team of Hawaiian Airlines employees sprang into action last week to support an emergency medical flight mission to respond to a measles outbreak in the Independent State of Samoa.

Led by Hawai‘i Lt. Gov. Josh Green, the public-private, multi-agency partnership demonstrated the power of lōkahi (teamwork) and the collective aloha shared by the people of Hawai‘i and their Pacific island neighbors.

Given the urgency of the effort, Hawaiian’s task, broadly speaking, involved selecting and removing a wide-body aircraft from regular schedule, obtaining the required regulatory permissions to fly into a new airport, and properly crewing and equipping the aircraft for the round trip -- all within 36 hours. 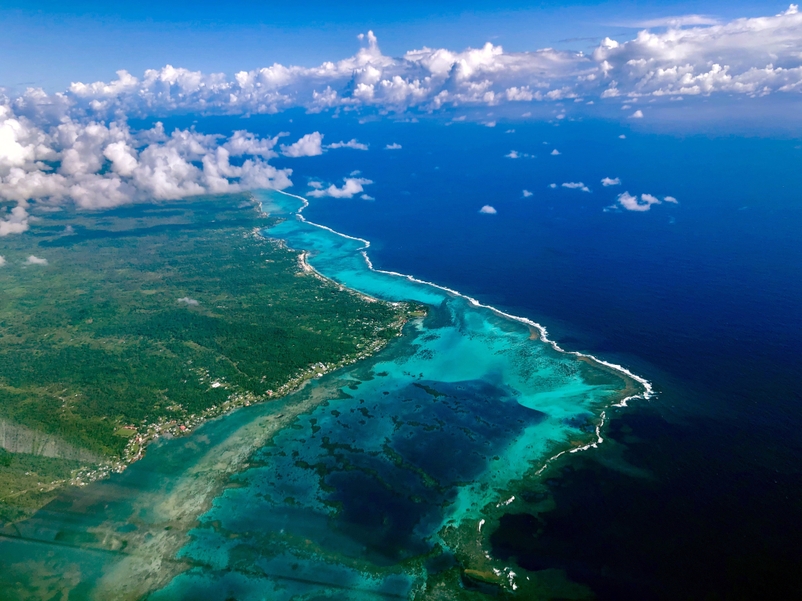 Our charter flight on the approach to Apia.

“Our Systems Operations Control Center (SOCC) periodically receives requests for offline missions, and this was a particularly gratifying charter to organize,” said David Rouse, Hawaiian’s SOCC managing director. “We followed our processes to ensure everything was considered for a safe and succesful flight.”

On the early morning of Dec. 4, as the epidemic had claimed more than 50 lives, mostly children, in Samoa, a Hawaiian Airlines Airbus A330 aircraft departed Honolulu’s Daniel K. Inouye International Aiport (HNL) to Apia carrying more than 75 health care professionals, medical equipment and thousands of vials of measles vaccines.

“My wife grew up in Samoa, and we have family there, so I jumped at the opportunity,” said Ryan Pettit, an A330 first officer who helped operate Hawaiian’s arrival at Faleolo International Airport just as daylight was breaking. “This was an example of humans helping humans and I was excited to be a part of this effort.” 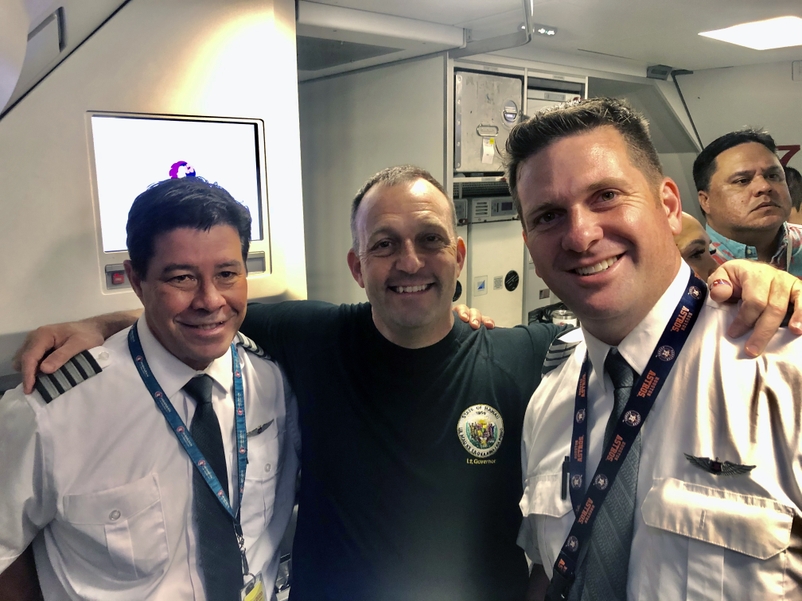 Yesterday, as part of Hawaiian’s ongoing support in the region, the airline transported an additional supply of thousands of measles immunizations onboard our regularly scheduled flight from Honolulu to American Samoa.

On Oct. 4, 1984, Hawaiian Airlines initiated service to Pago Pago International Airport (PPG), connecting Hawai‘i to the U.S. territory of American Samoa through the first regularly scheduled transpacific passenger flight in company history. Our operations and service between HNL and PPG are unaffected by the measles outbreak; however, the Centers for Disease Control and Prevention encourage travelers to American Samoa to practice usual health precautions to ensure they are protected against measles and other transmittable diseases. Please click here for more information.

Click below for a slideshow documeting our charter to Apia: 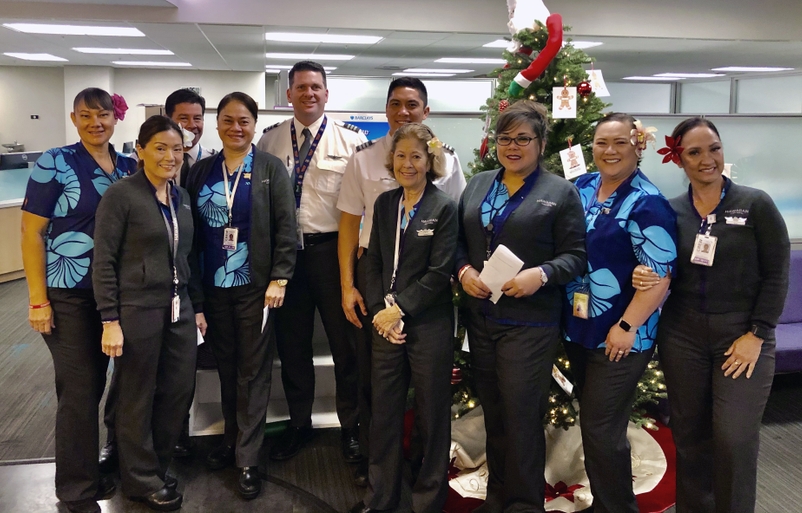 The crew who operated Hawaiian Airlines' charter flight between Honolulu and Apia on Dec. 4. 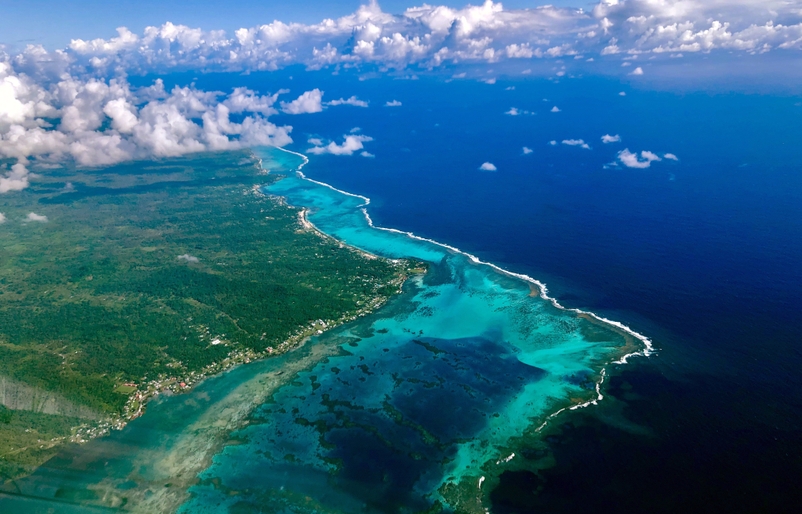 The view of Samoa during the flight approach to Apia. 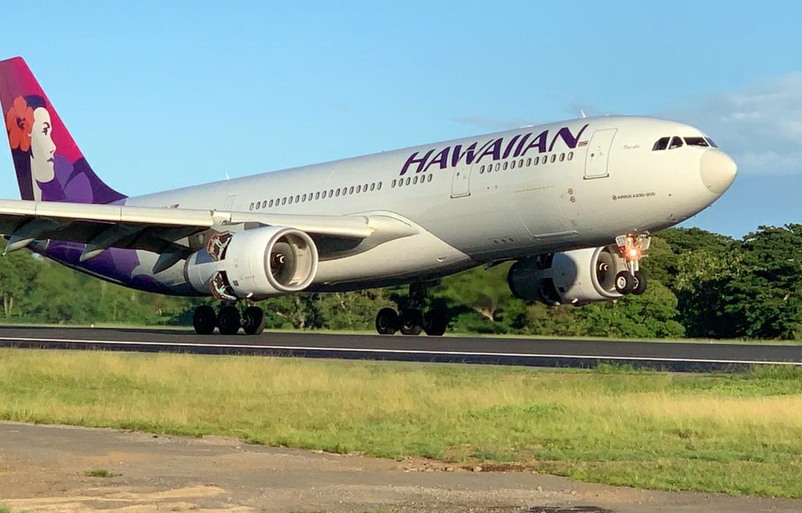 Our Hawaiian Airlines' Airbus A330 aircraft arrives at Faleolo International Airport on Dec. 4. 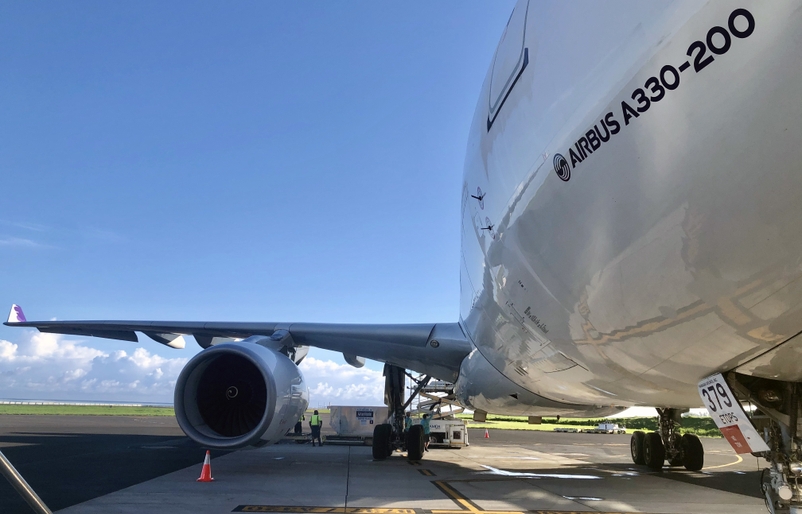 Our Hawaiian Airlines' Airbus A330 aircraft blocked in at Faleolo International Airport on Dec. 4. 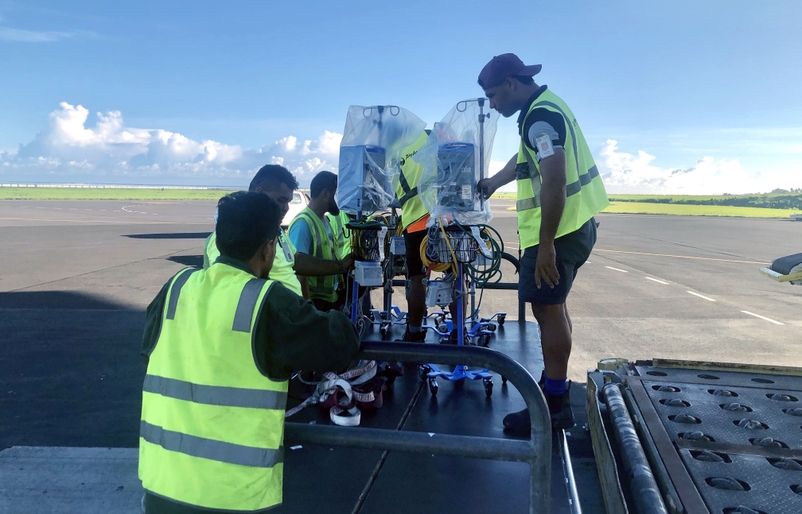 Medical equipment is offloaded in Apia on Dec. 4 as part of a medical flight mission to combat a measles outbreak.