When Hawaiian Airlines flight 446 took off from Auckland for Honolulu on Sept. 12, 2018, Charlie (Charlene) Thomas hid her fear of flying. Instead, the 16-year-old environmental activist channeled her focus on the opportunity ahead: cleaning O‘ahu dirtiest shores to shed light on the problem with marine debris and microplastics.

Thomas was one of the eight Kiwi youth ambassadors selected for the project organized by the Sea Cleaners, a New Zealand-based nonprofit partner of Hawaiian Airlines and Hawai‘i Tourism Oceania. 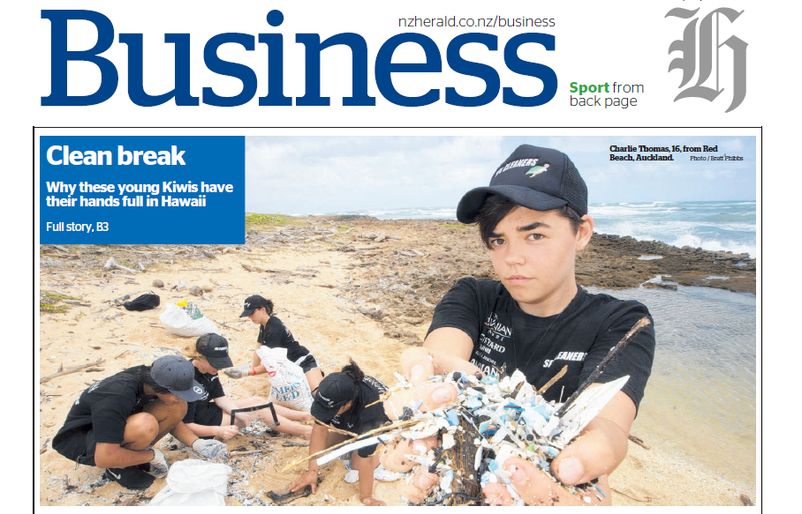 Thomas was featured on the front page of the New Zealand Herald's business section (Sept. 17, 2018 issue) while on assignment on O‘ahu with the Sea Cleaners.

The initiative was rekindled several months later in 2019 when three Hawai‘i students traveled to Auckland to return the favor and mālama (care for) Kiwi coastlines. Thomas, who was hired as a full-time Sea Cleaner after her trip, showed the newest cohort of youth ambassadors the ropes. The exchange was one of several hundred initiatives that she worked on, taking her to coastlines throughout the Auckland and Northland regions. 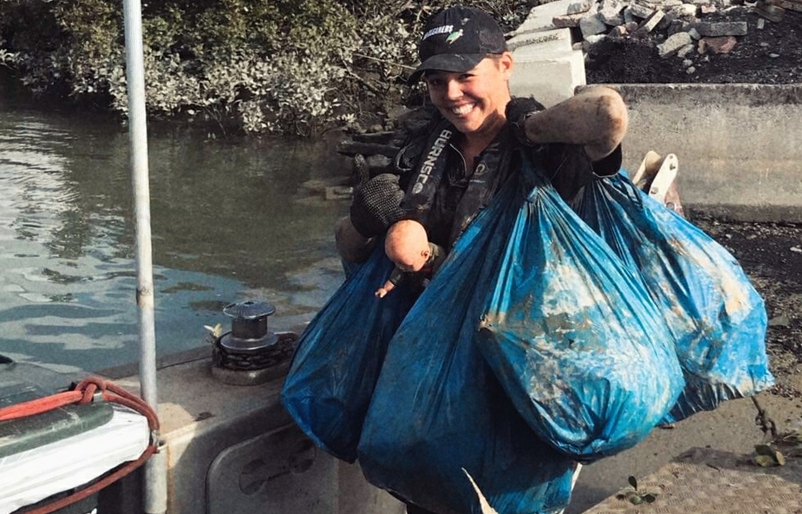 During Charlie Thomas's tenure with the Sea Cleaners, she helped with hundreds of large-scale cleanups and removed debris from coastlines throughout New Zealand. Finding odd items, such as discarded children's toys that had washed ashore, was not uncommon.

Fast forward to 2020 and Thomas, 18, is preparing to work alongside experts at the Kure Atoll Conservancy during an eight-month field camp on the Kure Atoll.

Located over 1,400 miles from O‘ahu, Kure is the most remote portion of the Northwestern Hawaiian Islands. The 220-acre island is a stopping point for migratory birds traveling between North America and Asia, and home to over 7,000 species of marine life, including Hawaiian Monk seals, green sea turtles, and native seabirds. Kure is protected under the Papahānaumokuākea Marine National Monument, named a UNESCO World Heritage Site in 2010 and “the largest conversation area on Earth” as of 2016. 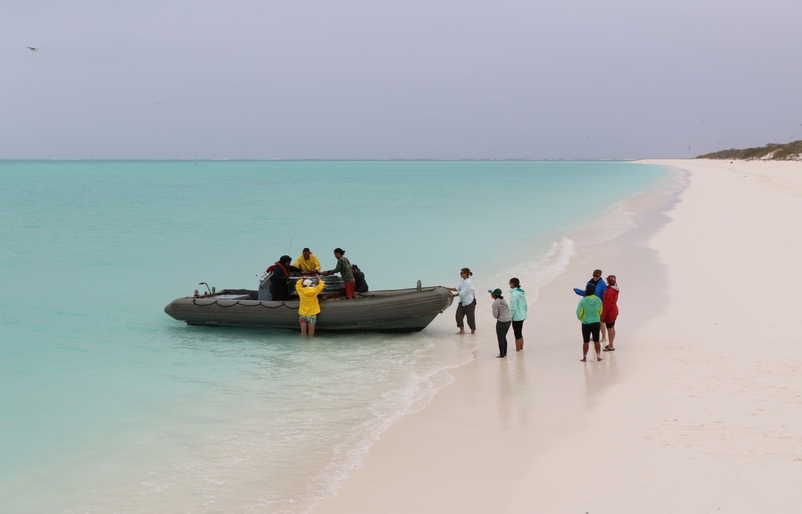 IMAGE CREDIT: Hawai‘i Department of Land and Natural Resources
An image of a former field camp group at the Kure Atoll in the Papahānaumokuākea Marine National Monument.

Thomas will be the youngest of four program volunteers and the first New Zealander to ever work at Kure Atoll. She’ll live in a solar-powered facility and spend her days without internet access, cell phone service, ground transportation or food that hasn’t been flown or boated in, and her bags will only be packed with the clothes she needs, some art supplies, a camera, and a selection of books.

Thomas departs Auckland this week via a Hawaiian Airlines flight to Honolulu. While in town, she’ll undergo a two-week intensive training, led by the Hawai‘i Department of Land and Natural Resources – Division of Forestry and Wildlife, before fully transitioning her life to the Kure.

When did your love for and dedication to the environment start?

CT: As a child. We have a bach (cabin) on Great Barrier Island in the Hauraki Gulf and I would hunt the beach for shells, rocks, bones, treasures to keep. When I was about 10 or 11, I went out for a long time with my net and bag and came home with nothing but rubbish, bits of plastic mostly.  After that, my Dad and I did a survey of our own, along the entire shoreline. We collected enough plastic rubbish equivalent to about 770 of those two-liter plastic milk bottles.

What impact did your first Sea Cleaners Youth Ambassador trip to Hawai‘i have on you?

CT: Hawai‘i changed absolutely everything. It was the beginning of a new chapter for me. When I returned to New Zealand, I was offered a job with Sea Cleaners. I had a much broader perspective of the issue of pollution by marine plastics and a burning desire to help to educate more people. 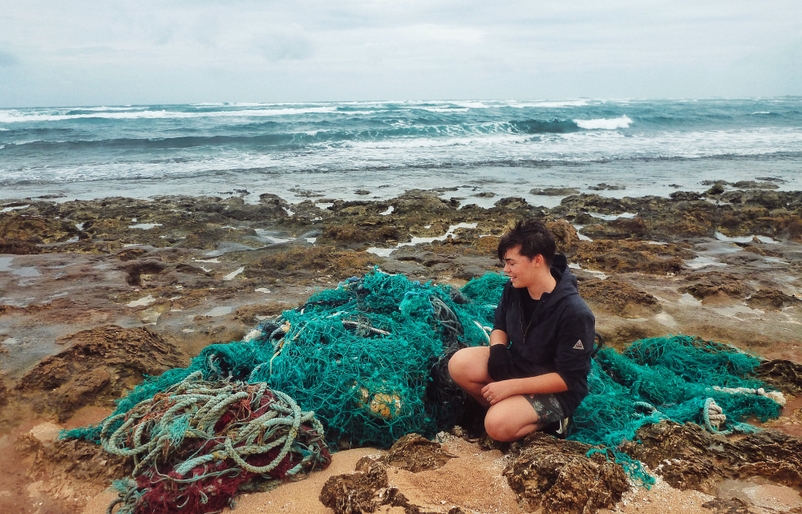 Thomas pictured next to piles of fishing nets and mooring rope during her first Sea Cleaners to the North Shore of O‘ahu.

Do you have a fond memory of your time in Hawai‘i?

CT: I am inspired by Laysan Albatross; just as canaries were to the coal miners, Laysan Albatross are to the oceans. I saw my first Laysan Albatross as I was staring out the window on our Hawaiian Airlines neighbor island flight to Maui.  I just kept on watching them flying about out there in the distance, white specks and that helped me to stay calm as I am not so good at flying.

Who else inspires you?

CT: Sir David Attenborough always and now, massively, artist Chris Jordan. I can’t begin to explain how important his work is through film and images. He made a visual documentary called Albatross that everyone should see. It shows exactly the damage created by marine plastics and much more. 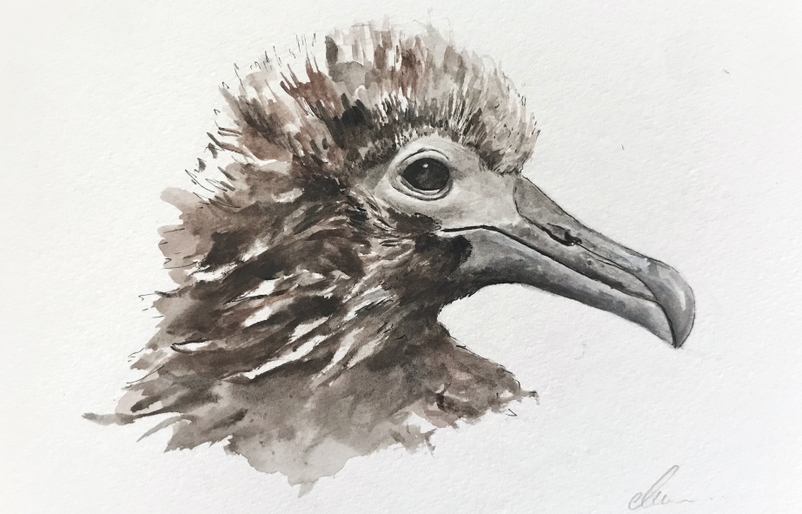 An artist at heart, Thomas has garnered extra funding for her trip to the Kure Atoll by selling her artwork. Pictured above is one of her pieces, a watercolor painting of a seabird.

In addition to leading cleanup operations with the Sea Cleaners, I’ve heard you’ve been speaking at primary schools throughout New Zealand. How was that experience and do you think it was well-received by the students?

CT: It was amazing. Children are so keen to learn and their questions are not silly. I speak about my own experiences in New Zealand and Hawai‘i. We received many letters and cards afterward telling us how they have been inspired and that they want to do what we do.

After Kure Atoll, [working with youth] is what I want to do more of. Educating young people is what will make a difference in the future. We have to continue to spread awareness…to open eyes.

In Oceania, Hawaiian has participated in a series of activities centered on the environment and particularly the engagement of young New Zealanders. How did that come about?

RW: It's all part of giving something back to the communities we serve. In New Zealand, just as in Hawai‘i, we share common concerns about the preservation of culture, language and environmental sustainability including our shorelines. There's a strong sense of responsibility to take care of the land, ocean, and community and to encourage future generations to do the same.

Our airline has partnered with the Sea Cleaners now over several years. Can you walk us through how the partnership was formed?

RW: Hawaiian Airlines is committed to supporting nonprofit organizations that protect the environment in Hawai'i and in the markets we serve. In New Zealand, one organization that caught our eye was Sea Cleaners – a natural fit.

Since 2002, Sea Cleaners have removed more than 8.8 million liters (or 2,326,700 gallons) of rubbish from New Zealand’s coastlines, equating to over 85 million individual pieces collected and over 160,000 total volunteer hours. Controlling pollution by marine plastics is a concern shared around the world especially in countries and destinations bordered by the oceans — as both Hawai‘i and New Zealand are.

Our first collaboration with Sea Cleaners and Hawai‘i Tourism Oceania involved cross-cultural coastal cleanups where Kiwi and Hawai‘i youth worked side-by-side on O‘ahu's shorelines and later on Rangitoto Island just off the coast from Auckland. Our own Team Kōkua joined them and it was fantastic (and a lot of hard work!) to see everyone coming together to highlight the issue of marine plastics in the Pacific. 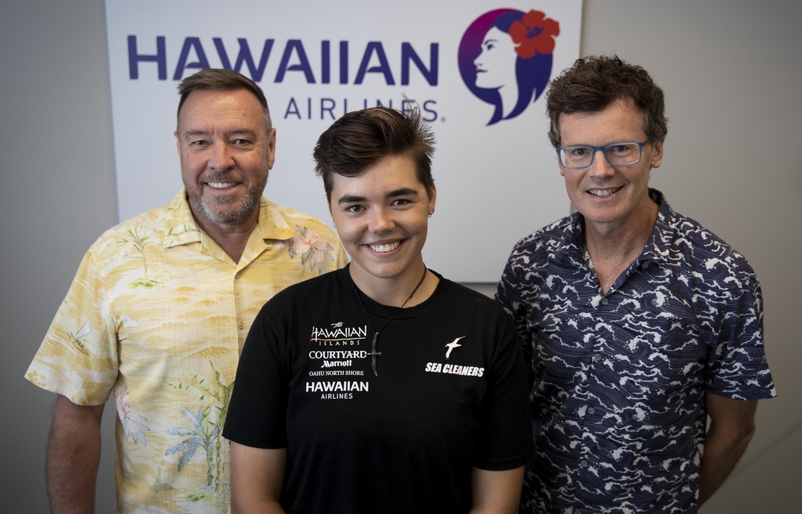 In your opinion, how important are youth ambassadors in environmental sustainability?

RW: Really important. It’s youth leading the way and at 18 years of age, Charlie Thomas and like-minded young New Zealanders working with Sea Cleaners deserve our encouragement. Not only are they spending countless hours working to repeatedly clean up our New Zealand coastlines, but they also play a very important role in leadership and education.

Thomas and other youth leaders like her get out and about in schools to educate younger kids to dispose of their rubbish in eco-friendly ways including recycling. So on one hand, they repeatedly clean up the rubbish on our shorelines, but they also work hard to limit pollution at the source by teaching our youngest Kiwis how to protect the environment and steward others.