On Oct. 11, 1975, Emperor and Empress Hirohito of Japan charted a Hawaiian Airlines aircraft for a trip between O‘ahu and the Island of Hawai‘i. The political couple, who made a historical appearance in Honolulu the day prior, flew to Kona to stay at the Mauna Kea Beach Hotel before jetting back to Tokyo. 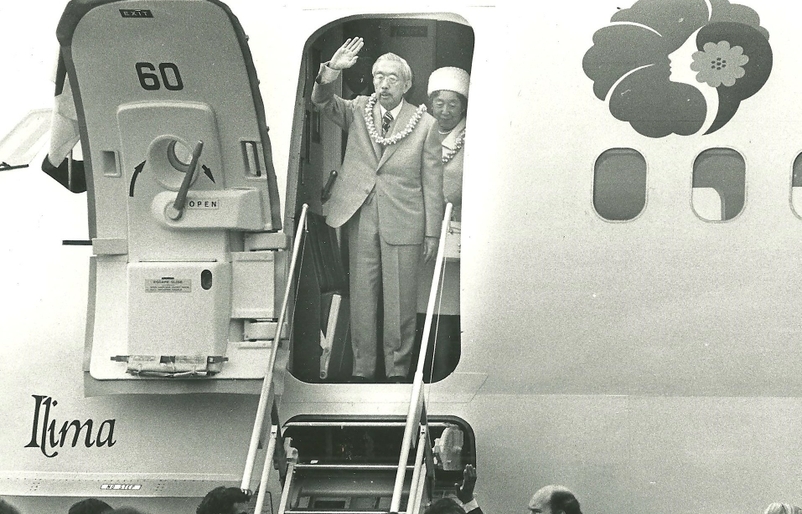 Our newest McDonnell Douglas DC-9 was used to complete the round-trip flight. The aircraft was retrofitted with specially designed bulkheads, privacy curtains, and staffed with four Japanese-American flight attendants to welcome the royal entourage. 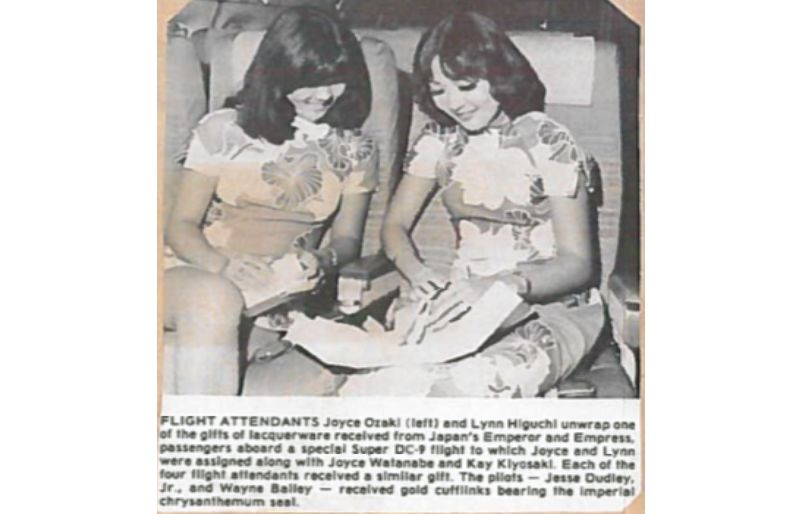 A clip from a former Hawaiian Airlines employee newsletter highlighting the historic moment for our staff. The caption states: Flight attendants Joyce Ozaki (left) and Lynn Higuchi unwrap one of the gifts of lacquerware received from Japan's Emperor and Empress, passengers abroad a special Super DC-9 flight to which Joyce and Lynn were assigned along with Joyce Watanabe and Kay Kiyosaki. Each of the four flight attendants received a similar gift. The pilots, Jesse Dudley Jr. and Wayne Ballet, received gold cuff links bearing the imperial chrysanthemum seal.

The royal family’s trip to Hawai‘i was the last stop of a U.S. tour, and their appearance in Honolulu – Hirohito’s first since World War II ended three decades prior – was a momentous occasion for O‘ahu’s Japanese-American community, according to the New York Times.

“[The Emperor’s] weekend itinerary [in Honolulu] carefully avoided any of the numerous physical reminders of the Pacific war and the attack on Pearl Harbor on Dec. 7. 1941, that was carried out in the Emperor's name. But in remarks […], the Emperor alluded to the war when he described a century of friendly relations between the two countries. ‘It is regrettable that those bonds were ever broken, and I rejoice that they were restored and are stronger than ever,’ he said,” according to the Times. 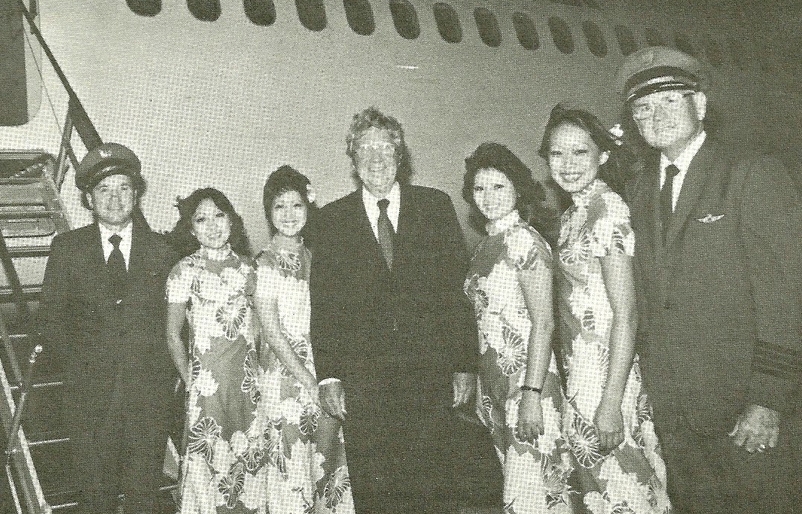 Deep cultural ties are part of the reason why 1.6 million Japanese travelers visited Hawai‘i in 2018, including the nearly 392,000 visitors who chose Hawaiian Airlines to travel to our islands. 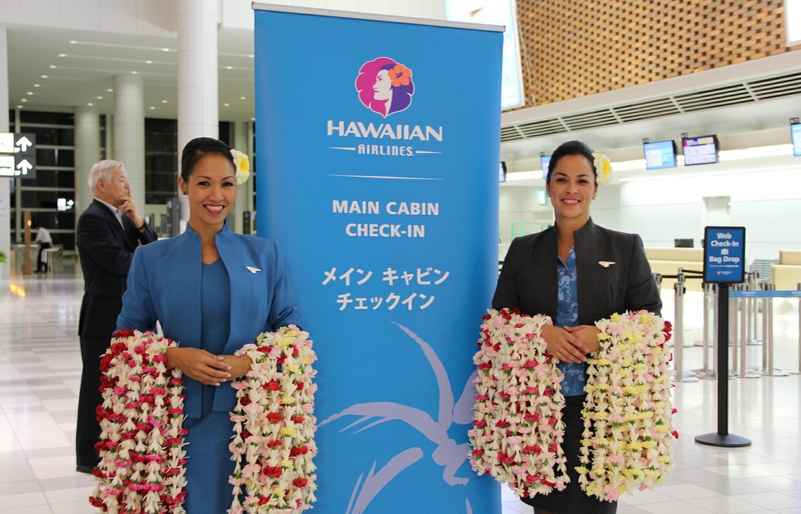 Our flight attendants preparing to greet our Japanese guests with fresh lei during the inaugural flight between New Chitose Airport and Daniel K. Inouye International Airport in 2013.

Facilitating travel between Hawai‘i and the Land of the Rising Sun continues to be a significant focus for our airline. We entered the market in 2010 with nonstop service between Haneda and HNL and have since added four popular routes, connecting Sapporo, Osaka and Narita to Honolulu, and Haneda to Kona on the Island of Hawai‘i. 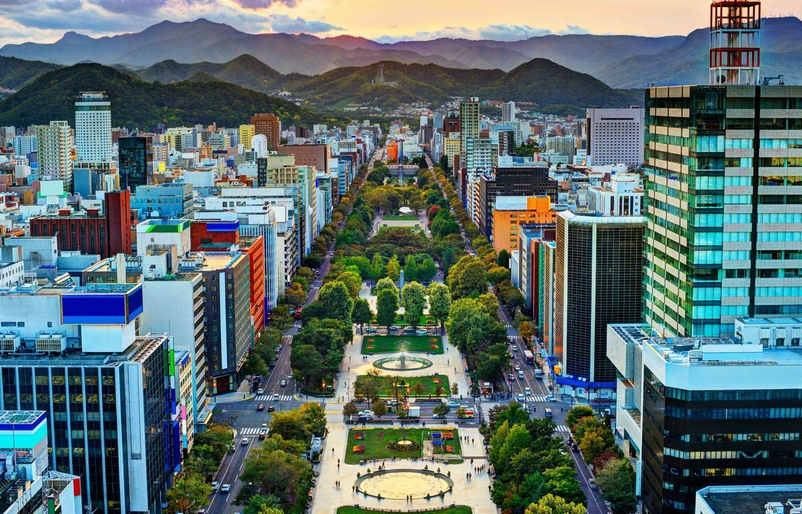 Beginning Nov. 26, we’ll expand our thriving network by launching service between HNL and Fukuoka on the island of Kyushu.