By 1947, the company was exploring innovative flying services to Hawai‘i. Helicopter operations were commencing in some cities on the U.S. mainland and rotary service was, for a time, considered between the John Rodgers Airport (now the Daniel K. Inouye International Airport) and Waikīkī.

Conversations with the Sikorsky Corporation had progressed to the point that an S-62 helicopter was prepared for purchase and painted in our livery. After a careful cost analysis for rotor-wing operations, executives decided not to pursue the transaction and the helicopter was sold to another customer. 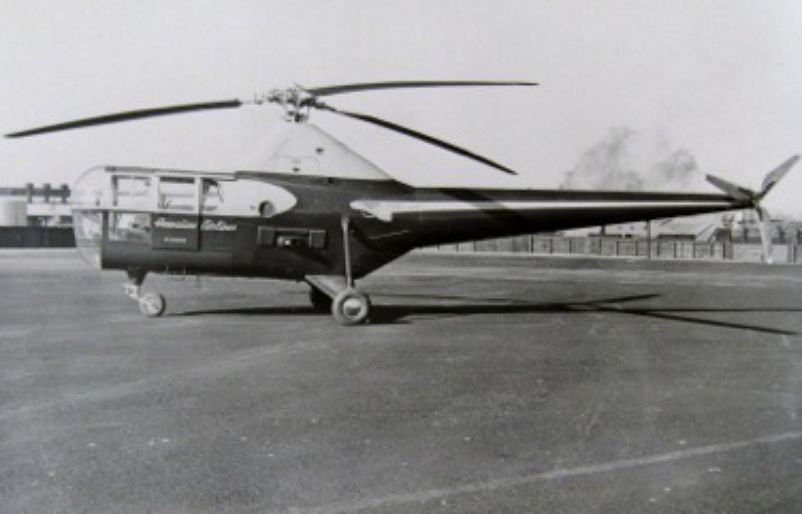 In addition to the S-62 picture above, below you’ll find some of my favorite (and unusual) cargo snapshots taken throughout the 1940s and into the 1950s:

1947: Several large shipments of watermelon were loaded onto one of our first DC-3s during World War II. Much of the military’s fresh fruit was shipped from Maui to O‘ahu, where the bulk of the state’s major military bases still exist. Just look at the size of the watermelons (pictured bottom left)! 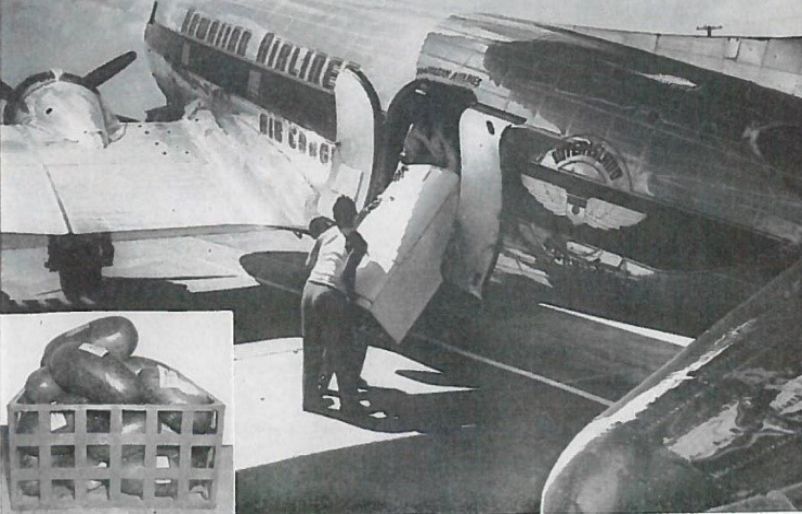 1949: Hawaiian Airlines played an important role in the development of our Neighbor Islands, helping to modernize homes with new appliances. A DC-3 seen parked in front of one of our original cargo facilities prepares to be loaded with a large order of stoves, refrigerators, freezers, washing machines and water heaters before departing O‘ahu. 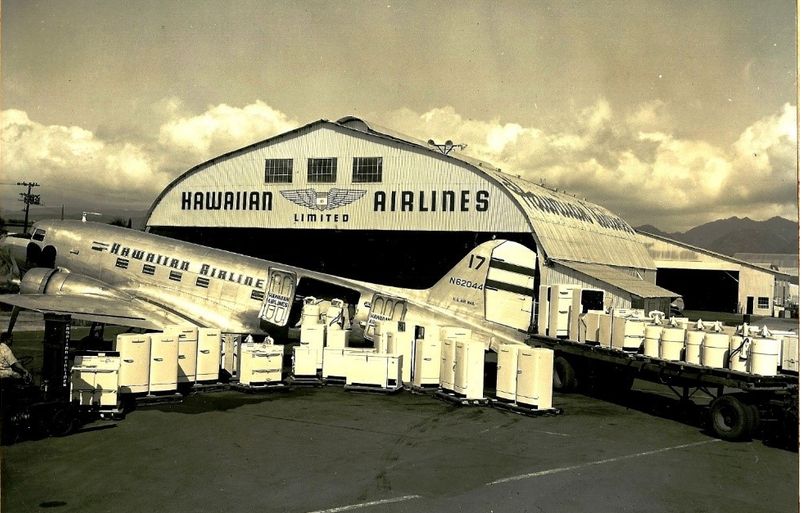 1954: This prize bull arrived on O‘ahu via a steamer from Texas. It was subsequently shipped from John Rodgers Airport to Kona Airport, where it joined a new herd at the Island of Hawai‘i’s Parker Ranch. Our spacious cargo planes often transported livestock between the Neighbor Islands, supporting local farmers and ranchers who built Hawai‘i’s agriculture and dairy industry. 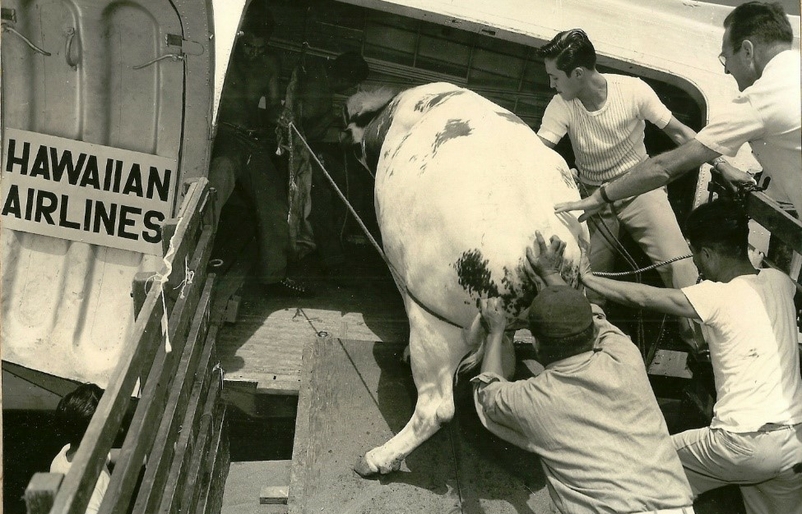 According to the Honolulu Star-Advertiser, “Hawai‘i has one surviving major dairy [farm], with about 700 cows on [the Island of Hawai‘i]. That’s down from 88 dairies and 32,000 cows in 1982 when 100 percent of Hawai‘i’s milk was homegrown."

1954: These sheered sheep were flown to Kona in 1954, where Parker Ranch trucks later transported them to their land in Waimea to expand its sheep farm. 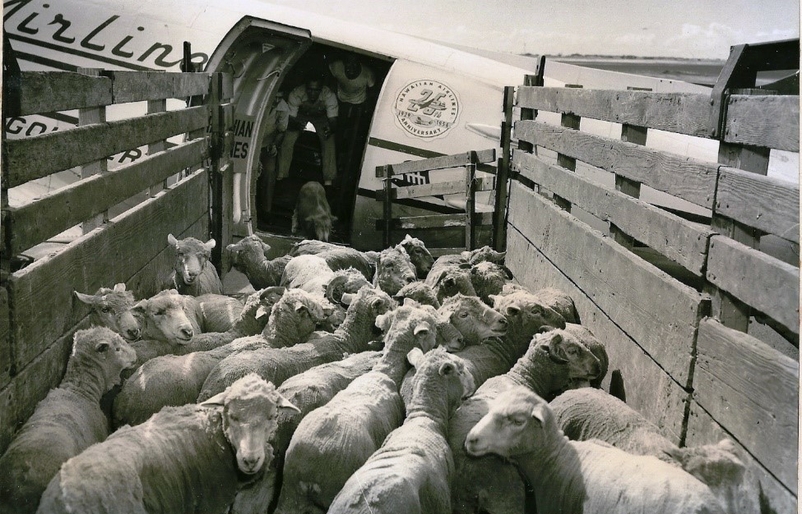 1957: Our DC-3 checked off a new accomplishment (as shown in this photo): shipping its first car! Unfortunately, we do not have records as to where the car was shipped to/from or who owned it. 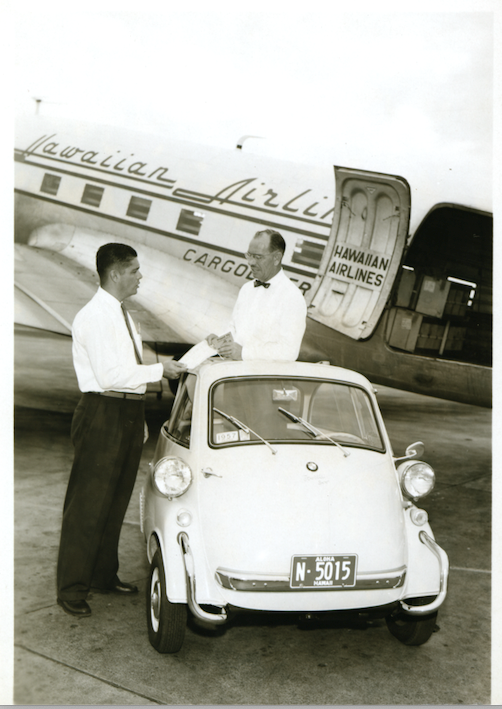