In the summer of 1941, Inter-Island Airways (the former alias of Hawaiian Airlines) made its first large-scale fleet upgrade in company history. After flying amphibious planes for nearly 12 years, our founder Stan Kennedy pushed for the acquisition of three Douglas DC-3s, the aircraft recognized as the greatest of its time.

Our crews worked closely with the Douglas Aircraft Company to retrofit the new planes with fuel tanks that were suitable for transpacific travel. In preparation for what would become Douglas’ longest delivery distance at that time, the planes were first ferried from the manufacturer’s Santa Monica plant to Oakland Municipal Airport. 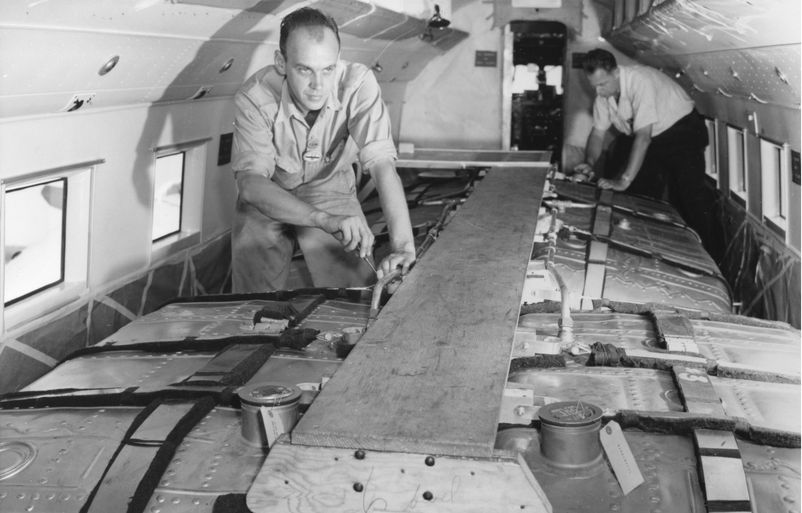 At the dawn of Tuesday, Aug. 26, the fleet of DC-3s took off from Oakland and headed west toward the Hawaiian Islands. After following a specific flight plan over the Pacific Ocean and flying slowly to conserve fuel for the long journey, the DC-3s rounded the eastern face of Diamond Head and turned west toward Honolulu's John Rodgers Airport (now the Daniel K. Inouye International Airport). 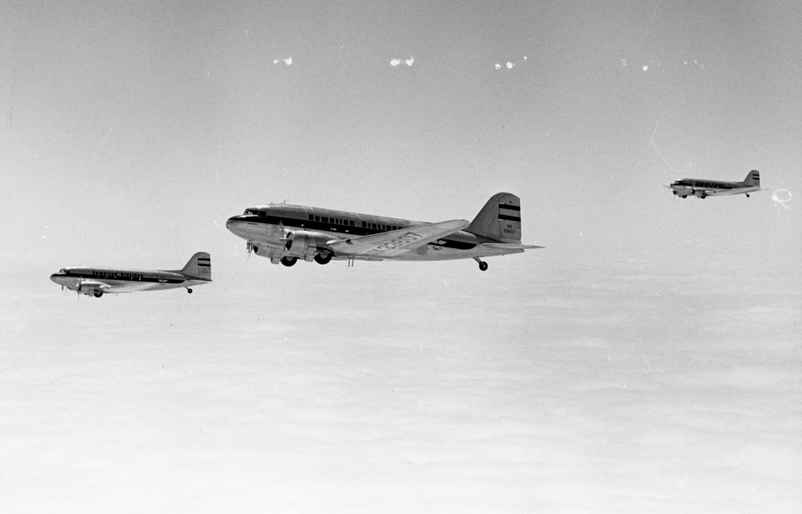 The trip took an estimated 14 hours and the pilots delivered all three aircraft right on schedule. Upon their arrival, they were greeted at the ramp by over 1,000 spectators seeking an up-close look at the revolutionary fleet. 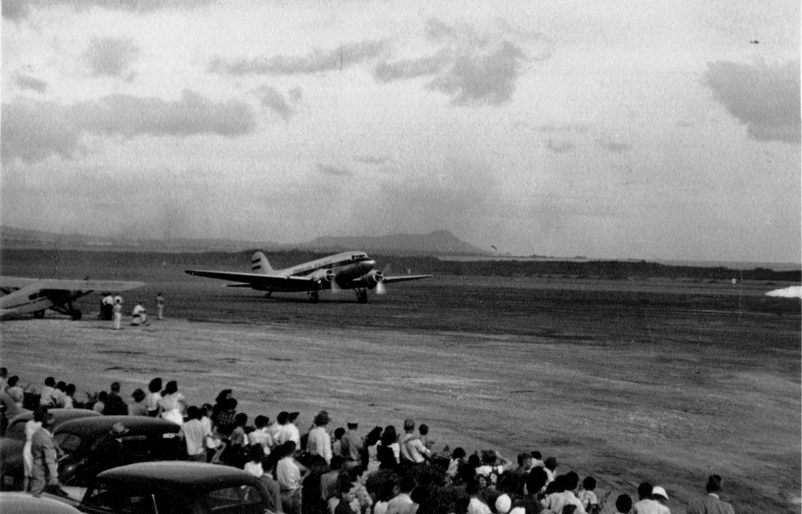 The arrival of the DC-3s also marked a new era for the company, which, as the large, bold red letters painted on the fuselage announced, would from that day on be called HAWAIIAN AIRLINES. 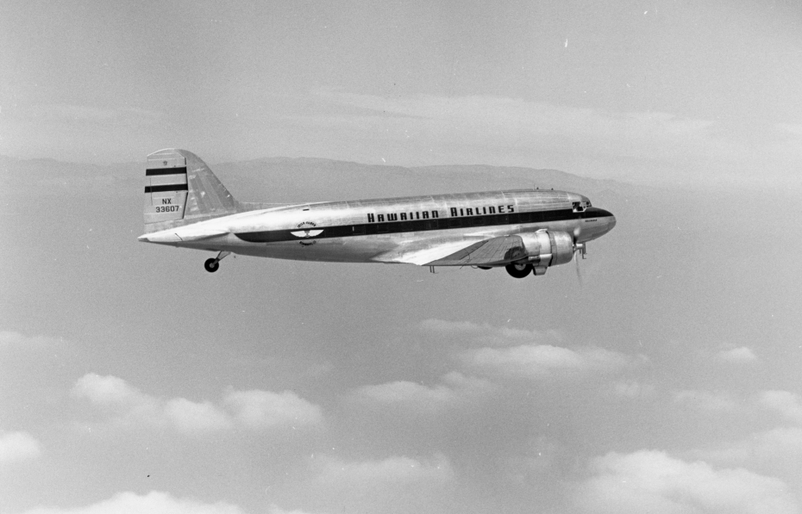