Let’s spin our propellers back to 1929 when Hawaiian Airlines, then called Inter-Island Airways, successfully completed its first scheduled commercial flight from Honolulu to Hilo. Our Sikorsky S-38 aircraft stopped on Maui before flying to the Island of Hawai‘i, where its wheels touched down approximately three hours and fifteen minutes after departing O‘ahu. 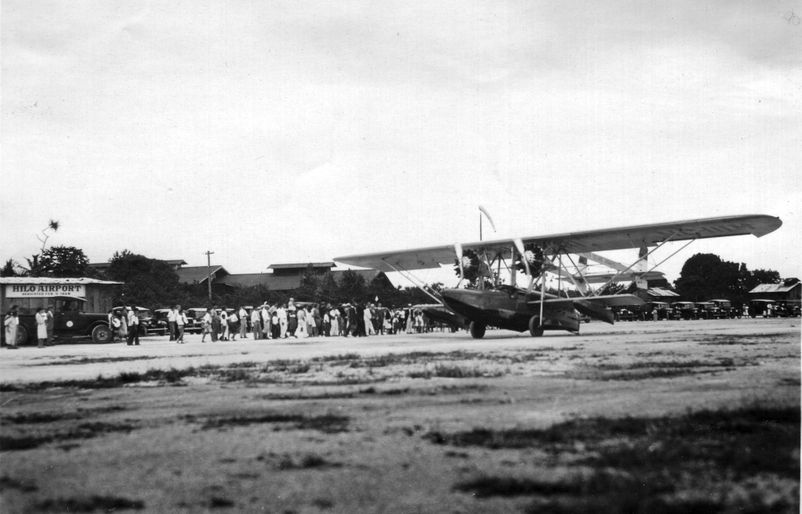 Our Sikorsky S-38 following our inaugural flight to Hilo Airport.

That moment served as a launching point in our airline’s history and was followed with a myriad of milestones documented, restored and preserved by Capt. Rick Rogers, Hawaiian Airlines archivist and former Dash 7 pilot. As part of celebrations marking our 90th year of service, we tasked Rogers with selecting his favorite artifacts in his historical collection to create the first-ever Heritage Pop-Up Showcase, a mini-museum at our company’s Honolulu headquarters.

"Building our archives has been an incredible journey and given me the chance to experience Hawaiian Airlines’ fantastic history first-hand,” said Rogers. “We designed the room to tell the story of our humble beginnings and, after spending years collecting, categorizing and protecting these items, I couldn’t be happier to finally open this special space.” 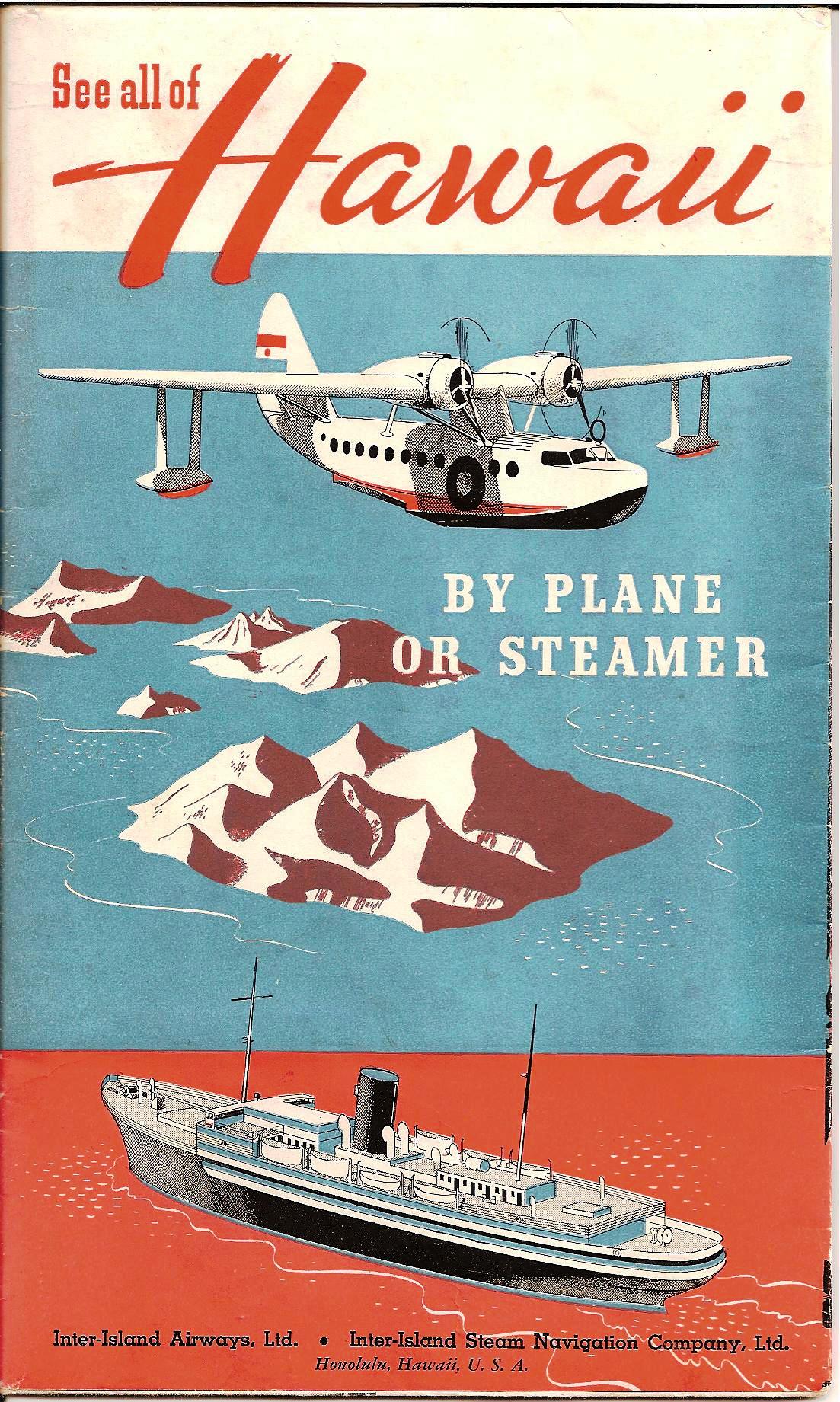 The Pop-Up near our lobby is filled with a selection of items from the 1920s to 1960s that Rogers has safely kept in our archives. The room gives visitors and employees a quick and unique look at the first decades of our service, generating a sense of pride and place as Hawai‘i’s hometown carrier.

Curious about what’s in it? Join us on a guided photo tour of the Heritage Pop-Up to learn about some of our favorite items: 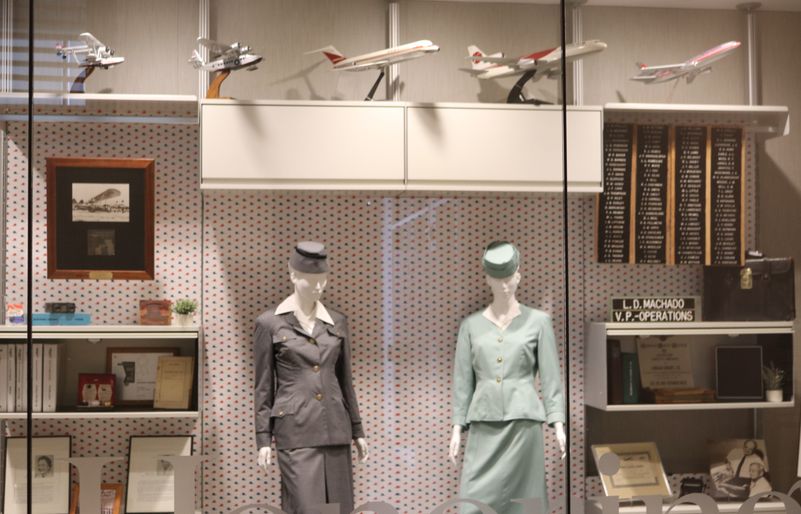 A set of mannequins, each dressed in uniforms once worn by flight attendants in the 1940s and the 1960s, are the centerpiece of our display. Overhead, Hawaiian Airlines aircraft models symbolize our airline’s growth throughout those decades. 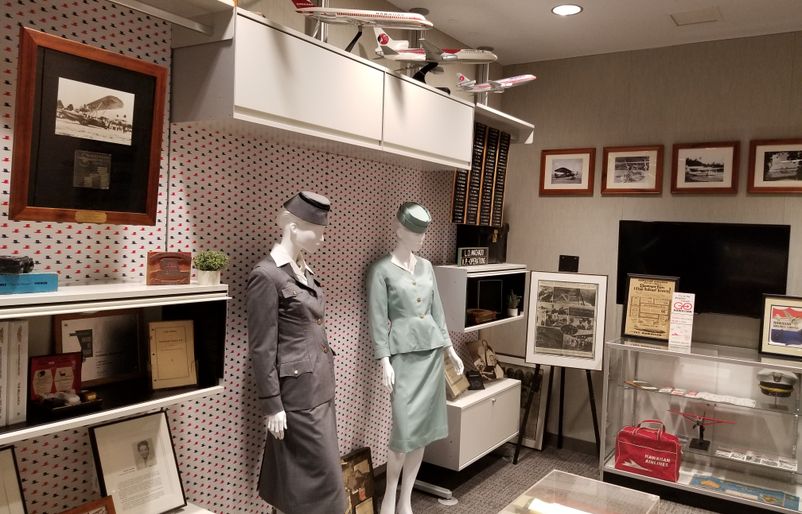 Look for the display of our first inter-island aircraft, the Sikorsky S-38, a twin-engine, eight-seat amphibious plane. The placard features an original photograph of the S-38 in Hilo on the Island of Hawai‘i, taken before our inauguration of scheduled commercial service in November 1929. Next to it, and one of Rogers’ most cherished items, is the aircraft’s real data plate that once branded it as “Aircraft #1.” 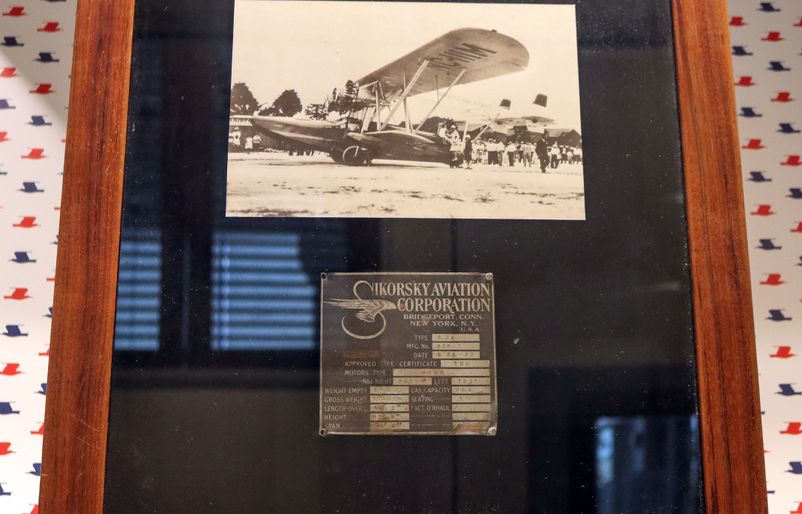 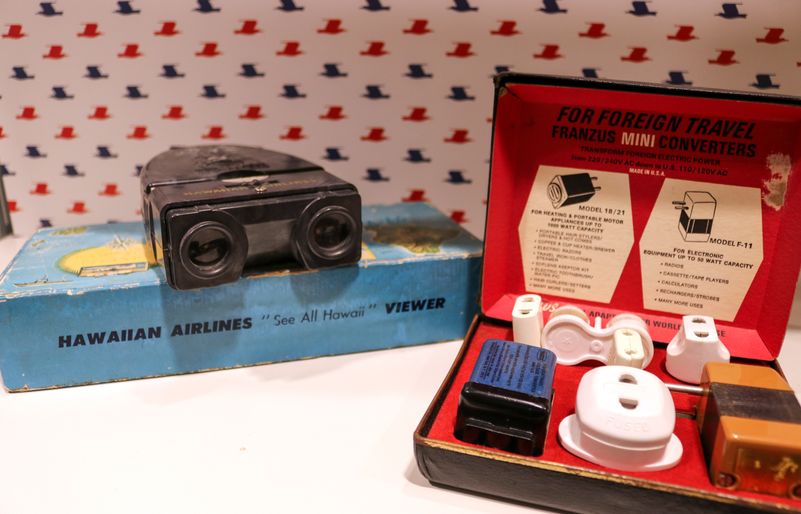 In the 1950s, our guests could experience the Hawaiian Islands before even stepping on our shores by peering through a pair of vintage 3-D viewfinders. These were sold as an exclusive item to travelers looking for an early taste of their tropical vacation with the sights of Hawai‘i. Also displayed is a travel-sized power converter set from the same era, once used for international travel. 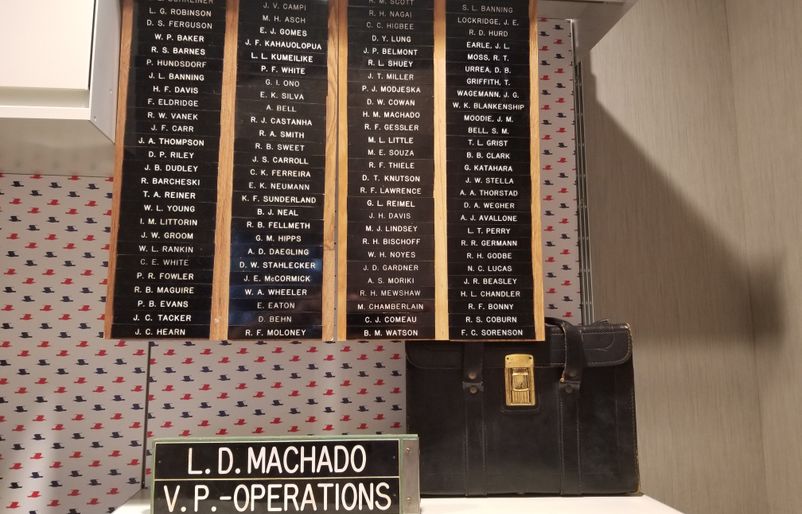 The room boasts a rich assortment of items from our in-flight and pilot divisions. You will see pilot name tags that were, during the propeller era, placed on the bulkhead bins next to the cockpit doors of our Douglas DC-3 and Convair 340 aircraft. Displayed beneath them is the leather pilot bag of Capt. Lionel Machado, who flew several different aircraft in our fleet and later became our vice president of operations as we transitioned into the jet era in the 1960s. 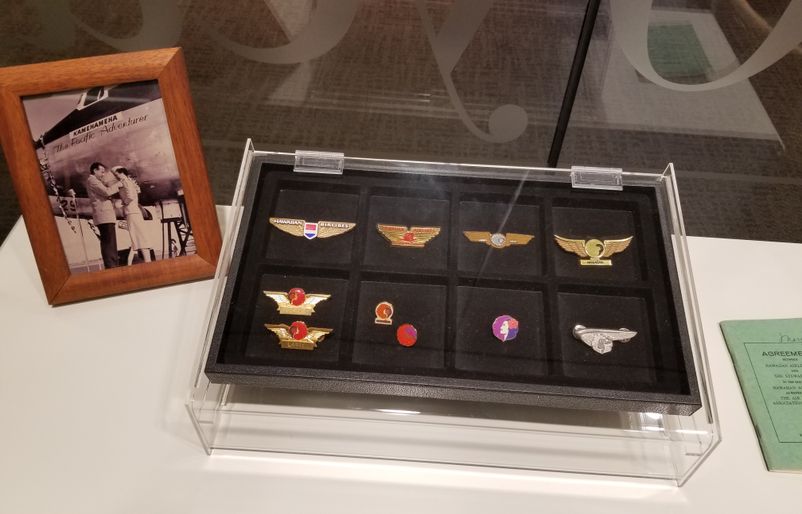 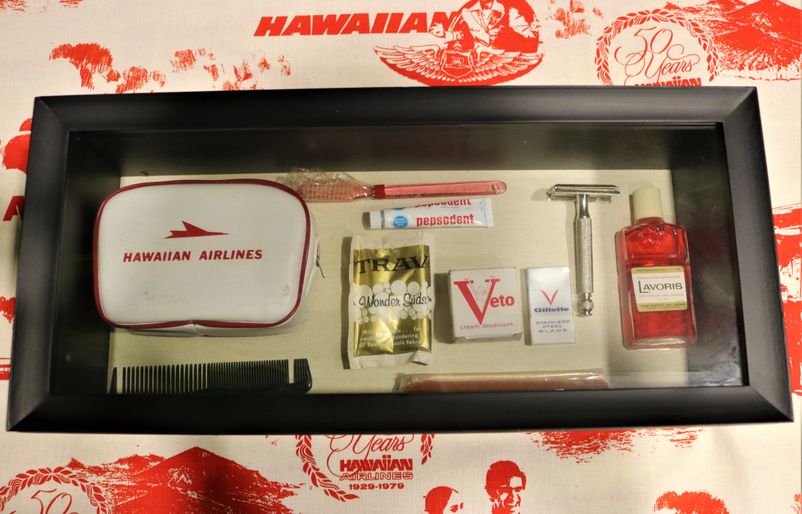 In the center of the room, a plexiglass case houses a large volume of Inter-Island Airways board meeting minutes. This book contains documentation of operations during our earliest years, including days before our first commercial flight. They paint a detailed picture of the genesis of Hawai‘i’s largest and longest-serving airline. 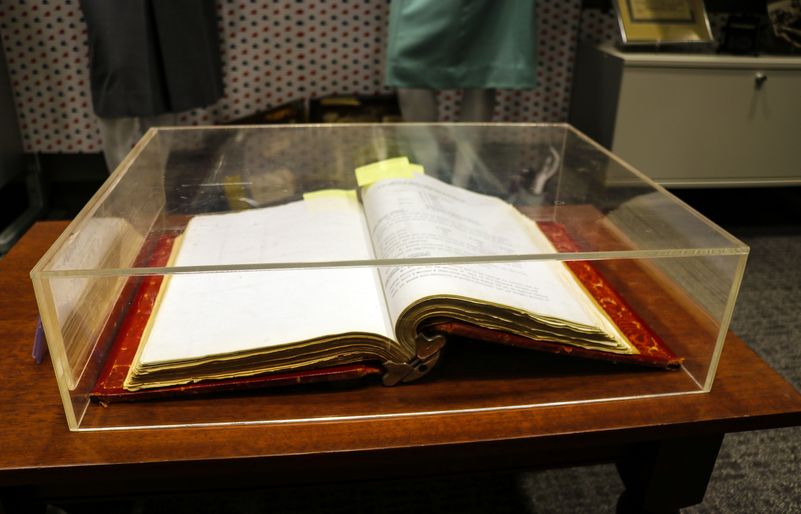 In addition to seeing our favorite items, visitors of the Heritage Pop-Up Showcase can kick back and relax in a comfortable chair while browsing through annual reports, vintage in-flight magazines and photographs.

The Heritage Pop-Up Showcase will be updated throughout the year with new items chronicling our history well into recent decades – known as the “Pualani Period.” The display will remain open for our employees and their guests leading up to our 90th-anniversary celebration on Nov. 11, 2019.

Check out more of what's featured in the Heritage Pop-Up Showcase: 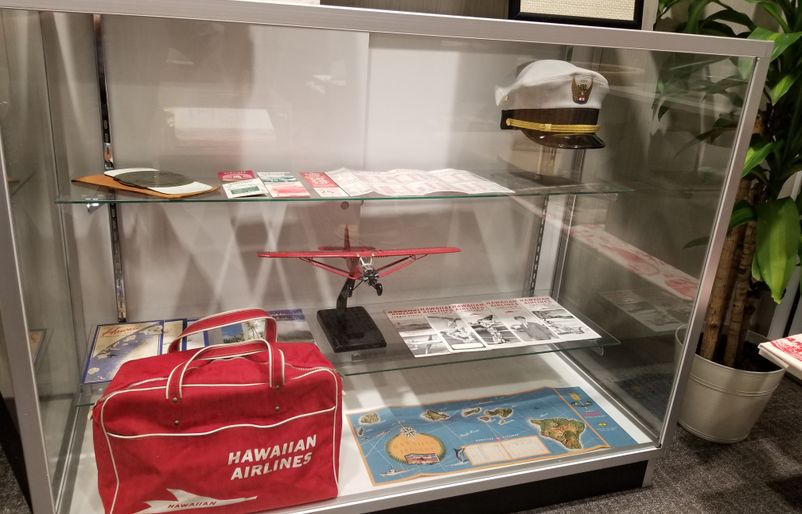 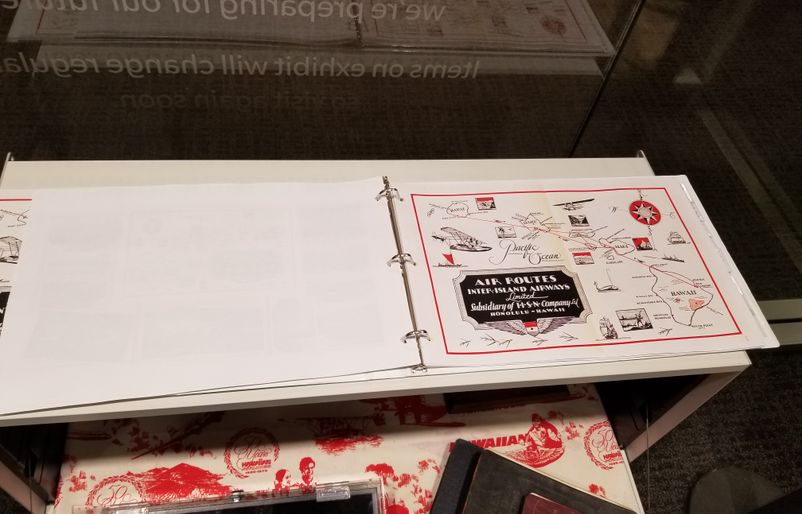 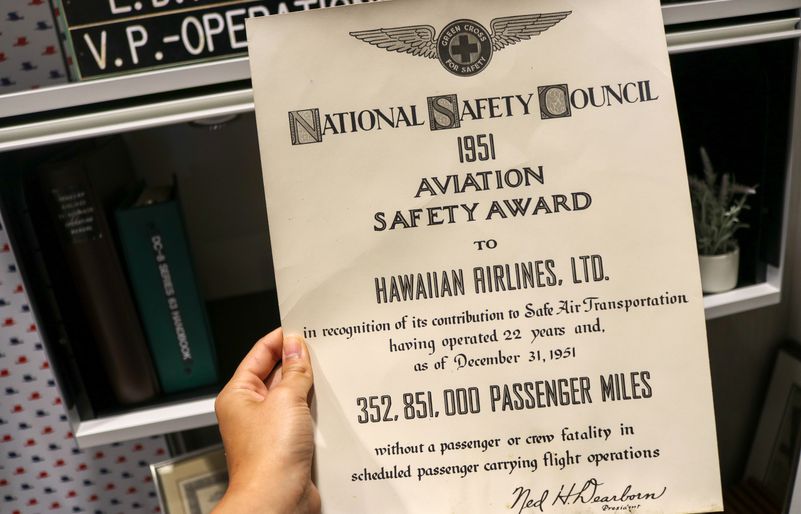 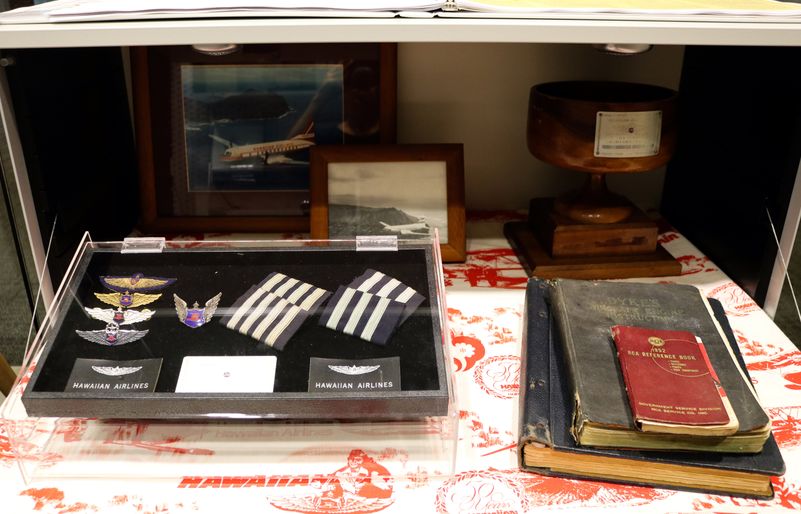 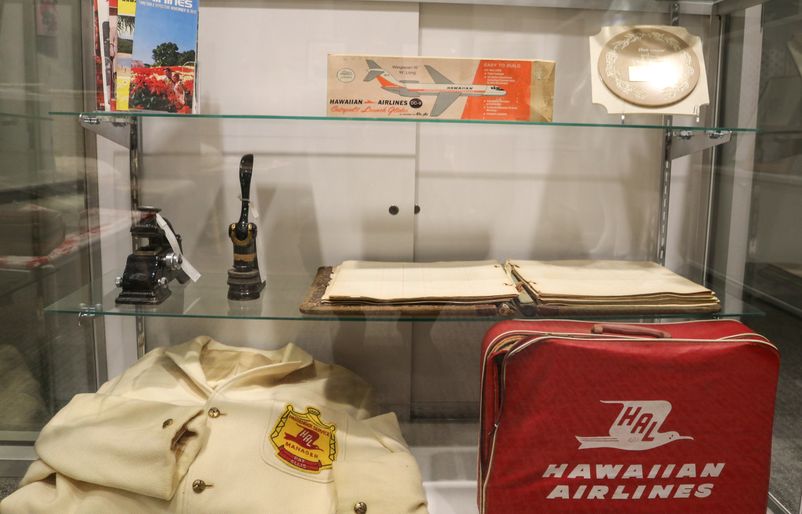