Each year, at the dawn of Jan. 1, a beloved cultural tradition comes to life in the Land of the Rising Sun. It’s a celebration known as hatsuhinode (first dawn), when people in Japan gather with friends and family to watch the sunrise and ring in the new year with hopes of good fortune. Many bear the cold weather for hatsuhinode and flock to premier photo spots like beaches, mountain tops or open fields to catch the first sunrise of the year.

The tradition has also taken to the skies in recent decades as carriers, including our partner Japan Airlines (JAL), conduct special hatsuhinode flights around Mount Fuji. These flights offer an unparalleled experience, where spectators can relax in the comfort (and warmth) of an aircraft while scoring a front-seat view of Japan’s tallest mountain and famous landmark.

This year, we teamed up with JALPAK, the travel services agency owned and operated by JAL, to bring Japan’s annual custom nearly 4,000 miles to Hawai‘i by offering an exclusive sightseeing experience for guests to witness 2020’s first sunrise over Hawai‘i Island’s Mauna Kea. 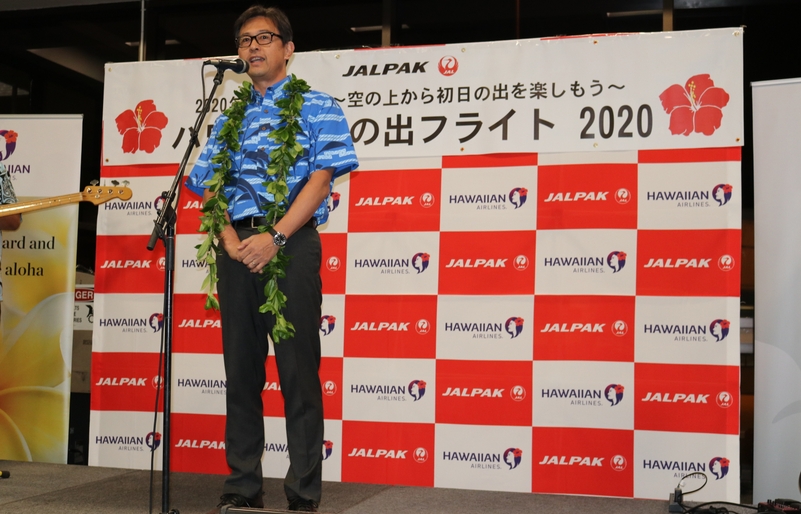 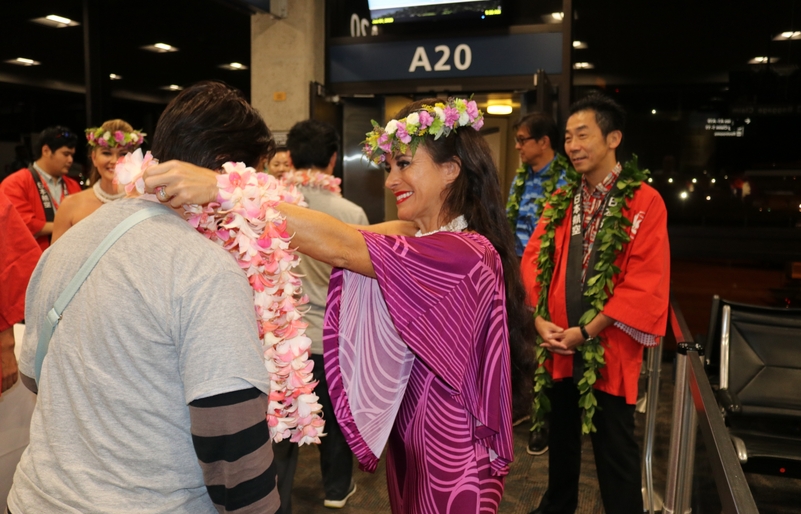 Mauna Kea is a dormant volcano with its peak reaching 13,803 feet above sea level, making it the highest point in the state, and the perfect choice for Hawaiian’s first-ever hatsuhinode flight.

HA958 flight departed Honolulu’s Daniel K. Inouye International Airport on Wednesday, Jan. 1 at 6:00 a.m. with 102 Japanese travelers filling the Boeing 717’s window seats. The aircraft held its flight pattern over the volcanic flanks until the sun peaked over the crater at 7:05 a.m., and continued to circle Mauna Kea for 20 minutes, giving guests a spectacular 360-degree experience. 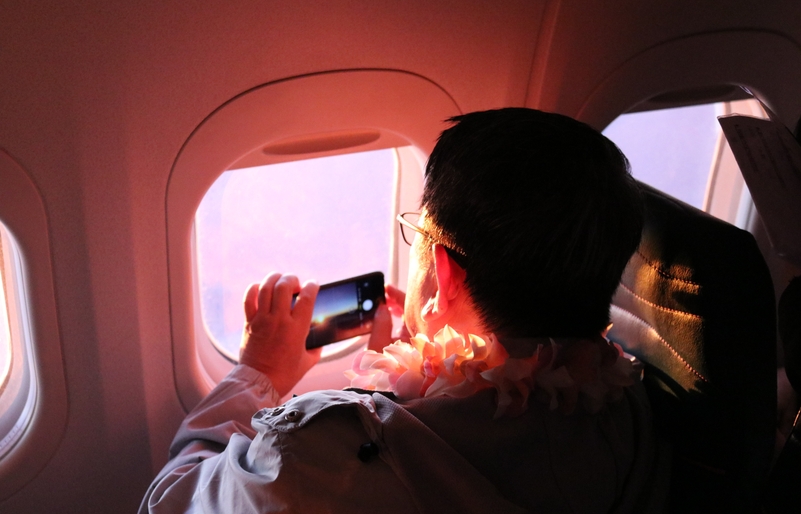 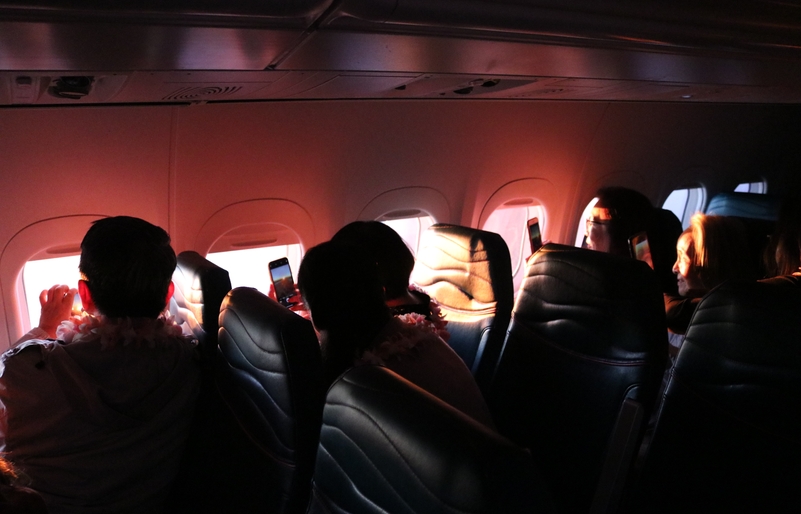 Hawaiian’s fleet of Boeing 717s are named after local indigenous birds, and the aircraft used for the hatsuhinode flight was chosen because of its name. Tail number N485HA is also known as Palila - a finch found only on the upper slopes of Mauna Kea. For a few moments, at the dawn of the new decade, guests on board HA958 started their new year with a Palila's-eye view of the mountain and memories that will last a lifetime. 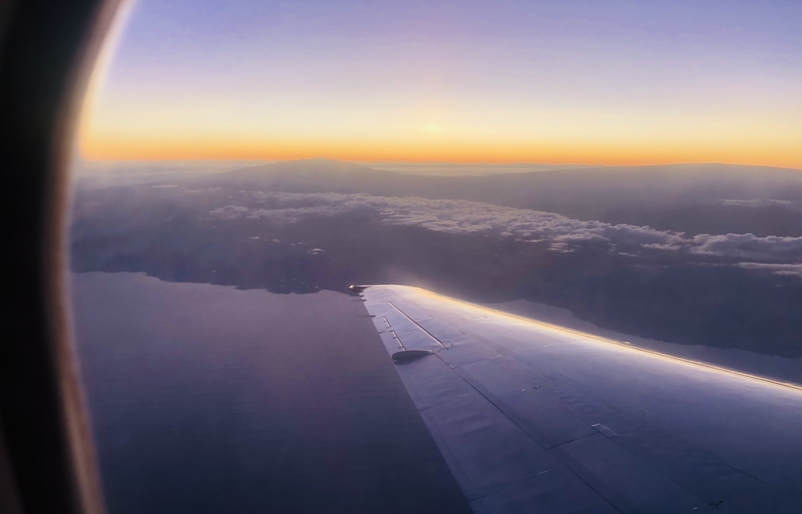 Hawaiian Airlines pioneered commercial sightseeing tours around O‘ahu beginning in 1929. Using our Bellanca CH-300 Pacemaker, a five-passenger monoplane with a fabric-covered metal frame and wooden wing, locals could experience the wonders of air travel and get an aerial look of the island that they’ve never seen before.