When we think of the modern-day woman, we think of Hawaiian Airlines Executive Chef Lee Anne Wong: an avant-garde entrepreneur, a new mom of a beautiful baby boy, and a true maestro at her craft.

We first welcomed Lee Anne into our ‘ohana when she joined the Featured Chef Series in 2015 as guest chef under former Executive Chef Chai Chaowasaree. She had worked in kitchens throughout New York City and gained national attention when she appeared on Season One of Bravo’s flagship series “Top Chef.” She didn’t stop there, later joining the behind-the-scenes production of the series as the supervising culinary producer for six whole seasons.

Outside of the Hawaiian Airlines kitchen, Lee Anne continues to push the boundaries and put Hawai‘i on the map as a leading culinary destination. She runs the show at Koko Head Café, her first restaurant that has become a diehard favorite among kama‘āina (locals) and visitors alike. The popular spot’s menus emphasize her mastery of sweet and savory flavors, earning critical acclaim and a line that snakes around the block every weekend morning.

Keep reading to discover how Lee Anne Wong got her start, and stay tuned for more of her culinary adventures!

Tell us about growing up in New York.

I grew up in upstate Troy, New York. It was a pretty good suburban upbringing.... lots of organized sports like softball, soccer. I even played boys' ice hockey for 10 years!

While I was not interested in cooking when I was a kid, I indulged in all of your classic American foods like hot dogs and pizza. I thought jalapeño poppers were the most amazing thing ever when it first emerged on the fast food scene. It wasn't until I moved to New York City for college that I started to develop my palate and become interested in cooking. 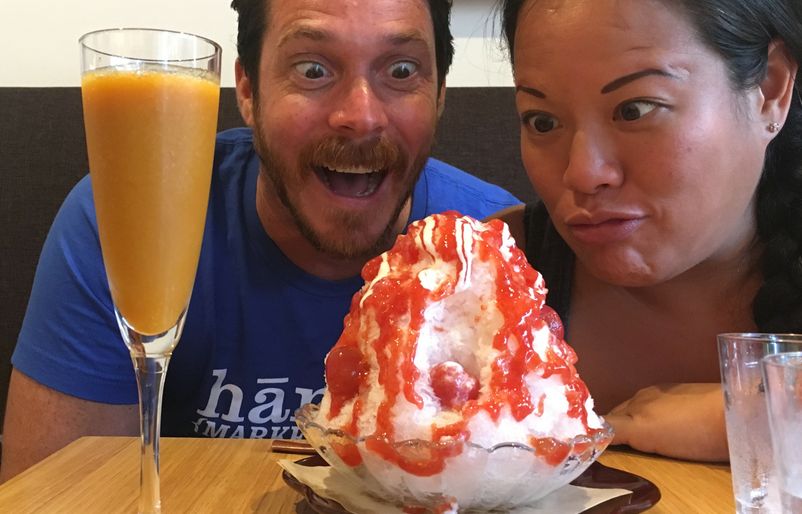 As a child, did your family do a lot of cooking? If so, how do you pull inspiration from the memories of your family’s cooking?

My culinary genes definitely come from mother’s side of the family. My mom is an amazing self-taught home cook. She was born and raised in the Philippines – though we are 100 percent Chinese – and immigrated to the United States in her twenties after completing nursing school. My father is fourth-generation Chinese-American and only knows how to fry bologna. 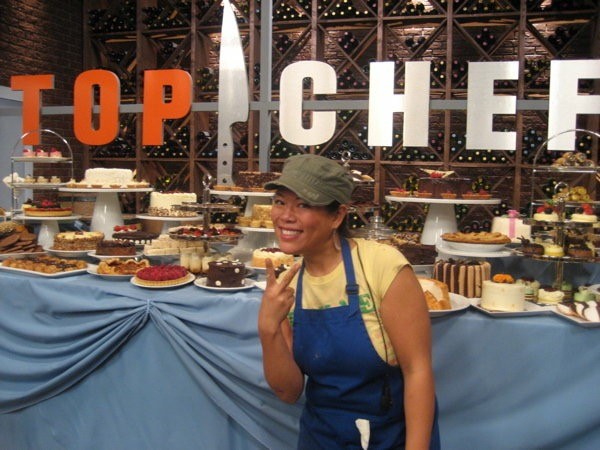 #TBT: A photo of me when I was a contestant on Bravo TV's Top Chef

Interestingly, I never cooked much with my mom but really enjoyed the food she made. I remember she was obsessed with cooking shows and food magazines, and I would come home from school to find her baking with the TV on (usually with Jacques Pepin, Martin Yan, Julia Child, or sometimes the Galloping Gourmet). She was always trying something new in the kitchen, but I had my favorites: roast beef with popovers, goulash and dumplings, and shoyu (soy sauce) chicken wings (her go-to party dish).

How did you start your career as a chef?

I have been working in restaurants since I was 15, but I didn’t begin cooking until I was 20. At the time, I was bartending at a restaurant in Greenwich Village when I decided I had fallen out of love with my budding fashion design career. I was also living in a 200-square foot apartment in Times Square that only received basic TV channels, including (by some miracle) Food Network. I started obsessively cooking for whoever was around and, soon enough, my friends suggested I attend culinary school. I ended up staying in the city and attending The French Culinary Institute (now the International Culinary Center). Not long after, I landed my first job with Marcus Samuelsson at Aquavit.

Being at the center of the culinary scene, how did working in New York City have an influence on you becoming a chef?

There is always so much happening in New York City and, having lived there for 20 years, I had access to almost every food imaginable. I could just obsess about it all the time because I was surrounded by this energetic and monstrous culture that is New York’s culinary scene.

I also lived in Queens for 16 years, which was great because it's one of the most ethnically diverse boroughs in the city. You could always find incredible, authentic foods – ones that tell a story and share history through its flavors and presentation – off the beaten path there.

When you go back home to NY, what three places are you’re going to as soon as you land?

Let’s fast forward to your life here in Hawai‘i – what brought you over 4,000 miles across the country?

I moved to Hawai‘i in December 2013 in search of something new. I have ‘ohana here in Honolulu so it was nice for the first time to have family close by after living alone for 20 years. We opened Koko Head Café in March 2014 and that's kept me busy since then.

We love that your menus place a huge emphasis on sourcing fresh, local ingredients from small farmers, ranchers and fishermen. What are your favorite locally grown ingredients to work with (both in Hawai‘i and NYC), and how are these incorporated into some of your dishes?

Hawai‘i is truly a special and unique place; we are able to grow so many things year round in the wonderful micro-climate.

A few of my favorite things grown here are: heart of palm, finger limes, lilikoi, kalo (taro), and ‘ulu. We (Koko Head Café) always incorporate local, seasonal ingredients into all of our dishes to showcase the best that Hawai‘i has to offer. And how could I forget mango?! It’s mango season right now* and I’m so excited! We’ve had mango all over our specials menu, which is changed daily.

One thing I miss about New York though is the more extreme seasonality. Ingredients like ramps, English peas, Tri-Star strawberries, and morel mushrooms are like these old friends I never get to talk to unless I go back (to NY) in the spring and summer. 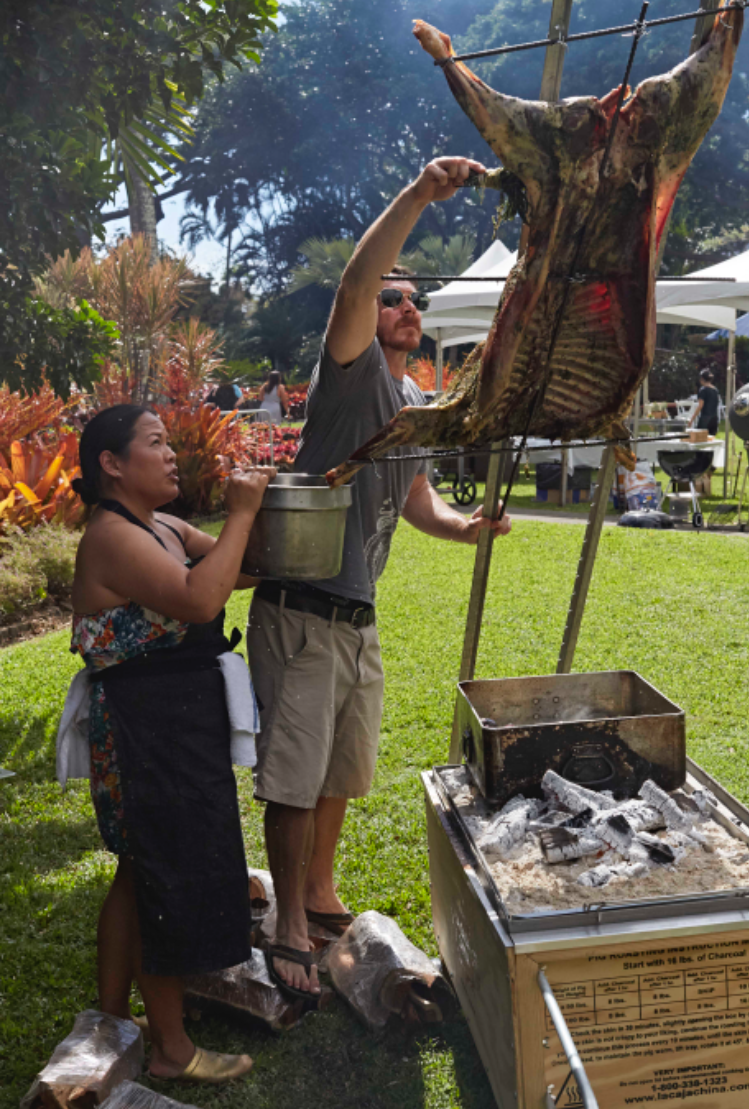 Koko Head Café is a wildly popular brunch spot among both kama‘āina (locals) and visitors, known for its variety of mouth-watering, creative dishes. Having started your career in The Big Apple, a top destination for brunch fanatics, how have you incorporated your inspirations from NYC into your dishes here in Honolulu?

There's New York attitude all over the menu! The idea of putting dumplings on the menu stems from the fact that, if offered a plate of bacon and eggs or a basket of dim sum at 7 a.m., I am always going to go for the dim sum. It was one of my favorite types of breakfast when I lived in New York.

Our Reuben Frittata (Reubens are a New York staple) is made from local eggs, house-cured local beef pastrami, Emmentaler cheese, caramelized onions, and topped with an "eight-island" sauce (our version of 1000 island) and a caraway-scented kimchi sauerkraut. I got the idea for our Handwich when I arrived here and couldn't find an egg sandwich on a sandwich roll anywhere. It’s an on-the-go must-have for most morning commuters in the City.

You’ve recently partnered on a new poke restaurant in NYC called Sweet Catch – was that inspired by living and cooking in Honolulu?

I am a consulting partner with Sweetcatch Poke NYC. The owners and I wanted to bring authentic Hawaiian-style poke to the masses, focusing on sourcing fresh, sustainable seafood, pre-marinating our fish, and selling poke by the pound.

Our signature marinades and toppings allow the diner to have a super traditional bowl of poke, like what you'd find here, or customize the poke to their tastes. I wanted to make a product that any Hawaiian living in New York would be happy to grind on. 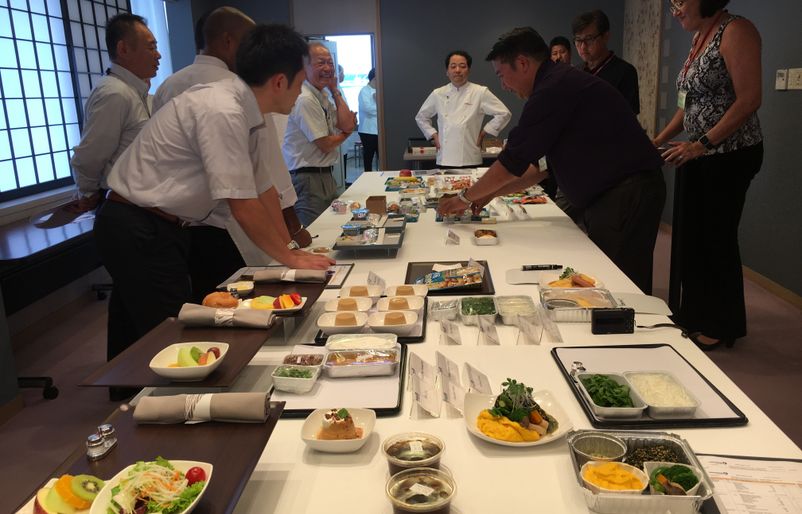 Let’s switch gears now and talk about your role as Executive Chef – congratulations! Having cooked in kitchens around the world with thousands of different ingredients, what do you now find are the biggest challenges of creating an in-flight menu? How do you address them?

I am so excited to continue my partnership with Hawaiian Airlines and embrace my new role as Executive Chef! Some of the challenges I faced, and continue to face, in creating my inflight menu include making sure everything is well-seasoned and flavorful, as the taste buds are diminished at high elevation, working with limited packing space, and simplifying the number of steps it will take the cabin crew to plate and garnish the dish as it was intended to be presented to the guest.

While my menus include seasonal and colorful ingredients, I also try to be conscious of allergies and dietary restrictions. For example, I don’t use peanuts on any of my dishes and try to offer gluten-free options.

What were the biggest inspirations behind your in-flight menu?

I’m inspired by the melting pot of cultures that exist here. Being at the heart of the Pacific, modern Hawaiian cuisine reflects the communities – Japanese, Korean, Chinese, Thai, Indian, Vietnamese, Filipino, to name a few – who have made Hawai’i their home throughout history.

Mea Ho‘okipa (meaning ‘I am host’) is at the center of everything Hawaiian Airlines does, providing guests with a special opportunity to experience authentic Hawaiian hospitality even before they begin their trip. Tell us, how do you incorporate Mea Ho‘okipa throughout your everyday cooking (whether for your family, friends or guests in your restaurants)?

Mea Ho'okipa courses through my veins (haha)! Every day, we cook with aloha at Koko Head Café. I think I get the biggest satisfaction from just interacting and meeting the people who come into the restaurant. I love talking story with my guests and having the opportunity to feed them something they have never tried before.

At home, I am always at the stove and my friends and family are constantly telling me to "stop working" or "sit down and rest,” but I don’t really know how to. Now that I'm a new mother, I have been learning how to take a back seat and let other people take care of me so I can focus more on my son. 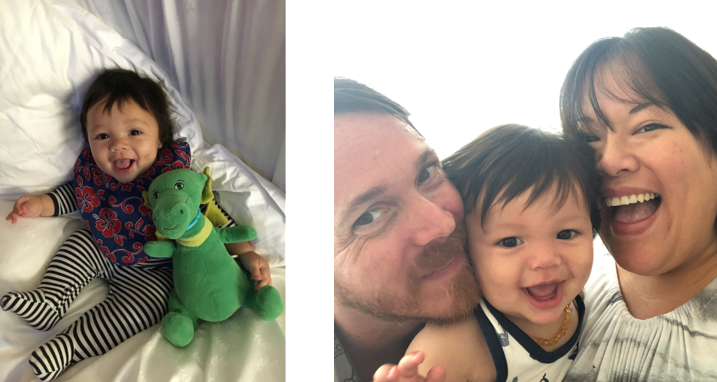 *Mango season in Hawai‘i typically begins in May with a peak season in July.