It’s been three years since the New Zealand Sea Cleaners last stepped foot on the Hawaiian Islands as part of its mission to remove rubbish from coastlines and beaches. Last week, the nonprofit teamed up with Hawaiian Airlines and Hawaiʻi Tourism Oceania (HTO) to end its pandemic-ensued hiatus. Hayden Smith, who founded the Sea Cleaners in 2002 to protect New Zealand coastlines, gathered 10 youth ambassadors, including four Kiwi, four Aussie and two Hawaiʻi participants, to embark on an environmental stewardship experience of a lifetime. 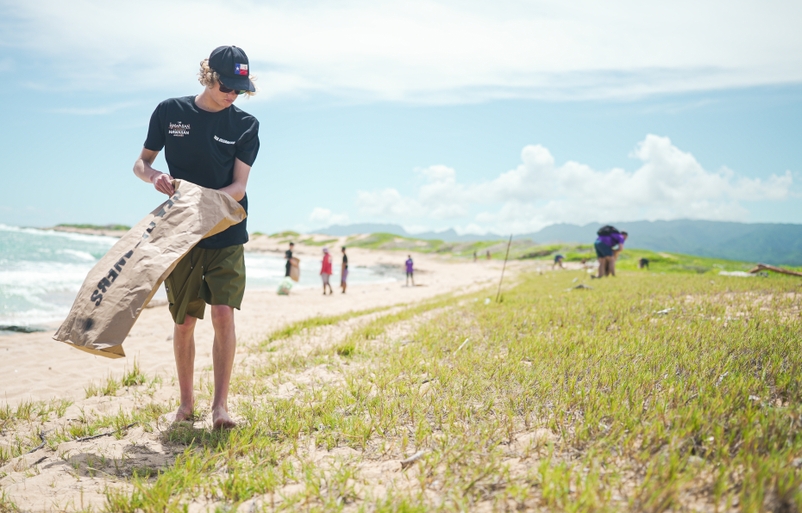 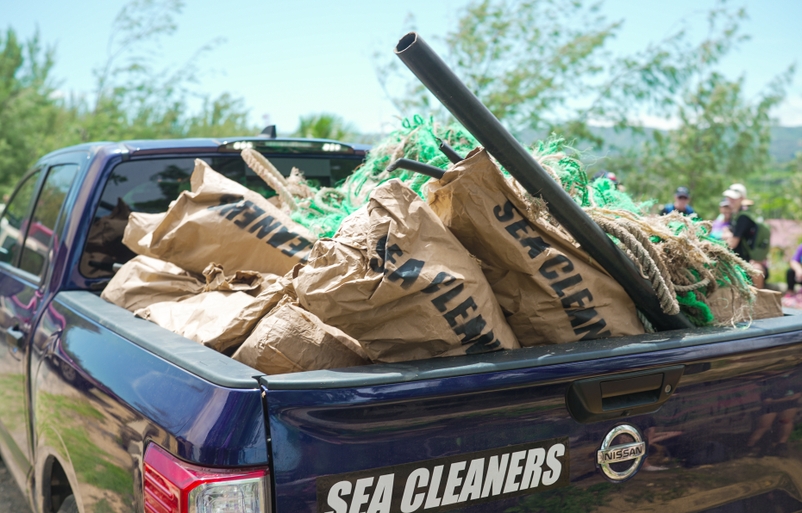 “We’re trying to teach these youth ambassadors about the impact of plastics on our oceans. Where the Hawaiian Islands are situated geographically in the Pacific Ocean, the shores get inundated with plastic debris washing ashore from all different directions, so it’s been an eye-opening experience for many of them,” Smith said. “Our intent during this trip is to be good tourists, leave the place better than when they found it, and educate these youth from around Oceania so when they go home, they can share their stories amongst their own community and help with slowing down the waste stream entering the Pacific in the first place.” 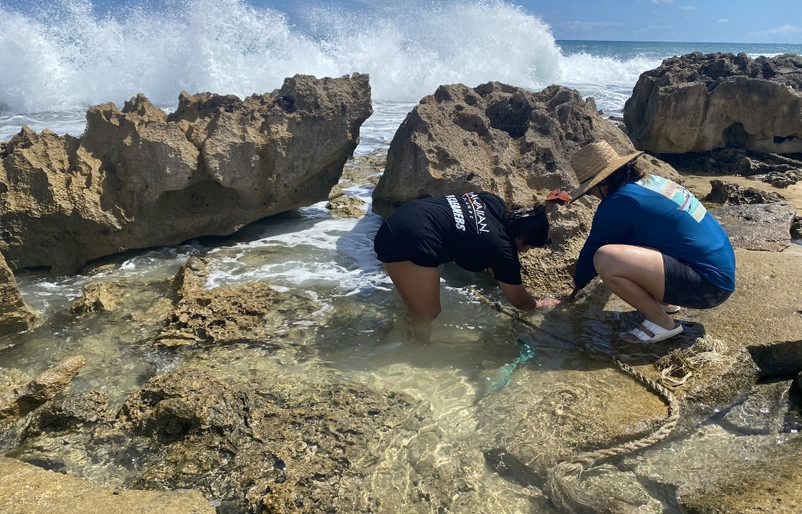 Tucked away on Oʻahu’s northeastern shore, James Campbell National Wildlife Refuge is a sanctuary for endangered waterbirds, migratory shorebirds, waterfowl, seabirds, native plant species, Hawaiian monk seals, and Hawaiian green sea turtles. Despite having few visitors, the coastline is a hot spot for trash, fishing nets and buoys, and plastics that ride ocean currents until they wash up on shore. 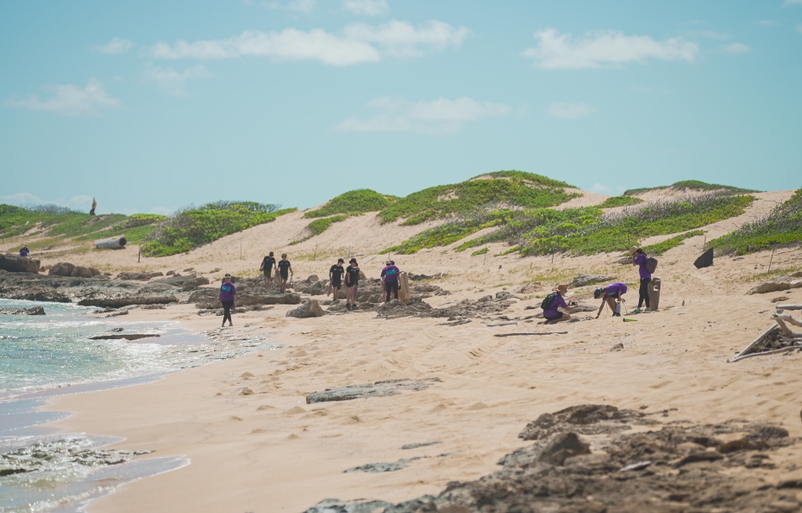 The Sea Cleaners and its youth ambassadors arrived on Oʻahu on Sept. 13 via Hawaiian’s nonstop Auckland and Sydney flights. Before International Coastal Cleanup Day, the group hosted educational presentations at schools, cleaned beaches with Sustainable Coastlines Hawaiʻi, volunteered with Nā Kama Kai and engaged in various voluntourism experiences through the Mālama Hawaiʻi program. 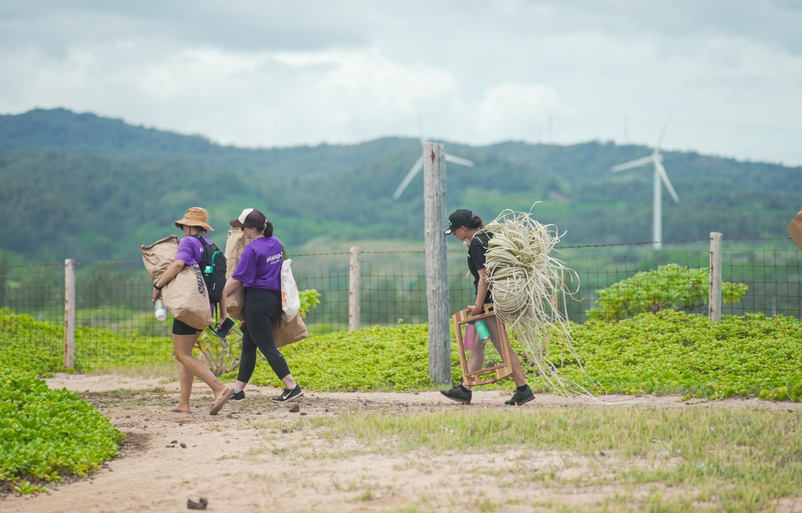 “This initiative has a close fit with the concept of mālama and shows how that concept can be incorporated into and is vital to the visitor industry,” said Darragh Walshe, New Zealand country manager for Hawaiʻi Tourism Oceania. “Regenerative tourism is all about people caring, connecting, collaborating and learning about values important to the place they visit. This group has been here for just a few days, and they’ve already helped with beach cleanups, worked with and learned from several local nonprofit leaders, shared ideas with other students, and engaged in impactful, hands-on voluntourism experiences.” 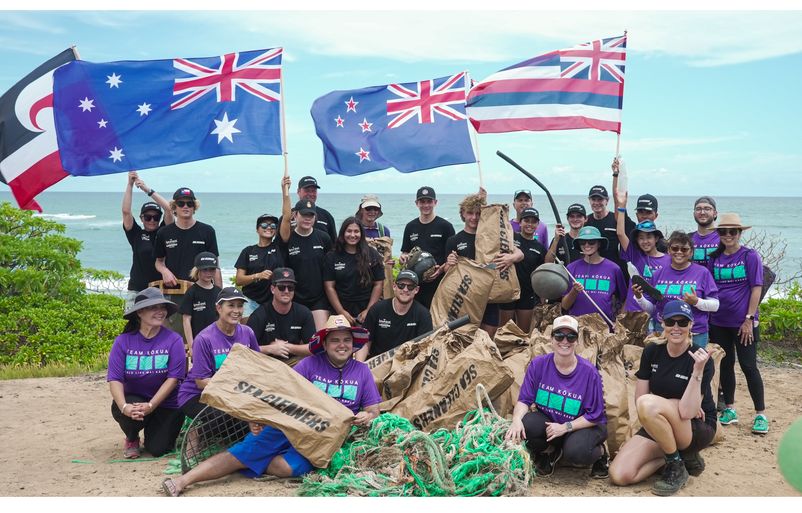 “Our partnership with the Sea Cleaners began in 2019 with two cross-cultural exchanges – one in New Zealand and another in Hawaiʻi – and continues to thrive,” said Lindsey O’Neil, a New Zealand-based sales executive at Hawaiian Airlines who helped escort the youth ambassadors. “Their work is so important, and we're proud to team up with them and Hawaiʻi Tourism Oceania in protecting shorelines across Hawaiʻi, Australia and New Zealand.” 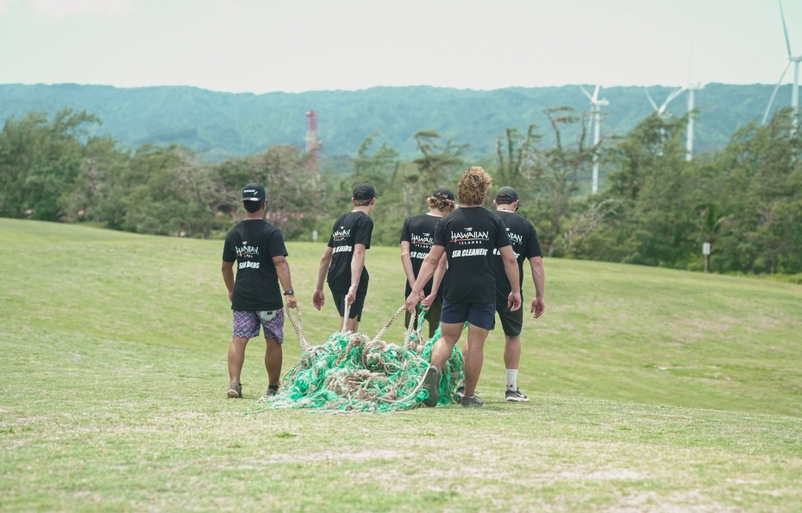 In addition to supporting nonprofits like the Sea Cleaners, Hawaiian Airlines has focused on encouraging guests to help protect Hawaiʻi by educating those arriving in the Hawaiian Islands on how to travel safely and responsibly via a Travel Pono (responsibly) in-flight video. The five-minute spot launched in September 2021 and airs before landing on all inbound transpacific flights. 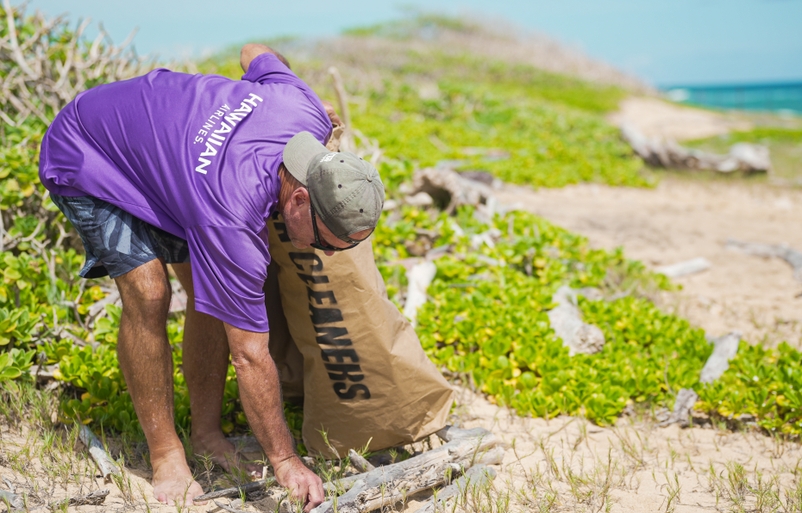 “Today was inspiring and proof that every individual’s action matters. This week has been a joy, and we feel so fortunate to be able to play a role in fostering the next generation of eco-leaders,” O’Neil said.