Ninety-three years ago, a single-engine Bellanca CH-300 Pacemaker with wooden wings and maroon fabric skin made history by introducing commercial air service to the Hawaiian Islands. Hawaiian Airlines today celebrated the momentous time in history that also marked the beginning of its rich legacy as the hometown carrier. 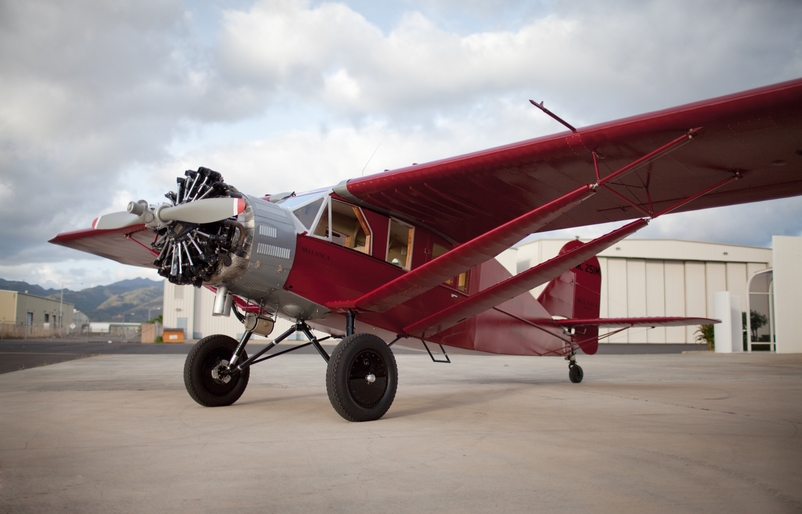 This morning, the Bellanca was brought out of its hangar at Honolulu’s Castle and Cooke Aviation and into public view on the tarmac. Hawaiian Airlines Community and Cultural Relations Director Debbie Nakanelua-Richards joined her colleagues in draping strands of fresh Tī leaf lei and purple orchid lei over the aircraft's metal propellors as a gesture of honor, gratitude and celebration. 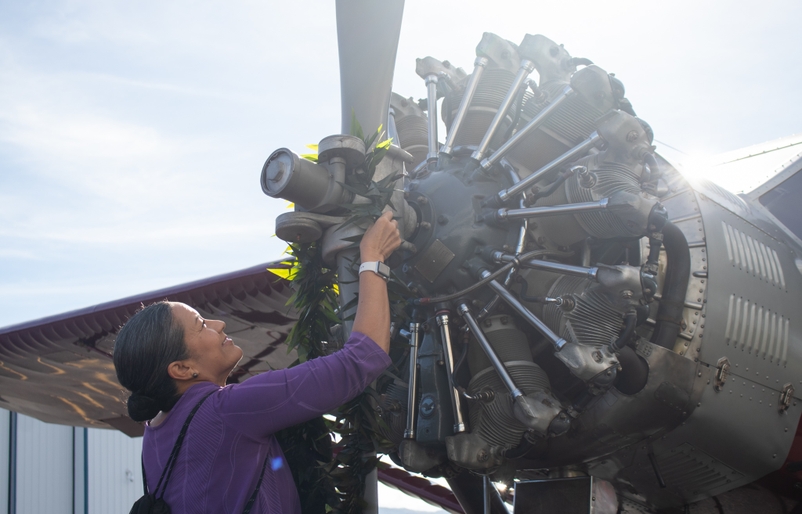 “The Bellanca is a constant reminder of our rich history. Hawaiian Airlines (formerly named Inter-Island Airways) was the first to introduce flight to the people living in these islands, who were traditionally ocean-faring people. This aircraft allowed us to weave our company into the history of aviation and the history of these islands,” Nakanelua-Richards said while holding a cake with “Happy Birthday Bellanca!!” written in cursive and red icing. 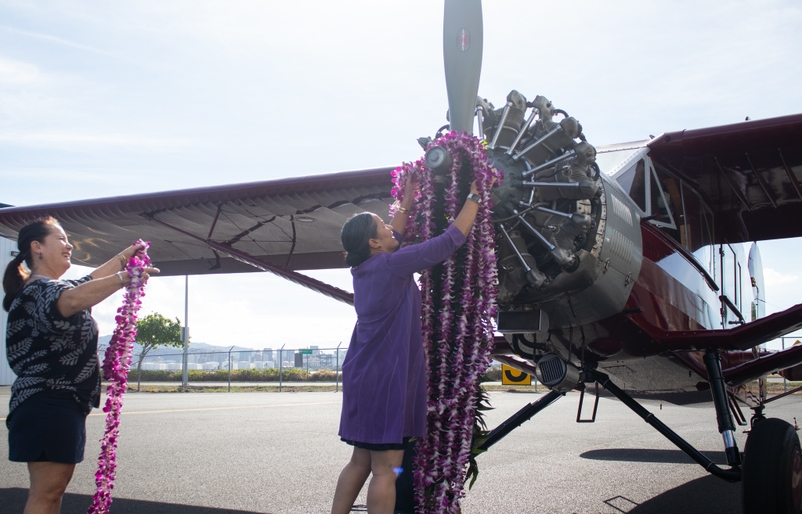 “The ability to continue that legacy and celebrate the symbol of our beginning feels significant to all of us at Hawaiian Airlines. This plane binds us at Hawaiian; we all have a stake in the company’s history,” she added. 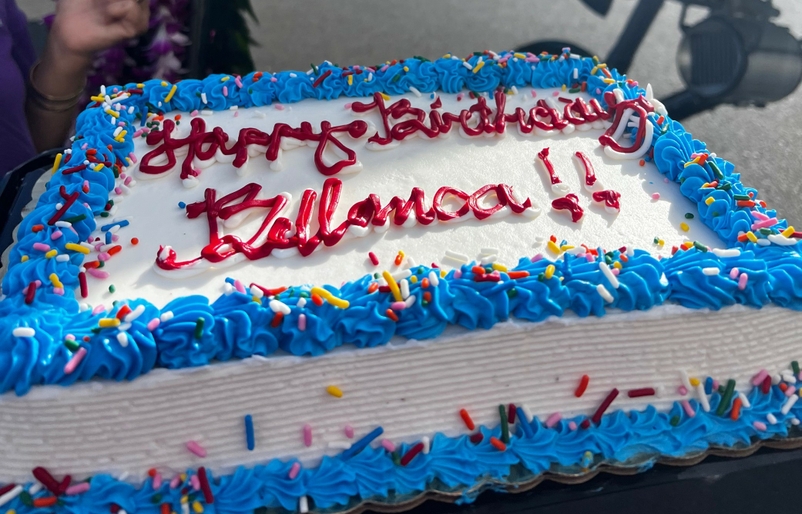 The Bellanca was a crucial player in isle businessman Stanley C. Kennedy’s vision to replace ships with planes as Hawaiʻi’s primary mode of interisland transportation. The aircraft first launched into service on Oct. 6, 1929, with a series of sightseeing flights around Oʻahu as a trial for commercial operations. It successfully carried 76 passengers that day and sparked enough curiosity among locals and visitors to convince the Inter-Island Steam Navigation Company board to expand its footprint into aviation. One month later, on Nov. 11, 1929, Inter-Island Airways was inaugurated, and sightseeing tours took off with the Bellanca logging nearly 50 flight hours that month. 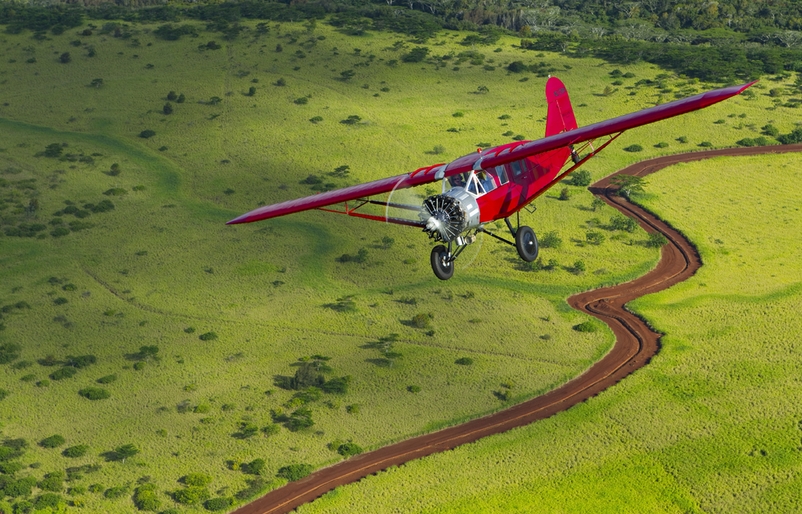 “The Dreamliner (Boeing 787-9) is on the horizon for our company’s future, and that’s where a lot of us are focused, but when we come here, we are stopped and reminded of our beginning – of where we’ve come,” Nakanelua-Richards said. “It helps to know where you come from, and Hawaiian Airlines should remember where it comes from. Sometimes we get caught up in thinking about the future but being in front of the Bellanca reminds us that we come from humble beginnings – that the people behind our 93-year-history were truly pioneers.” 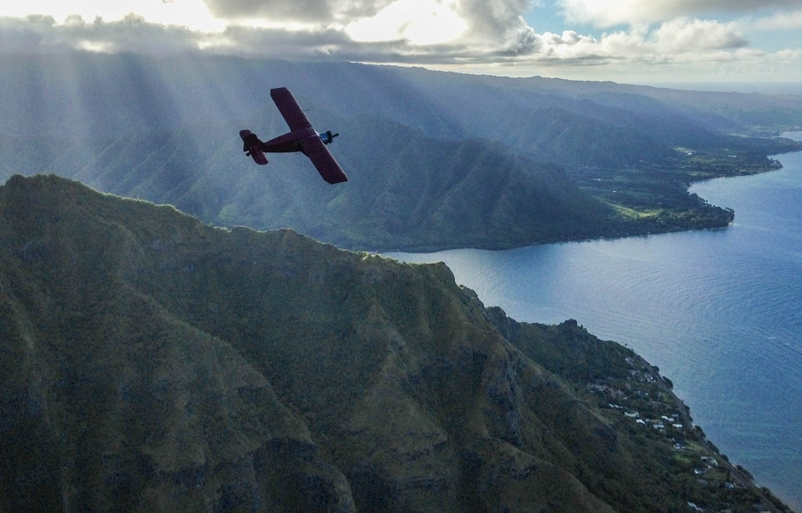 The Bellanca is the crown jewel of Hawaiian’s fleet and continues to operate today because of two significant restorations and shared love for the aircraft. To learn more about its history, click here.