When Mae Krier and Marian Wynn, both 95, arrived at our Honolulu maintenance hangar to speak to our Women in Aviation employee resource group and other female mechanics and engineers, they were also observing 80 years since their lives (and the entire world) was forever changed by the attack on Pearl Harbor. 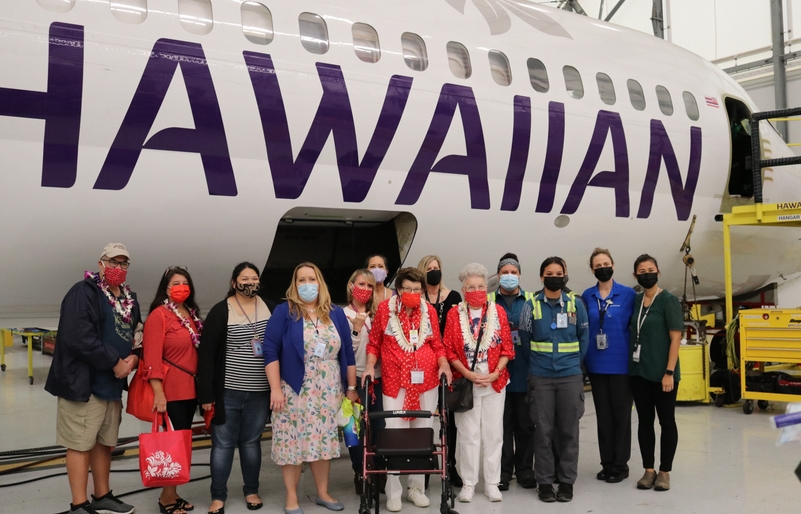 Mae Krier and Marian Wynn pose with female employees at the Honolulu mainenance and cargo facilty.

Krier and Wynn joined millions of women who entered the workforce during World War II, due in large part to the extremely popular "Rosie the Riveter" campaign. Of those women, 310,000 worked in the U.S. aircraft industry in 1943, making up 65 percent of the industry’s total workforce (compared to just 1 percent in the pre-war years).

Krier was a bucker and riveter in the Boeing factory, building B-17 and B-29 bombers. Wynn was a pipe welder at the Richmond Kaiser Shipyard.

“You first became a bucker and then you became a riveter. A bucker and riveter work in tandem, one on either side of the fuselage, bucking on the inside and riveting on the outside," Krier told the group. "You had to be pretty flexible and not be claustrophobic! We would use a communication system using the bucker bar for our message. You would tap it so many times to remove a rivet or so many times to hit it again and so forth, it became like a rhythm."

Elouisa "Eli" Oki, a structures engineering manager at Hawaiian and member of the U.S. Army Reserve, was honored to meet the women and hear their story. Oki started her career at Hawaiian in 2009 fresh out of college as an A&P technician. She went on to become an engineer in 2012.

"These women opened the door for us and made it easier to be in this industry. I have no words on what this day means to me," she said.

Oki and the other women showed the "Rosies" around the hangar explaining their roles in the facility, located less than five miles away from Pearl Harbor National Memorial. Krier touched the rivets of our Boeing 717 aircraft and both women posed for pictures with eager employees. 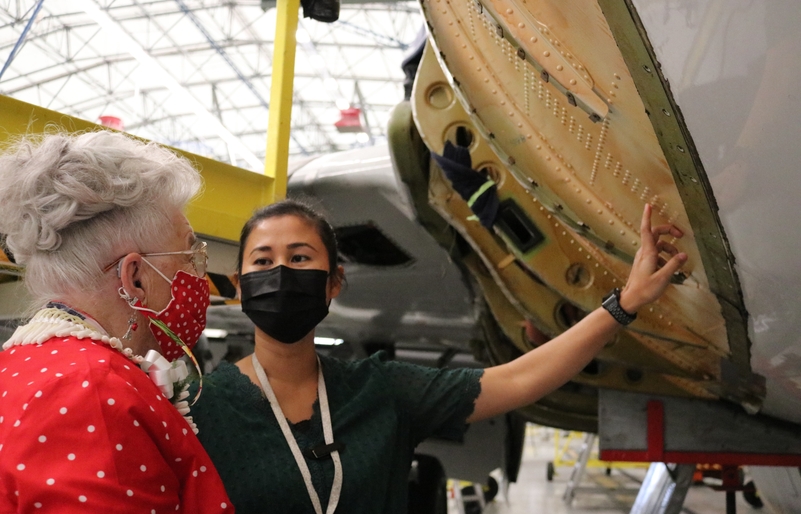 Before departing, Oki presented the women with a special gift to 'mahalo' them for all they've done, and continue to do - an ʻIʻiwi bird ornament (Hawaiian Airlines’ logo from 1952-66) made out of aircraft sheet metal and a single rivet for the eye. 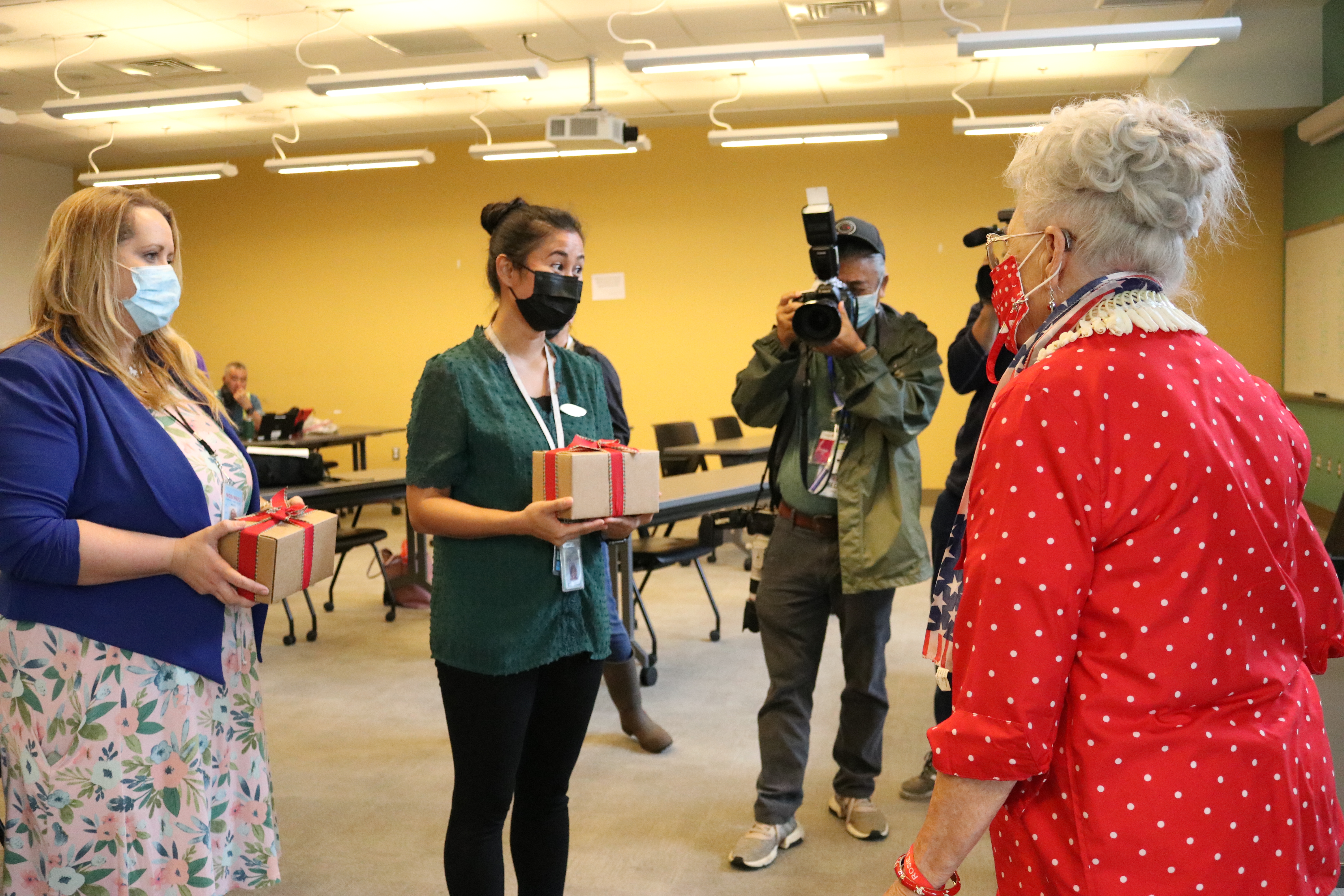 Oki presents Krier and Wynn with specially made gifts. 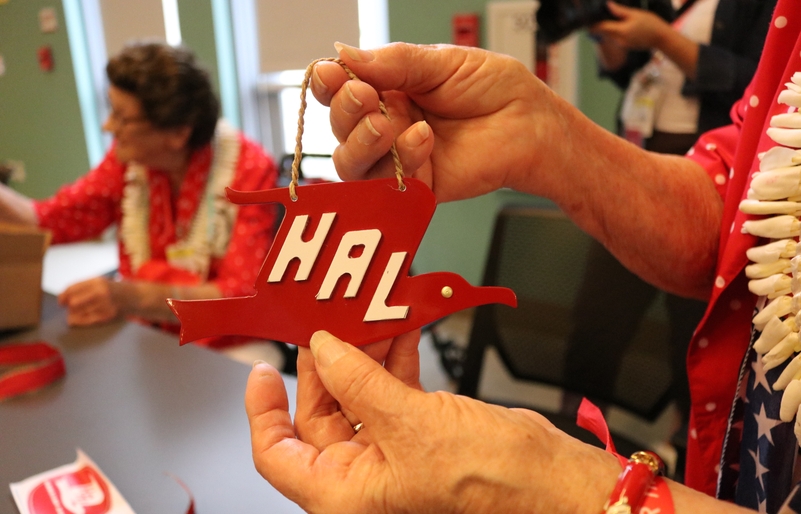 The women were gifted special ornaments made from sheet metal and rivets.

"How can we show them that what they did really made a difference? Today was about showing appreciation to these women. Even to this day, they're still trying to make an impact and spread the word about women in aviation,” Oki said.

“As a member of our employee resource group, we do a lot to bring awareness to women in aviation. I think a lot of girls still don't know the roles they can have in certain careers until they see a female in that position. And I'm trying to do that for the next generation of women,” she added. 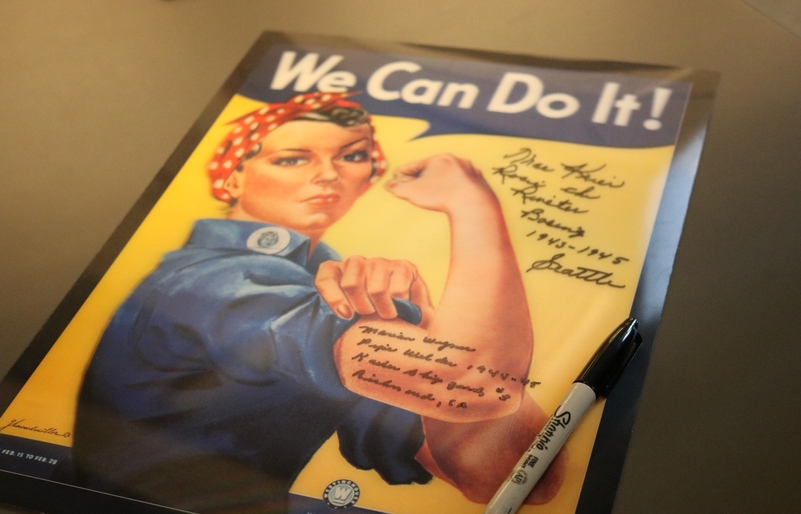