Allyship is a crucial ingredient to the success that the Hawaiian Airlines Network for Black Employees and Allies employee resource group (NBEA ERG) has had in elevating and empowering our company's Black teammates. This month, the NBEA leaned on its work community to host a series of impactful events focused on educating employees and honoring Juneteenth's historical and cultural significance.

“Our Juneteenth celebrations were a potent example of the impact that strong allyship has toward creating intentional progress and more inclusive workplaces,” said Michael Harvey, senior manager of information technology and president of the group. 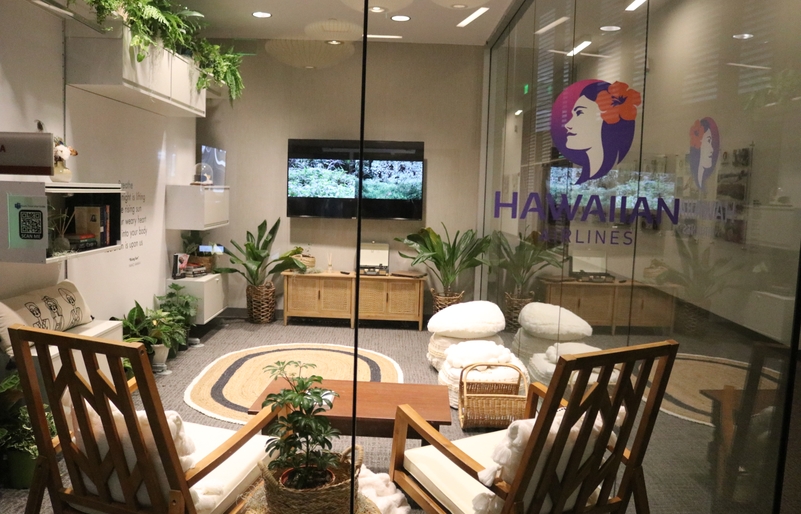 In April, with Juneteenth on the horizon (June 19), the group began consulting with Hawaiian Airlines' cultural and community teams to brainstorm ways to engage other employees in meaningful experiences. The result: transforming a room in a high-traffic area in the company’s headquarters into a creative space designed for reflection and commemoration of Juneteenth.

Developed under the guidance of The Pōpolo Project, a local nonprofit that works to redefine what it means to be Black in Hawai‘i and in the world, and celebrated Black artist Nanci Amaka, the space is rich with books about Juneteenth and Black history, R&B and Soul vinyl albums with a record player, and a selection of Amaka’s thought-provoking artwork, including her poem "Rising Sun," written in commemoration for Juneteenth at Hawaiian Airlines. 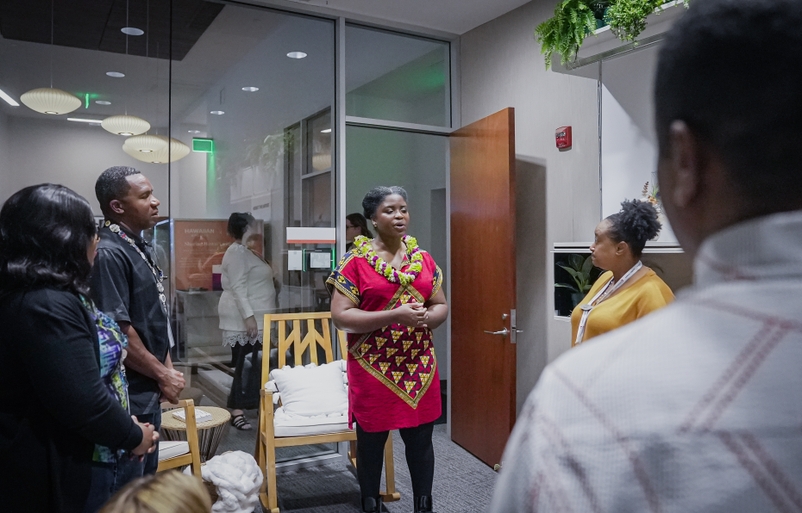 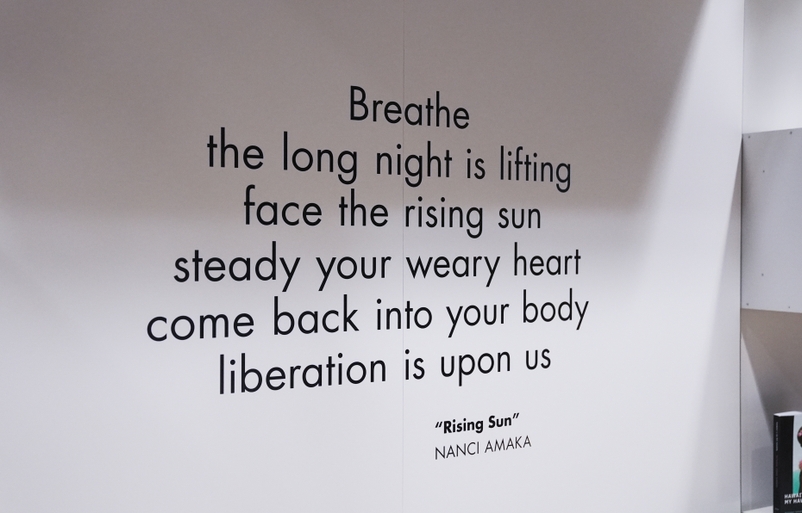 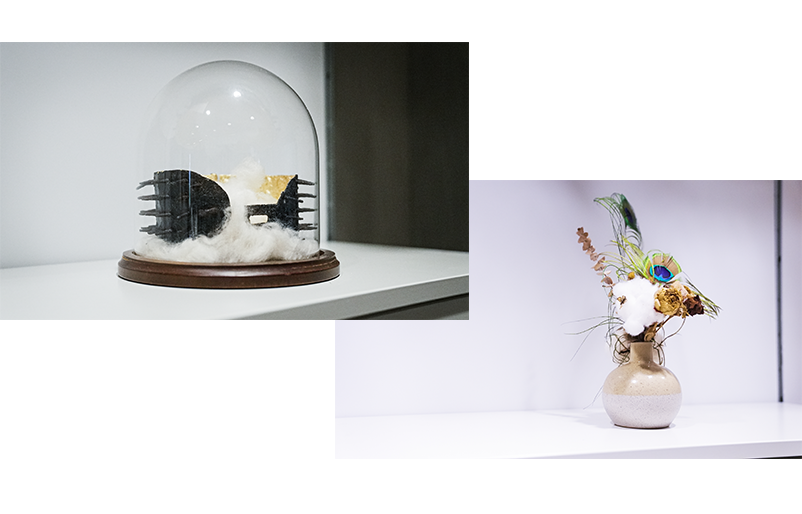 Amaka's artwork featured inside the Juneteenth reflection space, including a gilded slave collar and a bouquet of cotton, dried flowers and peacock feathers

In addition to the room, Amaka's photography was featured in a walkable gallery space, beckoning employees and office visitors to stop and reflect while appreciating her powerful expressions of vulnerability, mortality and metamorphosis.

Nanci Amaka's video piece in her "Ije Eze" series, which plays on loop inside the Juneteenth reflection space 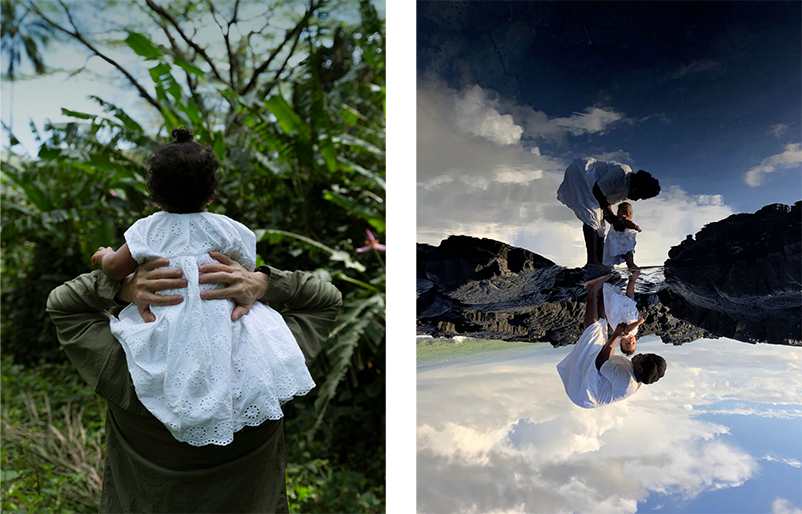 The NBEA's Juneteenth commemoration also included a lunchtime presentation by Alphonso Braggs, president of the NAACP – Hawaiʻi chapter, held in the company's LunchBox cafeteria. Braggs emphasized the importance of inclusivity and how every employee can play a role in advancing diversity, equity and inclusion in the workplace. 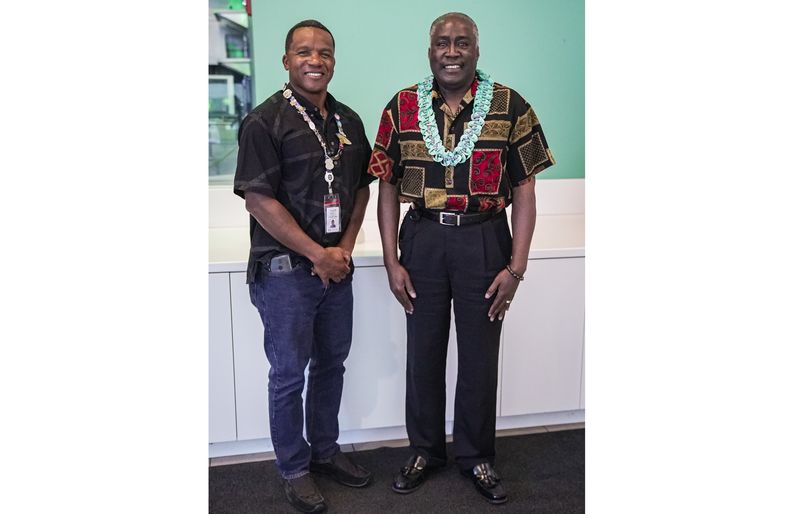 Michael Harvey (left) and Alphonso Braggs (right) after his presentation

"It's important that workplaces ensure cultural recognition and encourage a greater understanding of ethnic backgrounds. I think for Black employees, it's important they understand African Americans' contributions to Hawai'i. There are so many things that we made historical impacts on that are unknown today," Braggs said during his presentation.

Braggs added, "When someone doesn't know their history or contributions, they don't take a greater sense of pride in moving those legacies forward. When we bring and embrace cultures together, there is more awareness, acceptance and tolerance in the community and workplace.” 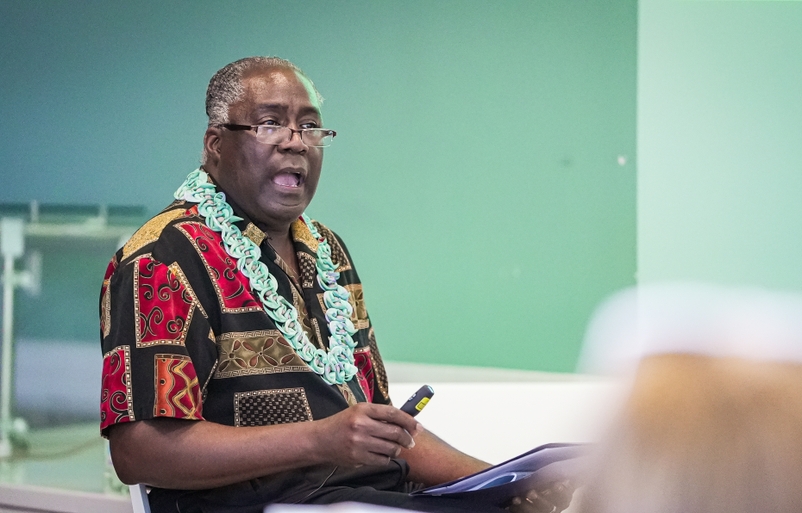 Braggs during his lunch-hour presentation

"Having so many prominent Black, Hawaiʻi-based artists and leaders involved in our Juneteenth celebrations was monumental for us. We are in complete awe with their work and are inspired by their willingness to support our vision with their wisdom,” Harvey reflected. 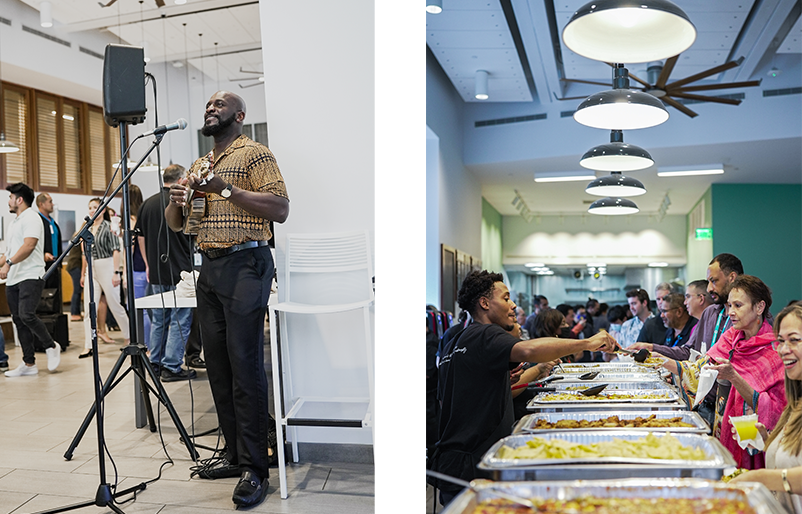 It's been two years since the NBEA ERG spread its wings and took flight at Hawaiian Airlines. Harvey reflected that the journey to get to where the group is today has been exciting, supportive and challenging all at once.

"Our ERG started with a blank canvas, but we felt it was important first to take some time to figure out who we were and how we would amplify our mission of empowering our Black employees," he said. "Fast forward to 2022, and I feel we've done a great job at painting a colorful identity for ourselves and serving as stewards of diversity and inclusion." 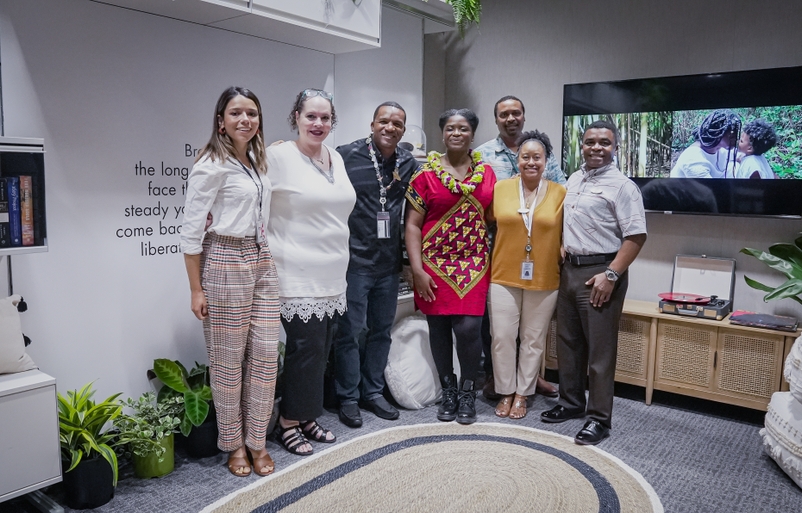 Since the group's inception, its members have volunteered at local food banks, provided guidance on talking about allyship, Black culture in Hawaiʻi, Juneteenth and Black History Month across company channels, hosted presentations and panels with social justice figures, and built spaces for conversations around race, culture and identity via intimate book club and roundtable events.

“We are grateful for the support that we’ve received from our colleagues and leaders across the company. Their help has helped add more visibility to our work and unlock additional resources so we can get to where we want our group to be," Harvey added.