Local conservationists are now harnessing dogs’ powerful sense of smell to pinpoint threats against native species and ecosystems. The preservation initiative is led by Conservation Dogs of Hawaiʻi (CDH), an Oʻahu-based nonprofit found in 2018 under the helm of respected dog trainer Kyoko Johnson. 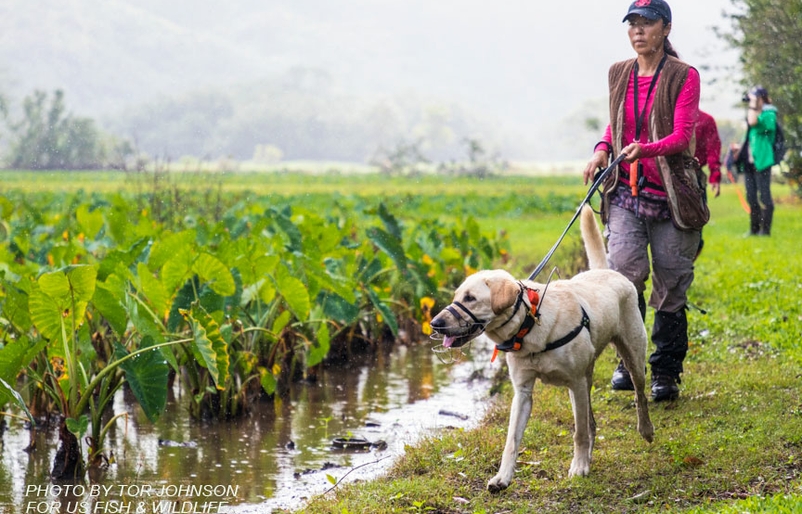 Photo provided by Conservation Dogs of Hawaiʻi
Johnson with a trained detection dog at the Hanalei National Wildlife Refuge.

Johnson got her start in conservation detection dog training after being called upon to help find and monitor endangered seabirds and bats on Oʻahu’s wind farms. “We found that dogs were very effective searchers and elevated the accuracy of our monitoring efforts,” she said.

“Hawai‘i is geographically isolated and has unique conservation needs, many of which we believe would benefit from detection dogs,” she said. “Many dogs already have the stamina and drive to do this type of work, and the owners who approach us want to contribute to the cause while doing something fun with their pet.” 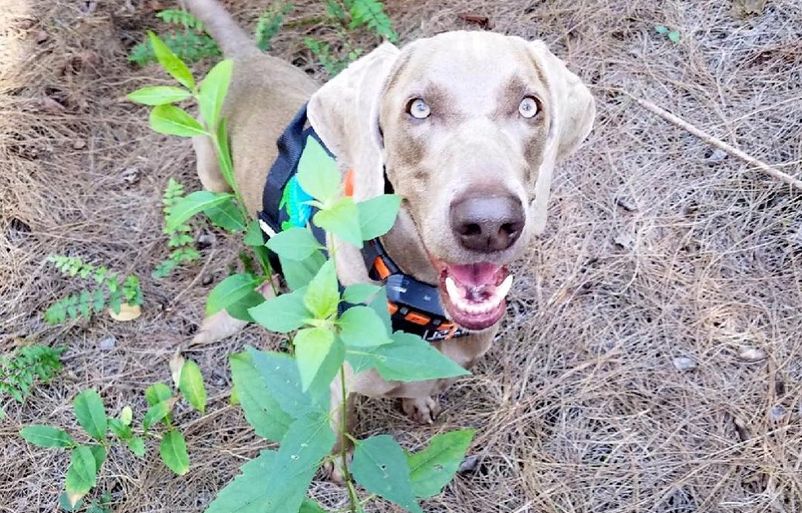 Photo provided by Conservation Dogs of Hawaiʻi
Ruger, a Weimaraner, showing his handler a patch of devil weed that was found while doing scent work on Oʻahu.

CDH does most of its work on Oʻahu, where the additional help will expand conservation agencies' capacity for finding and removing invasives like devil weed, melon flies, mongoose and rodents. On the Neighbor Islands, the group looks to grow each island’s dog-handler database. Since its inception, CDH has engaged and trained 30 dog-handler teams throughout the state.

Hawaiian Airlines is proud to support the nonprofit’s work by sponsoring its Neighbor Island flights through the rest of the year. We first hosted CDH last month on a flight to Kauaʻi, where the nonprofit is helping establish a volunteer K-9 program at the Hanalei National Wildlife Refuge. 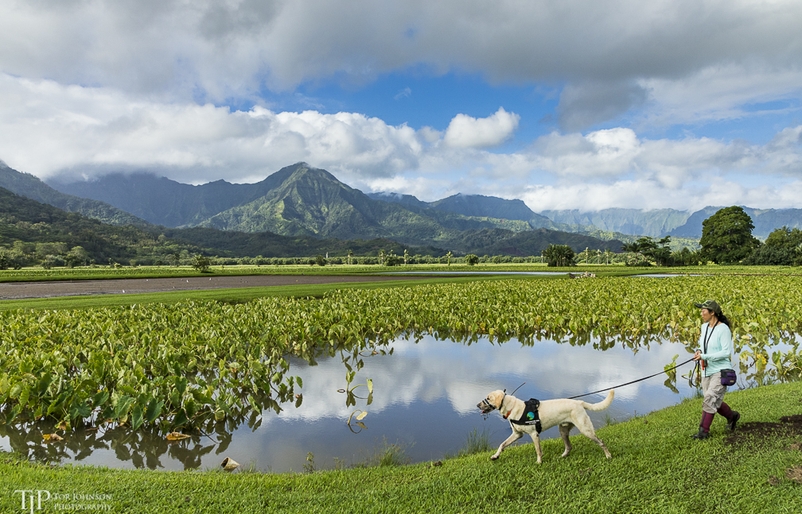 Photo provided by Conservation Dogs of Hawaiʻi
Johnson with a trained detection dog at the Hanalei National Wildlife Refuge.

“Our focus has been on training and certifying dog-handler teams who will later help the refuge conduct surveys to prevent or curb avian botulism, a disease that can affect the native endangered water birds that live there. The koloa maoli, or Hawaiian duck, is the most susceptible to botulism due to their feeding habits, however the ‘alae ‘ula (Hawaiian gallinule), ‘alae ke‘oke‘o (Hawaiian coot) and ae‘o (Hawaiian stilt) can also be affected,” Johnson explained. “We’re grateful Hawaiian Airlines was able to step in and alleviate the stress of transportation costs.”

The nonprofit aims to expand its service to support additional local conservation initiatives, including locating downed seabirds or injured chicks on Kauaʻi and sniffing destructive invasives on the Big Island. “Several of our dogs are already trained to detect birds and plant species and have field experience under their belts, so we’re confident they could be of great benefit in those areas,” Johnson said. 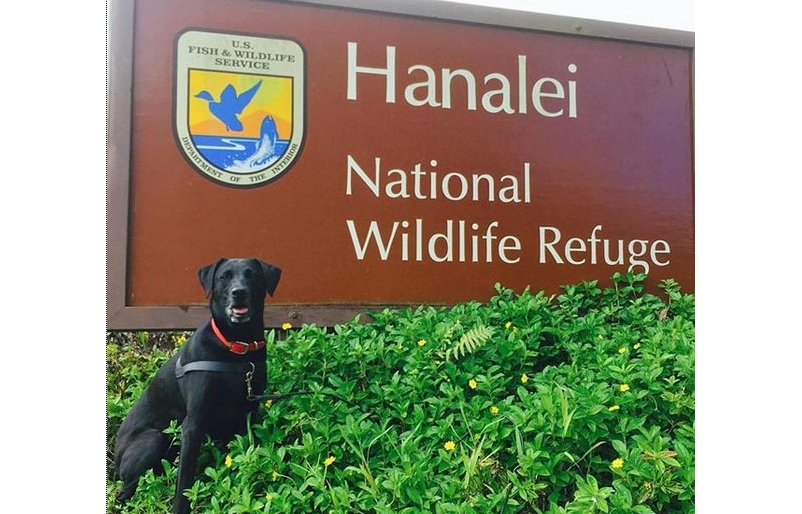 Photo provided by Conservation Dogs of Hawaiʻi
Bodhi, a Labrador mix, posing before beginning scent work with her handler at the Hanalei National Wildlife Refuge.

Aside from the focused fieldwork, the nonprofit’s detection dogs are also unsuspecting eco-stewards. “Dogs are great ambassadors for raising awareness about conservation,” Johnson shared. “People stop us in the field all the time to ask what we're doing. It gives us opportunities to educate the community about invasive/endangered species and how they can help us protect the environment.”