The future of Hawaiʻi’s Kaʻupu (Black-footed albatross) is riding in the tailwind of scientists relocating the bird’s colonies to Mexico, away from the threat of sea-level rise. Hawaiian Airlines has proudly worked alongside these researchers to give the species a lift to their new home.

The Kaʻupu, an indigenous seabird known for being an accomplished flier and forming long-term pair bonds, has called the Northwestern Hawaiian Islands home for thousands of years. However, climate change has increasingly threatened the species, and experts like Eric VanderWerf, director of science at Oʻahu-based nonprofit Pacific Rim Conservation, believe its survival depends on establishing new nesting grounds at higher elevations.

“Almost all of the Ka'upu in the world, about 28,000 pairs, nest on the low atolls of the Northwestern Hawaiian Islands,” he said. “The biggest long-term threat to the species is the inundation of its breeding colonies by sea-level rise and storm waves caused by climate change.” 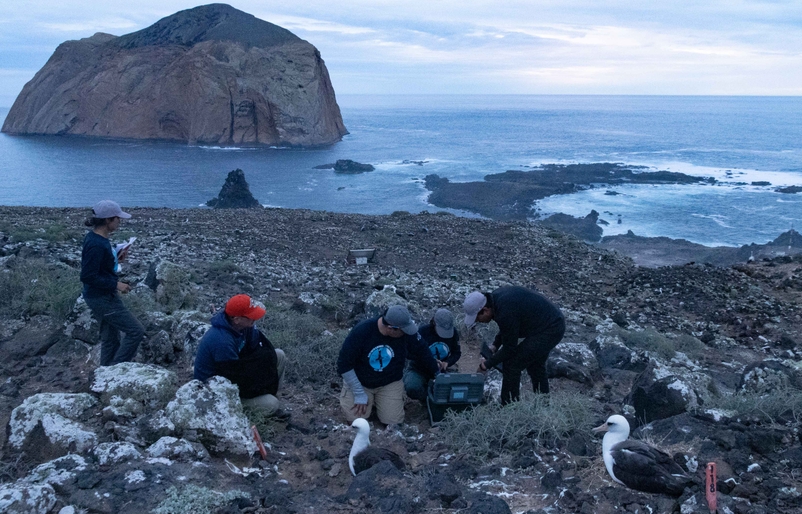 Pacific Rim Conservation has taken on the arduous job of helping the birds settle into a new prospective habitat on the Isla Guadalupe, off the west coast of Mexico's Baja California Peninsula. And over the past two years, Hawaiian Airlines has provided VanderWerf and his team with flight support and helped transport Kaʻupu chicks and eggs from Honolulu to San Diego as they traveled to Mexico and Isla Guadalupe.

Isla Guadalupe is ideal for alternative Kaʻupu nesting sites because “it is a big, high landmass where there is already a thriving colony of Mōlī (Laysan albatross),” VanderWerf said. “Ka'upu are known to forage for food in the waters around Isla Guadalupe, but they historically did not nest there. Some Ka'upu nesting in Hawaiʻi fly to California and Mexico to find food and then fly all the way home to feed their chick. We can make their commute much shorter if we can get them to nest on Isla Guadalupe.” 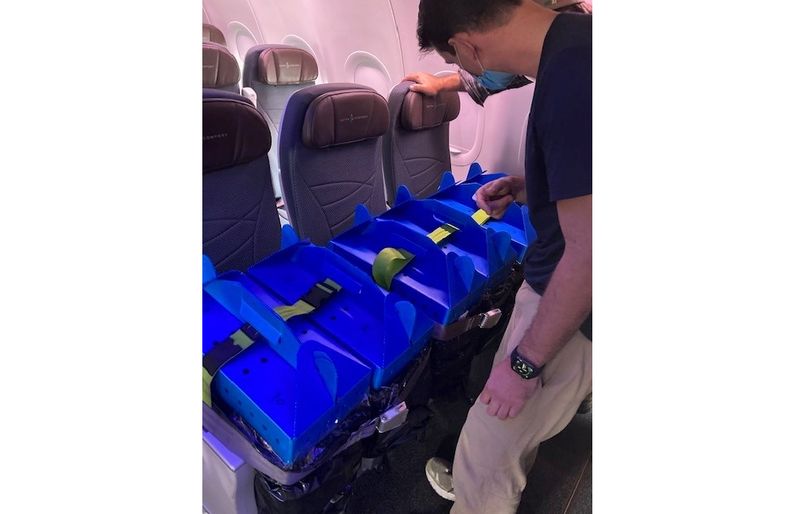 “This project helped create an ‘insurance’ population. The eggs we collected on Midway came from nests that were right on the island's edge and were in danger of being washed away. Some nests had already been washed away during a storm just the week before we went to Midway,” he added.

Pacific Rim Conservation first connected with Hawaiian Airlines in 2020 at the start of its project and was able to transport its first 21 Kaʻupu eggs in January 2021. Then in February 2021, VanderWerf and his team required help moving 12 live chicks, and in January 2022, they carried 36 more eggs. 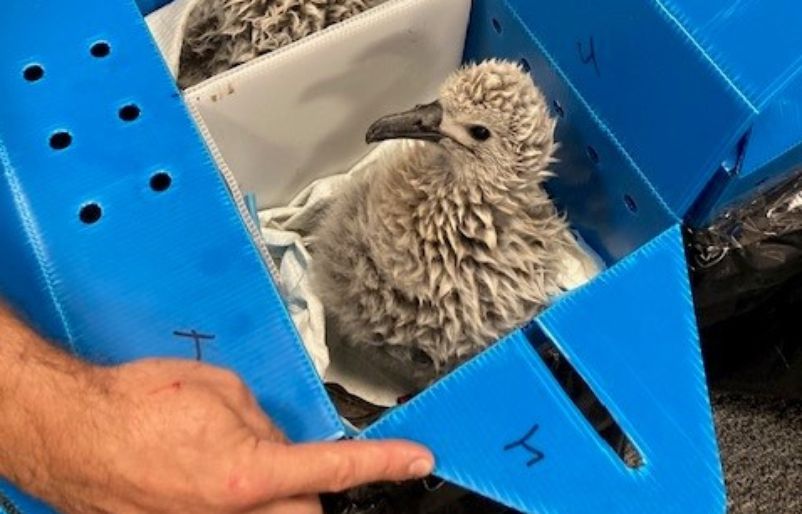 “We take pride that our airplanes, our wings, helped these incredible seabirds get to a new safe place. Pacific Rim Conservation is an organization that is so invested in science and research and being able to help them care for an indigenous species was exciting for us,” said Debbie Nakanelua-Richards, director of community and cultural relations at Hawaiian Airlines.

Nakanelua-Richards was of the many hands at Hawaiian Airlines and the Daniel K. Inouye International Airport who ensured a safe travel journey the Kaʻupu.

“Initially, it seemed like a simple task, but we quickly realized that there were many people who needed to be included. The eggs and chicks are incredibly sensitive, so we had to manage everything around them and minimize the number of hands that touched them," she explained. “We took them through check-in, TSA, which was especially concerning because they had to go through the x-ray machine. However, TSA was a great partner, and their staff was ready to help when we arrived. Then, we had to get them through the gate, put them in their seats, strap them in carefully, and have conversations with the flight crew, who were briefed about the extra responsibility in advance.” 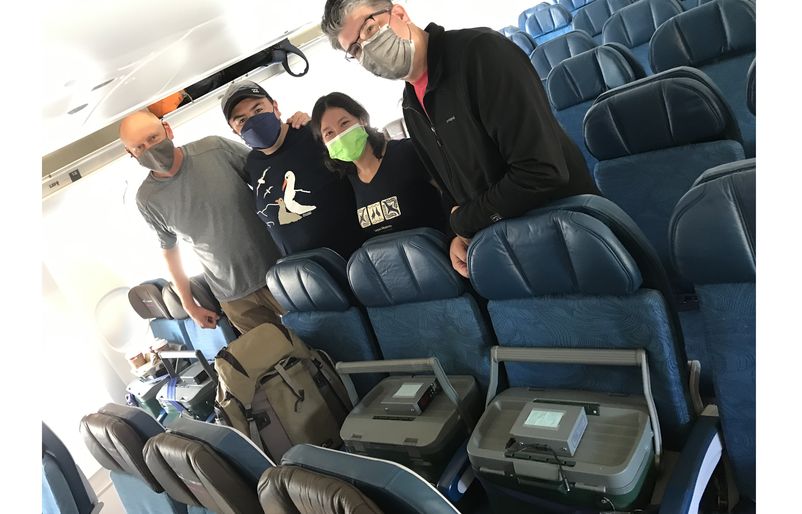 VanderWerf said, “traveling with such fragile cargo like the Ka'upu eggs is somewhat nerve-wracking. It’s like traveling with an infant, or 57 infants since that is how many eggs we brought.”

“We worry that they might get too warm or too cold. We worry if there is turbulence during the flight and it gets bumpy. We carry the eggs in portable incubators with custom-made foam cutouts the size and shape of an albatross egg,” he added. “Each incubator can hold nine eggs, and they have a built-in heater that can be plugged in (when not on the airplane) to keep the eggs warm. It was a relief to get to the destination with no problems, and everything went fine. Hawaiian Airlines has been a big help with this project by allowing us to transport the eggs.” 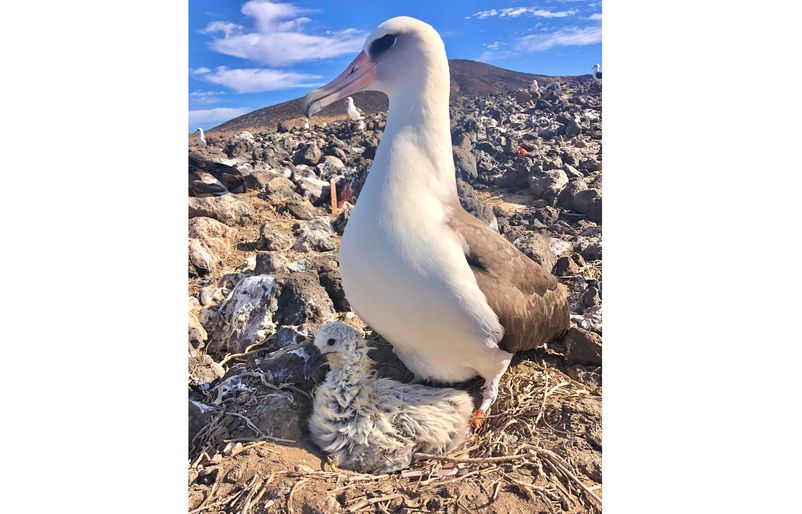 All but four of the 57 eggs brought to Isla Guadalupe earlier this year have hatched. Of the 12 chicks that were flown to Mexico, nine survived and have fledged and are now caring for the colony’s new hatchlings, building the new future for Kaʻupu at Isla Guadalupe.

“Many people had to stop and invest their time and care to make this happen,” Nakanelua-Richards said. “Placing responsibility on so many people to help get these special creatures and their caretakers is a big ask, but it was an opportunity to share a story. We were very fortunate others shared our passion for helping this group do their important work.”