Hawaiian Airlines would not carry the storied legacy it does today if it were not for the contributions made by members of the armed forces. Whether they’re employees, guests, or troops transported via our military charter flights, we are honored to call veterans and active-duty service members part of our ʻohana.

Our veteran employees have played a critical role in our success by applying their training and expertise toward ensuring the highest level of safety is maintained when servicing our fleet, supporting our operations and caring for our guests. It’s also because of their pride and dedication that the Hawaiian Airlines Veterans Employee Network (HAVEN) exists today. In 2017, a group of service men and women from various departments formed HAVEN, which gathers military vets throughout our airline, providing them with volunteer, networking and career development opportunities.

The group’s members have also served our communities, including collecting school supplies, donating to military dependents and helping facilitate special accommodations for war heroes traveling with us.

In December 2019, our airline partnered with HAVEN's members to host a special welcome for two World War II veterans, Colonel Clarence Anderson, a World War II pilot and Lieutenant Commander Lou Conter, who was one of three remaining survivors of the USS Arizona at the time. The veterans arrived in Honolulu from Sacramento and were given a water cannon salute, a red carpet, an official recognition bell and a group salute among waving flags.

“We are proud to have served our nation and are grateful for the support of our company and communities,” said Michael Church, manager of facilities and training devices and HAVEN board member. “We are also fortunate to have a forum [HAVEN] to support each other and to provide assistance whenever needed.” 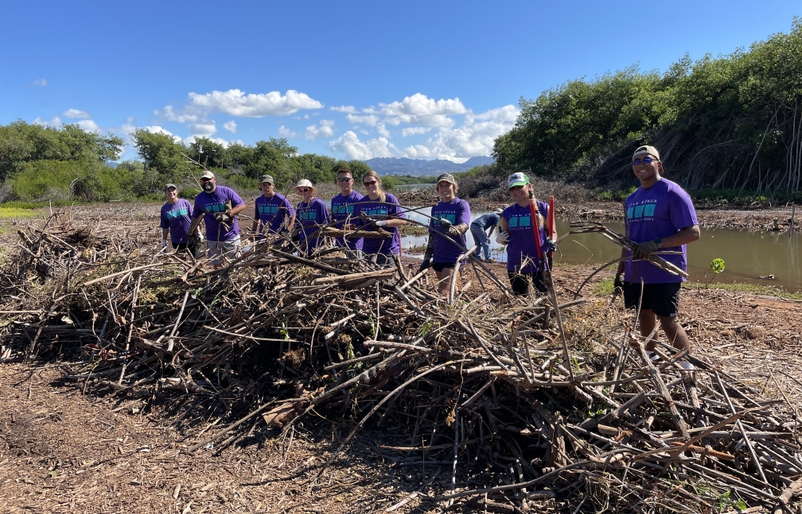 Team Kōkua and HAVEN members at Puʻuloa behind a pile of overgrowth they removed from the stream's edge.

To commemorate Veterans Day this year, HAVEN members and our Team Kōkua employee volunteers joined Hui o Hoʻohonua, a veteran-founded nonprofit dedicated to the restoration of the land and waters of Puʻuloa (Pearl Harbor) via its Mālama Puʻuloa program. Volunteers helped care for the area's stream and fishpond, including clearing weeds, overgrowth and invasive mangrove trees and planting ‘ākulikuli along the shoreline for stability. 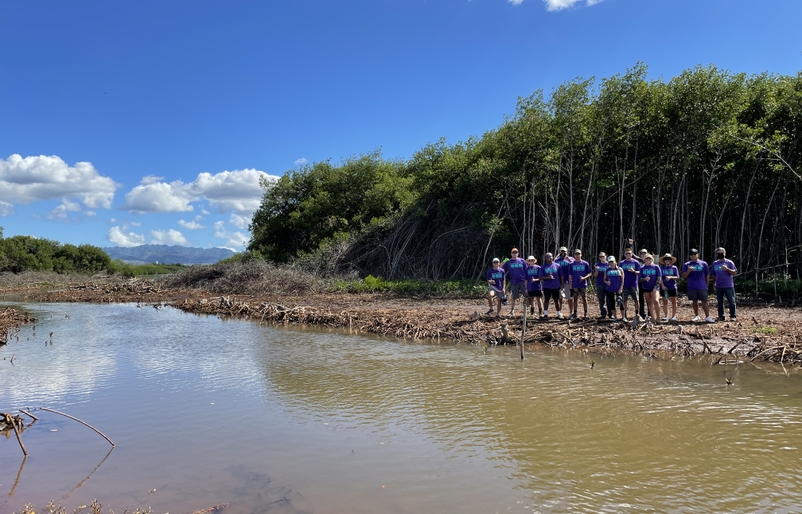 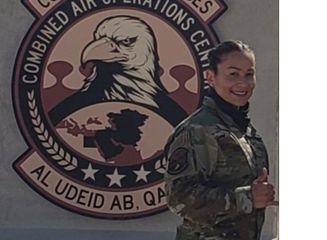 Misty Park, a senior platform engineer of information technology who recently returned from active duty in the Middle East, was among HAVEN's members who volunteered at Puʻuloa.

"Volunteering with HAVEN and Team Kōkua for Veterans Day was a pleasure for me. I enjoyed being able to give back to my community and learn about our 'āina, while also honoring the many amazing people who have served in the nation's armed forces, both at home and overseas," Park said.

"I am an activated Hawaii Air National Guard member who recently returned from an overseas deployment, so volunteering at today's event felt like a wonderful gesture of support for those who have served our country," she added.

As we continue our companywide commemoration of Veterans Day, a handful of our military employees shared their manaʻo (thoughts, knowledge) and moʻōlelo (stories, history) of times in service and at Hawaiian Airlines. 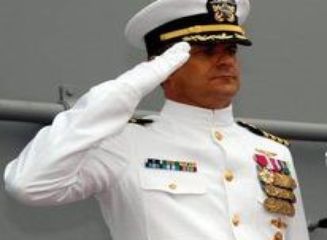 A desire to live in Hawai‘i and fly helicopters led Landers to join the U.S. Navy. Landers completed 27 years of service, providing him with the skills to lead Hawaiian Airlines’ technical operations division.

“Now, eight years into my career at Hawaiian Airlines, I find that I still often look back and reflect on how those experiences [in the Navy] are directly applicable to work I do here,” Landers said.

“The hallmark benefit of my Navy career is the example of leadership and mentorship from some of the very best leaders in our nation – leaders who understand that trust and integrity are essential to successfully leading a team to meet the mission. After all, the real work of those missions (and our company’s mission) is accomplished by people who work hard, in sometimes difficult environments, often with specialized skills, who advocate being sufficiently trained and have the tools needed to do their job.” 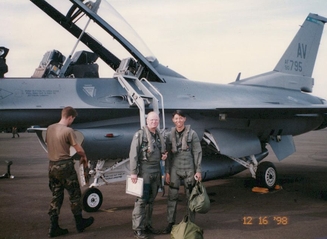 Kim is of the less than one percent of Americans who serve on active duty in the Armed Forces, and is proud to be employed by “a company that values and employs a diverse population of military veterans.”

“If you look closely at your fellow teammates, you’ll be amazed by the accomplished careers they’ve had before their life at Hawaiian Airlines,” Kim said.

“I know of several accomplished one- and two-star general officers, commanders, senior enlisted, and chief petty officers who proudly call themselves members of the Hawaiian Airlines ‘ohana” he said. “Their wealth of experience adds to this amazing company we are all so proud to be a part of. Everyone has a story, and we must recognize their sacrifices and hear their stories as our veterans deserve to be honored and appreciated.” 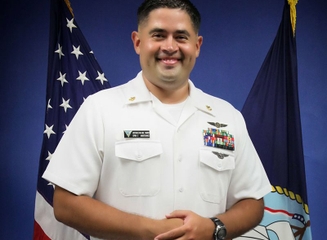 Answering the call of duty has been a cornerstone in Church’s life, but his definition of the term evolved throughout his military career.

“Responding to duty means distant deployment away from your family. It means not being able to call on a birthday. It means to take on a tough mission where folks your age with families of their own are getting hurt. It means making hard decisions at the hardest of times for the best outcome possible,” Church reflected.

“Even with all those demanding duties, I loved my service in the Navy,” he said. “It prepared me for life after service and – most importantly – showed my wife and children what it means to sacrifice for the greater good and our nation.” 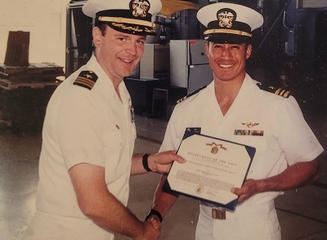 A boyhood quest for a flight suit inspired by “Top Gun” turned into a rewarding career and sense of belonging for Guerrera.

“As a teenager, I remember wanting to have a flight suit. I saw myself as the next ‘Maverick’ and needed to have those green overalls (and not worry about what to wear to work ever again)!” he said. “I planned to join the military right after high school and get one. After a great deal of luck, patience, and sheer brute force determination, I finally got my very own flight suit, which I aptly wore to the local mall that same day. I felt that this one thing [the uniform] would be the reason for a career in the military. Not even close.

“As the years went on, I started to realize that it wasn’t just about owning a flight suit; it was the military community that I served with that made this career so rewarding. They came from all parts of the country with one goal in mind: to serve. Throughout our challenges and struggles, we celebrated, cried and always supported each other.” 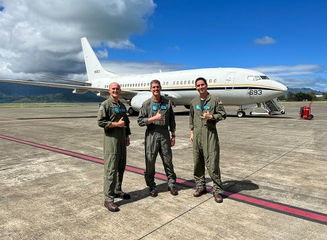 When they aren’t at the controls of our aircraft safely taking our guests to their destinations, Jordan Pingrey, Mark Kerber, Patrick McCarthy and Erin Pierce serve our nation in the U.S. Navy Reserve. They’re members of Fleet Logistics Support Squadron 51 (VR-51), a unit composed of active duty and reserve personnel based at Marine Corps Air Station at Kāne‘ohe Bay. Also known as the “Windjammers,” the squadron provides rapid response transport of cargo and personnel utilizing a fleet of C-40A Clipper aircraft (a militarized version of the Boeing 737-700).

“We’re proud of the connection between our civilian work and military service,” said Kerber. “Many former members of the Windjammers continue to fly for Hawaiian Airlines.”

On behalf of our ʻohana at Hawaiian Airlines, we offer a warm mahalo to our country’s veterans, active military members and their families for the sacrifices made to keep our country safe.