For the people of American Samoa, the arrival of our Hawaiian Airlines charter flight at Pago Pago International Airport (PPG) on Jan. 13 brought much more than just the return of our service in nearly a year. More importantly, the landing of our Airbus A330 at PPG marked a long-awaited homecoming for the first of thousands of residents who have been stranded away from home in Hawaiʻi, the U.S. mainland and beyond since the start of the COVID-19 pandemic.

At the request of the American Samoa government, a year ago this month we suspended our Honolulu-PPG flights – the only regularly scheduled air link connecting the U.S. territory and Hawai'i – as officials closed the South Pacific islands’ borders to safeguard its communities from the COVID-19 virus.

While our commercial flights remain on hold, we are partnering with the American Samoa government to operate a series of repatriation flights. 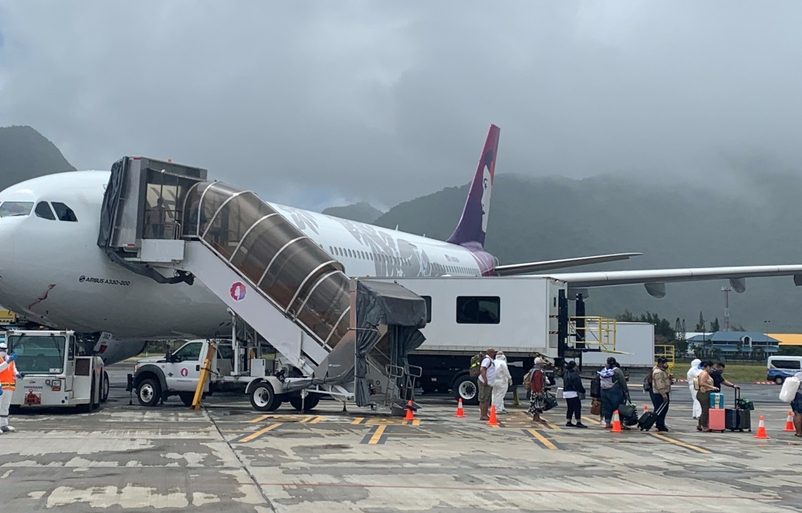 Returning residents deplaning our second repatriation flight, which landed at PPG on March 10.

“We [Hawaiian Airlines] were the obvious choice for the job, and the government was quick to contact us right away,” said Tuli Fruean, who was born and raised in the main island of Tutuila and leads Hawaiian’s local operations as general manager of our PPG station. “We were very fortunate to be part of the conversation from the very beginning.”

In January, Fruean was appointed to a special, multi-agency task force, created by the American Samoa governor, to repatriate nearly 2,000 stranded residents. The effort by the State of Hawaiʻi, American Samoa’s Department of Health, Department of Homeland Security and Department of Port Administration, and Hawaiian Airlines ensures all flights will operate safely and follow Centers for Disease Control and Prevention guidance. Each flight requires up to a month of planning, Fruean shared, and passengers must complete an extensive pre- and post-travel testing and quarantine process to be cleared by the government and reunited with their families.

“We welcomed about 160 guests on our first repatriation flight, and because of the rigorous testing and quarantine requirements put in place by the task force, all of them were able to be screened, cleared and released into the public,” Fruean shared. “On our second flight, which arrived last week, we transported 188 guests who are currently completing their post-arrival quarantine requirements.” 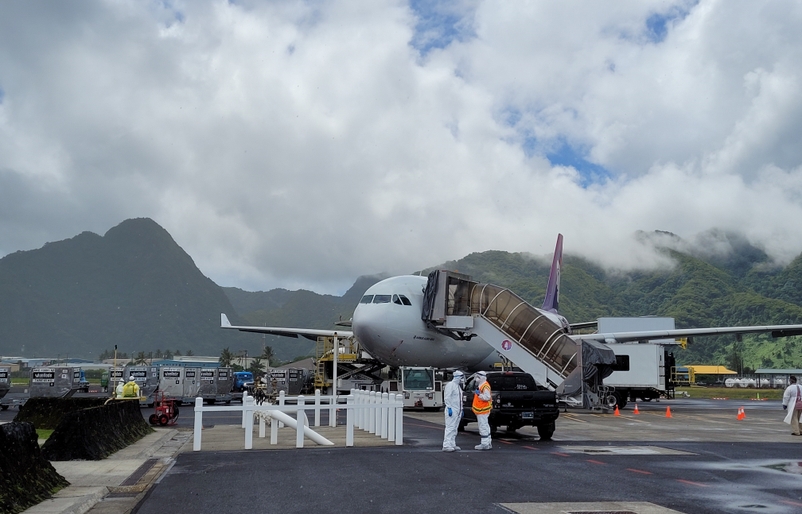 PPG station staff converse in their full PPE after returning residents deplaned the aircraft and were shuttled to their quarantine hotel.

Fruean has focused on ensuring his staff remain protected and equipped with personal protective equipment (PPE) required by American Samoa’s Department of Health. However, the island’s hot weather and high humidity proved to become his team’s biggest challenge during the first repatriation flight.

“All of us had to wear full PPE suits on that first flight. I remember it was a very hot and humid day (high 80s with 100 percent humidity), making our jobs difficult,” Fruean recalled. “The full PPE suits also limited our movements because if there was any comprise in the suits, such as a rip, we were subject to a 14-day quarantine. So, we all had to move very slowly and carefully.”

“I was also able to have more guest-facing staff on standby in case we needed to rotate them and give them a break. The new PPE policies were extremely helpful for my team working the second repatriation flight,” Fruean said. “Despite heavy rains and winds, we were able to process all arriving guests while keeping one another protected and feeling supported throughout the process.” 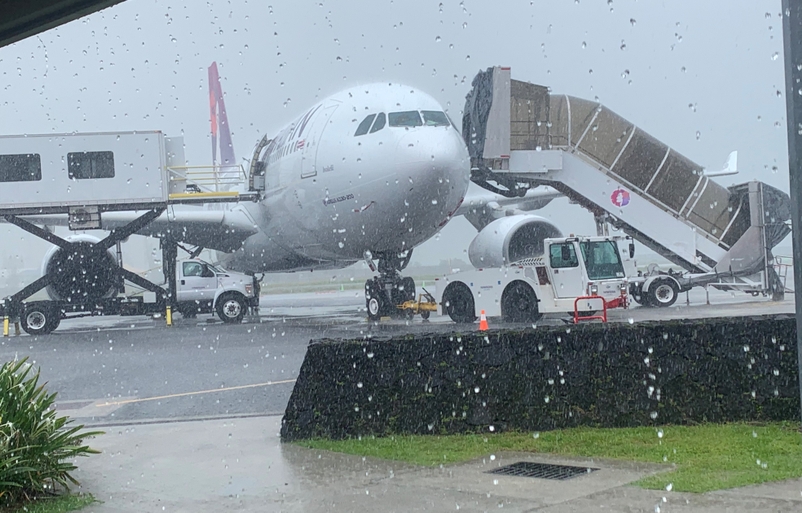 Fruean anticipates we will operate up to two repatriation flights monthly over several months to keep up with the growing list of residents seeking repatriation assistance.

“In the end, it is an incredibly satisfying effort that requires the work of many hands, from the governor of American Samoa to our baggage handlers,” Fruean reflected. “My team's motivation is knowing that members of our community are finally returning home to their families after being separated for 12 months. We know that the people coming off our planes could be one of our family members, and that has been an extremely unifying and exciting feeling for all of us.”