As Hawaiʻi rebounds from one of the most tumultuous times in its modern history, island communities are also recovering through a revival of long-time traditions once thought unwavering. Last year, the annual Merrie Monarch Festival, a prestigious cultural event showcasing the world's best hula dancers and hālau (groups), was forced to cancel what would have been its 57th consecutive year of competition due to the COVID-19 pandemic. The news left the community devastated.

The cancellation of the festival, held annually in Hilo on the Island of Hawai‘i since 1971, was heartbreaking for Hawaiian Airlines, which has supported the event for over three decades.

Before the pandemic, Hawaiian Airlines and NMG Network collaborated to create the documentary Ka Huaka'i – The Journey to Merrie Monarch. The film tracked the journeys of three Hawaiian Airlines employees — Lono Padilla, Tauarii Nahalea-Marama, and Kamalani Ho Wehrsig — to the 2019 competition in real-time.

"One would never imagine that there would be anything that could change, that is course until we experienced a year like 2020,” said Debbie Nakanelua-Richards, director of community and cultural relations at Hawaiian Airlines. “The cancellation of Merrie Monarch was a defining indicator that the pandemic was beginning to reach into the foundation of how we honor, celebrate and share the unique traditions of Hawai’i’s culture."

Despite challenges posed by the pandemic, it was more important than ever for Hawaiian Airlines to continue its support and invest in the future of Merrie Monarch, explained Nakanelua-Richards, a renowned hula dancer. “Even though the festival was canceled last year, and we were in a difficult time ourselves, we still provided support to help the festival maintain its footing for 2021,” she said.

"The show must go on!" was the rallying cry by organizers as the festival returned this past weekend amid the state’s successful vaccination rates and ongoing relaxation of restrictions. While the 58th festival streamed live on television and online for three days, viewers could not spot familiar faces in the audience of a typically packed stadium in Hilo. The festival was closed to the public and hosted in a constrained format without its famous parade, pride-inducing hula exhibition, and bustling arts and craft fair. Instead, merchants were encouraged to sell their products on Pop-Up Mākeke, an online marketplace launched last year, with support from Hawaiian Airlines, to help native Hawaiian business owners who relied on the festival's traffic. 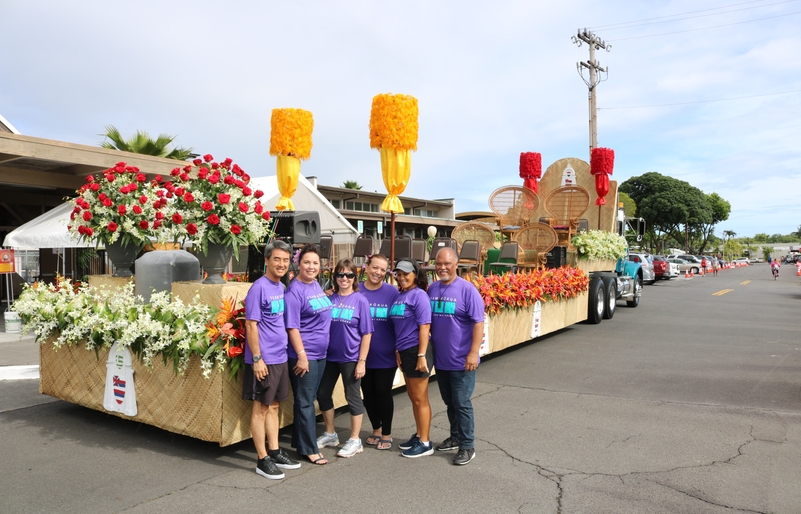 Nakanelua-Richards explained that the airline’s annual celebrations in Hilo were also significantly reduced.

Merrie Monarch is a special time for Hawaiian Airlines employees, who last celebrated together in Hilo during the 2019 competition.

However, Hawaiian Airlines continued its support of the 2021 festival as a sponsor and further assisted with baggage waivers, discounts, prizes, and complimentary cargo services, including transporting 100 pounds of fabric ukulele cases.

Despite not being able to celebrate alongside the Hilo community, our ʻohana followed the competition closely from their homes, cheering on participants making their debut on this year’s stage – a high honor for a hula dancer. For others, it is a time to reflect on their love of dancing and memories with the Merrie Monarch Festival. 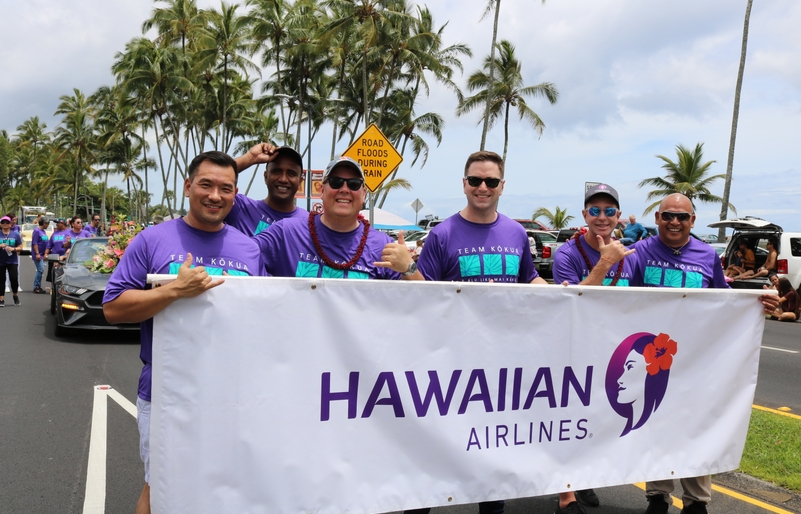 Nakanelua-Richards is one of our many employees who have graced the festival’s prestigious stage, appearing in 1975 and 1986. “Having been on that stage with my hālau has lent me a different perspective,” she said. “It is a privilege for Hawaiian to support the festival in these ways and is truly an opportunity for us to come together, as an ‘ohana, to be a part of a special event that is so committed to the perpetuation of the Hawaiian culture."

Kauʻula Kamahele, a Hawaiian Airlines flight attendant who won the festival’s prestigious title of Miss Aloha Hula in 1981, said her love of dancing extends into her job with her fellow crewmembers.

Kauʻula Kamahele, during a 2019 interview at the Daniel K. Inouye International Airport about her love for the Merrie Monarch Festival.

“When you think about it, the airplane is like being on a stage: you put your best smile, put your flowers on and you’re ready to go,” she said. “I’m ready to give [our guests] the best, most pleasurable flight that I can, but it takes a good team to do this, so I consider them [my coworkers] my hui [team).

“When we are on an airplane together, we work together; that’s how it was from my hālau times. I knew that, especially from all of the competitions that I did, you need to rely on your hula sisters, so all of that [those lessons] I carry with me [into the aircraft] today.