It was another busy summer month in 1950, and Hawaiian Airlines cargo employees were working around-the-clock to ensure the success of their latest juicy endeavor: Operation Pineapple Tops.

Over the course of two weeks, our cargo service shipped nearly 4 million crowns of Hawai‘i’s most iconic fruit from the Valley Island (Maui) and the Friendly Island (Moloka‘i) to the historic coast of Kohala on the Island of Hawaii. The massive order – placed by the Kohala Sugar Company – was eventually planted into a 250-acre field as part of a large-scale crop experiment.

What fascinates us most: throughout the entire operation, approximately 143 cargo flights were made without disrupting scheduled passenger service. 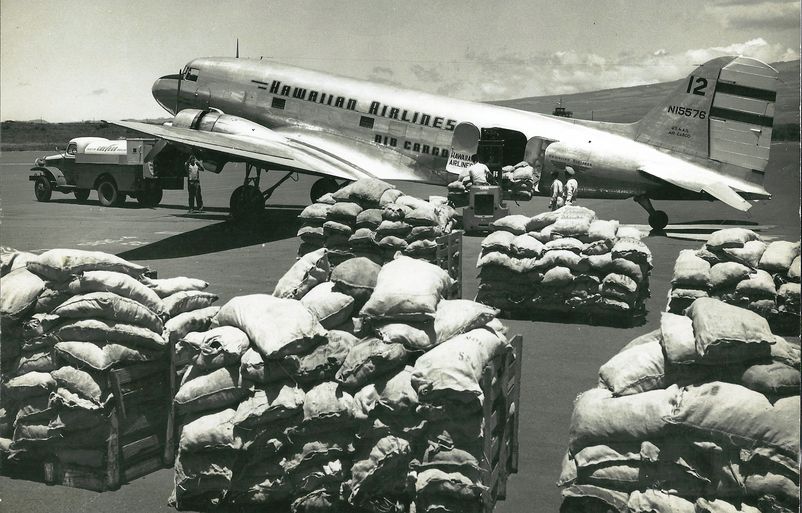 Canned pineapple was a popular ingredient throughout twentieth-century, American households due to its long shelf-life and exotic sweet flavor. According to the Hawaii Department of Agriculture, Hawai‘i’s pineapple production reached an all-time high in 1955 with nearly 76,700 acres planted, though the industry began to experience the initial stages of decline in the mid-1960s.