The Holoholo Challenge, Hawaiian’s first month-long virtual fitness challenge, was created to enable our guests to connect at a time when it is so deeply craved amid isolation and uncertainty. What started as a fun way for Hawai‘i lovers across the country to stay fit during a global pandemic resulted in an outpouring of support for not only fellow challengers but also Hawai‘i’s most determined athletes. At the beginning of October, nearly 12,000 participants decided to embark on a physical test that would have them holoholo (to go out) and run or walk a 50- or 130-mile “course” while practicing safe social distancing. By Nov. 1, that group collectively clocked in approximately 852,700 miles, or the equivalent of walking the Oʻahu perimeter more than 6,500 times, and raised over $68,000 for Hawaiian’s nonprofit partner, Special Olympics Hawai‘i. 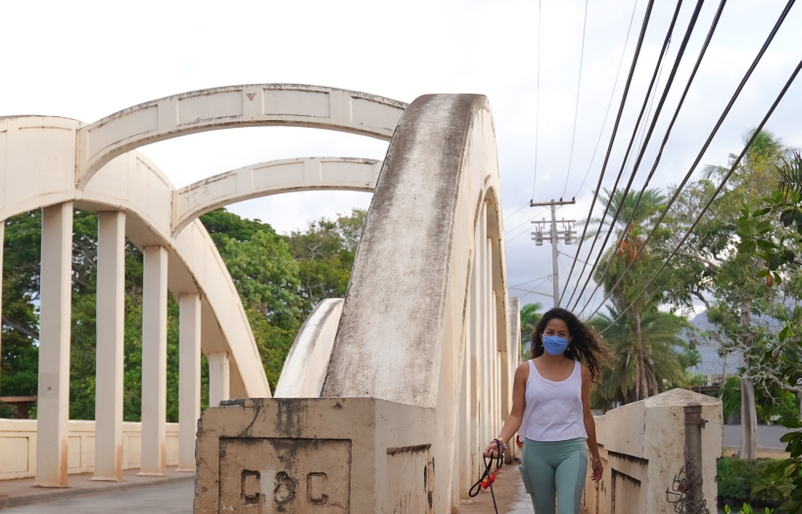 Participants collectively clocked in approximately 852,700 miles, or the equivalent of walking the Oʻahu perimeter more than 6,500 times.

“When we decided to create this virtual fitness challenge, we had no idea at how engaged and supportive the participants would be,” said Rob Sorensen, Hawaiian’s vice president of marketing and e-commerce, and competitive runner. “I’m so inspired by everyone that stepped out and stepped up to donate to benefit the incredibly deserving Special Olympics athletes.”

Our decision to support Special Olympics Hawai‘i was a natural one. Hawaiian has partnered with the organization for over 30 years to transport athletes to competitions within Hawai‘i as well as the U.S. mainland. 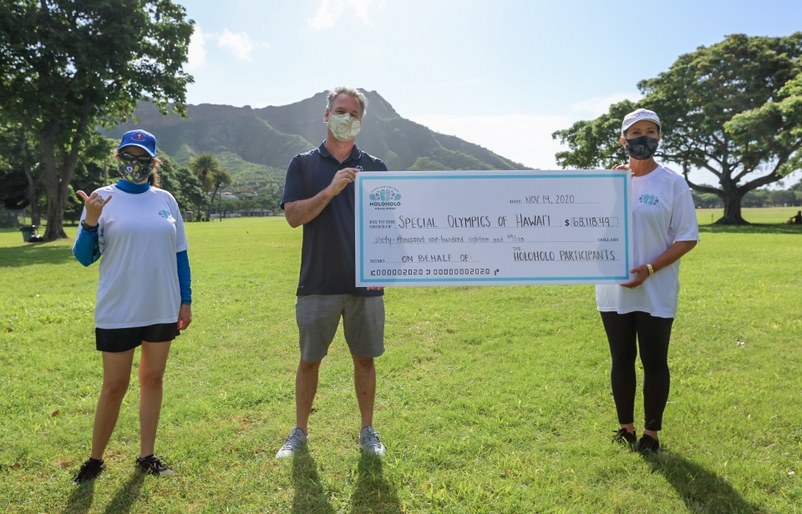 Debbie Nakanelua-Richards presents Dan Epstein and Renee Manfredi of Special Olympics Hawaii with a check for $68K, donated by participants of the Holoholo Challenge .

“Special Olympics Hawaii does incredible work and it’s our privilege to be affiliated with them,” shared Debbie Nakanelua-Richards, director of community and cultural relations at Hawaiian Airlines. “When we thought about who we could serve with this opportunity, it was an instantaneous decision. What they do for the athletes and the spirit of competition is in perfect alignment with the idea of holoholo. To be able to have them as a partner and the recipients of over $68,000 is an incredible display of generosity, and with that generosity comes hope in this time of uncertainty.”

In addition to the donation raised by participants, we sponsored 20 Special Olympics Hawaii athletes and coaches who took part in the challenge.

Renee Manfredi, athlete, sargeant shriver international global messenger and Special Olympics health messenger, was excited to compete with participants across the country at a time when other events have been canceled or postponed. 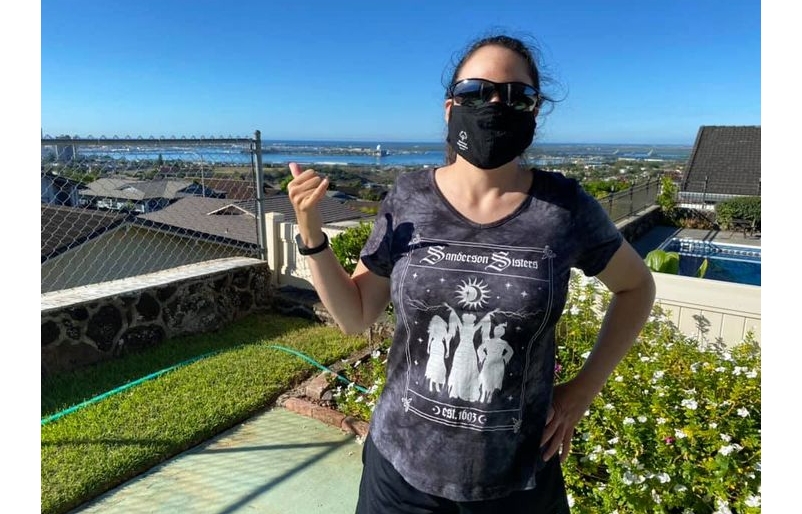 Renee Manfredi flashes a shaka as she earns her mileage around Oʻahu.

“This has been an amazing opportunity for everybody and hopefully we get to do it again face to face when this pandemic is over,” said Manfredi. “I’m so grateful to Hawaiian Airlines because not only did they come up with the idea, they supported and raised money for athletes such as myself with IDD [intellectual or developmental disabilities], and it’s very beneficial since everything that we do or try to do has been put on hold. Special Olympics Hawai‘i has gone above and beyond to ensure the athletes stay engaged and active. And with events such as this, it’s an opportunity for everybody, not just here on the islands but on the mainland too to get involved.”

Participants took to the official Holoholo Challenge Facebook Group page to share stories of their progress and offer words of encouragement throughout the event. Many have kept the conversation going by sharing links to new virtual races and showing off their finisher medals.

“Thank you, Hawaiian Airlines, for a wonderful experience. This was my first marathon and I walked much further than I ever thought I could! I am 78 (almost 79) and I walked a total of 232 miles. A month ago, I would have said that was not impossible,” beamed one Holoholo Challenge participant.

Congratulations to all the participants of the Holoholo Challenge, mahalo for your generosity and support of Special Olympics Hawaii!