HONOLULU – Two of the most popular airlines between Hawai’i and Japan today signed a comprehensive new partnership agreement that will greatly enhance the ease and comfort of travel for passengers traveling between the two island chains. The agreement between Hawaiian Airlines and Japan Airlines, signed at a ceremony in Tokyo, takes effect March 25, 2018 (subject to government approval). The agreement provides for extensive code sharing, lounge access and frequent flyer program reciprocity.

“Hawaiian Airlines is well known among Japanese travelers for its warm hospitality and its excellent record for punctuality and safety,” said Japan Airlines President Yoshiharu Ueki. “We look forward to providing our passengers with additional options of exceptional service and comfortable travel to and throughout the Hawaiian Islands.”

As part of this comprehensive partnership, the two carriers also intend to establish a joint venture designed to provide even more choices, convenience and enhancements to the traveling public to/from Japan and beyond to multiple Asian markets.

• JAL guests will have unlimited access to Hawaiian’s vast neighbor island and Japan-Hawai’i network, including non-stop flights between Sapporo and Honolulu.

• JAL Mileage Bank and HawaiianMiles members will be able to earn miles on the codeshare flights. Further opportunities for accrual and redemption of mileage will be expanded at a later date.

• Guests will have access to both airlines’ lounges, and when Hawaiian has completed its planned relocation to Terminal 2 at Tokyo Narita Airport, guests of each airline will be able to seamlessly transfer between each carrier’s networks.

About Japan Airlines
Japan Airlines (JAL) was founded in 1951 and became the first international airline in Japan. A member of the oneworld® alliance, the airline now reaches more than 344 airports in 56 countries and regions together with its codeshare partners with a modern fleet of more than 227 aircraft. JAL Mileage Bank (JMB), the airline's loyalty program, has reached over 31 million members worldwide. Awarded one of the most punctual major international airlines, JAL is committed to providing customers with the highest levels of flight safety and supreme quality in every aspect of its service, and aims to become the most preferred airline in the world.

About Hawaiian Airlines
Hawaiian®, the world’s most punctual airline as reported by OAG, has led all U.S. carriers in on-time performance for each of the past 13 years (2004-2016) as reported by the U.S. Department of Transportation. Consumer surveys by Condé Nast Traveler and Travel + Leisure have placed Hawaiian the among the top of all domestic airlines serving Hawai‘i.

Now in its 88th year of continuous service, Hawaiian is Hawai‘i’s biggest and longest-serving airline. 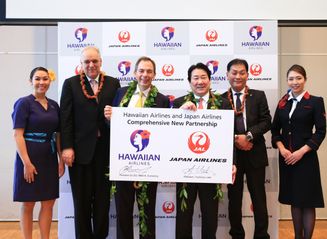 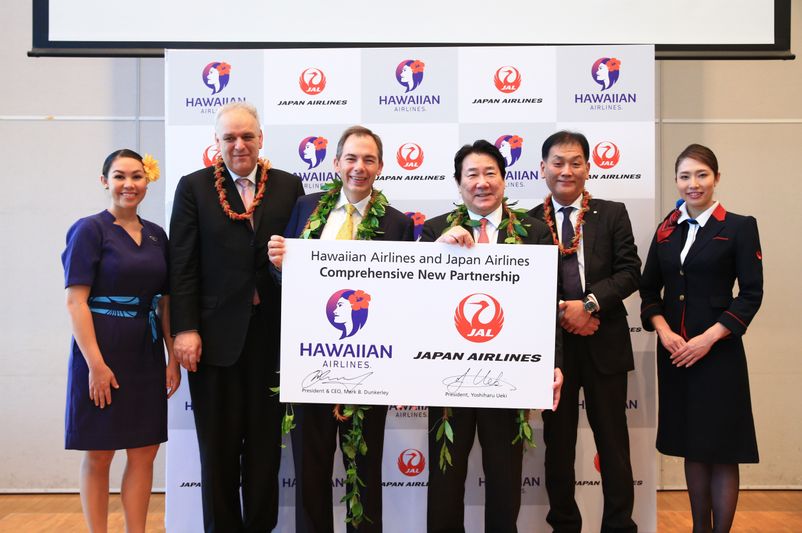