HONOLULU – Hawaiian Airlines today announced the appointment of husband-and-wife team Wade Ueoka and Michelle Karr-Ueoka, owners of Honolulu’s MW Restaurant and Artizen, as its executive chefs. Together, they will oversee menus from the carrier’s popular onboard Featured Chef Series, as well as curate First Class meals for inbound flights from the U.S. mainland and all cabin menus for flights between Hawaiʻi and Japan, Australia and New Zealand and outbound flights to South Korea. 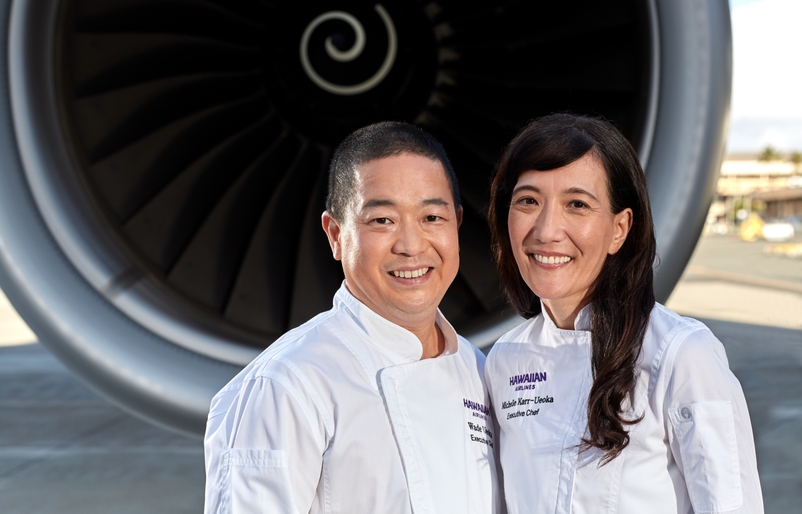 Ueoka previously prepared meals for Hawaiian’s guests as a featured chef in 2016 and 2018. The airline’s first executive chef duo replaces Chef Lee Anne Wong, owner of Honolulu’s Koko Head Café, who joined the Featured Chef Series in 2015 and has served as executive chef since 2018.

“Our Featured Chef Series has developed into a top-rated meal program that celebrates the vibrant culinary scene and outstanding agricultural bounty of our islands,” said Renee Awana, managing director of product development at Hawaiian Airlines. “Lee Anne Wong has played an innovative role in developing this program, and we are thankful for her time as both a featured chef and our executive chef. We offer her our sincere gratitude as she passes the torch to Chef Wade Ueoka and Chef Michelle Karr-Ueoka.”

About Our Executive Chefs

Ueoka was born and raised on Oʻahu and graduated from the culinary program at Kapiʻolani Community College. From his humble beginnings as a fry cook at Zippy’s Restaurants, he became chef de cuisine at the nationally recognized Alan Wong’s Restaurant. Ueoka has worked at several acclaimed eateries, including The French Laundry in Napa Valley, California, and Alex in Las Vegas. He has been recognized nationally as a Rising Star Chef and has received numerous local awards for being one of Hawai‘i’s leading chefs.

“After participating in the Featured Chef Series for nearly five years, it was an honor to be offered the role of executive chef,” Ueoka said. “Michelle and I are excited about the opportunity to share our passion for food on a global scale and look forward to welcoming Hawaiian’s guests with new menus that represent our home.”

Karr-Ueoka, one of Hawaiʻi’s premier pastry chefs, was born and raised in Honolulu. While attending the University of Hawaiʻi at Mānoa, she discovered a love for cooking after working at Alan Wong’s Restaurant. Karr-Ueoka attended the Culinary Institute of America in Hyde Park, New York, and later worked at various award-winning restaurants, including Daniel and Per Se in New York, and The French Laundry in Napa Valley. In over a decade as a pastry chef, she has been recognized as a semi-finalist of the James Beard Award and received the Rising Star Chef Award as a pastry chef.

“I have flown Hawaiian Airlines since I was a child, so as a chef, it’s very exciting to think that I now have the opportunity to design its in-flight meals,” said Karr-Ueoka. “Wade and I can’t wait to get started as Hawaiian’s first executive chef duo and husband-and-wife team.”

In 2013, Ueoka and Karr-Ueoka opened Oʻahu’s MW Restaurant, which the James Beard Foundation nominated for Best New Restaurant in 2014. In 2015, the couple opened Artizen by MW in Honolulu. 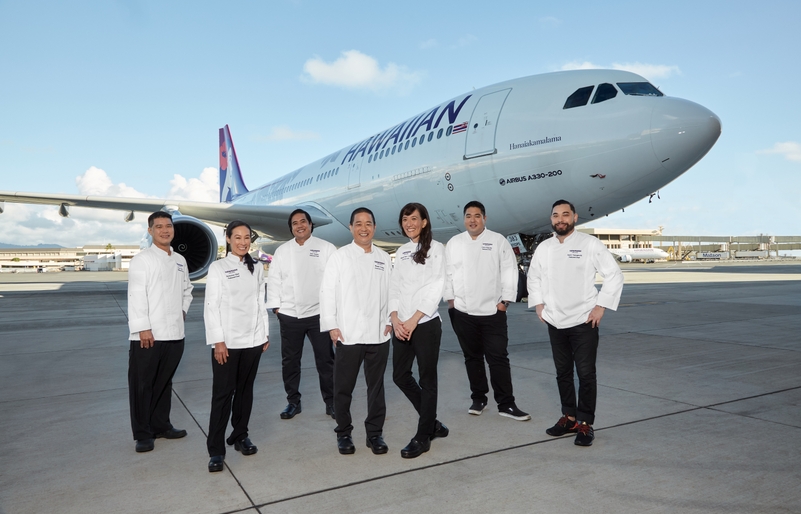 The timeline for the Featured Chef Series is as follows:

Born and raised in Honolulu, Chef Robynne Maii began her culinary adventure at 3660 on the Rise and Padovani’s Bistro and Wine Bar on Oʻahu. In 1999, she moved to New York City, where she worked at Union Pacific and the Waldorf-Astoria Hotel in its pastry banquet kitchen. Robynne worked for Gourmet magazine, City University of New York (CUNY), and has been a cookbook judge for the James Beard Foundation Awards since 2004. In 2015, Maii and her husband opened Fête in Honolulu’s bustling Chinatown. In 2018, Maii partnered with Hawaiian to debut LunchBox by Fête, a café-style restaurant at the airline’s Honolulu headquarters.

Chef Dell Valdez is the executive chef at Vein at Kakaʻako, specializing in modern Mediterranean cuisine. Valdez, a Maui native, was raised by immigrant parents who instilled in him a hard work ethic and mantra of “treating everyone as you would want to be treated.” He first learned to cook at home alongside his mother, who he calls his “greatest influence.” In 2000, he graduated from the culinary program at Kapiʻolani Community College.

Chef Jason Yamaguchi was born in Los Angeles and raised on Oʻahu. Yamaguchi’s passion for food was sparked in high school when he worked under James Beard Award-winning Chef Roy Yamaguchi of Roy’s Restaurants. Over two decades, Yamaguchi built his portfolio as a tastemaker while working under the watchful eye of respected chefs on the U.S. West Coast, including James Beard Award-winning, Michelin-starred Chef Michael Mina and Hawaiʻi’s own Chris Garnier of Roy’s Restaurants. Now residing in Honolulu, Yamaguchi is the executive chef of Mugen Waikiki, known for its French-Japanese cuisine.

Chef Chris Kajioka was born and raised in Honolulu and began his culinary training at the Culinary Institute of America in Hyde Park, New York. He has worked at prominent restaurants across the country, including Ron Siegel’s Dining Room at the Ritz-Carlton and Mourad Lahlou’s Aziza in San Francisco, California, and Thomas Keller’s iconic Per Se in New York. In 2012, Kajioka returned to Hawaiʻi to become the executive chef of Vintage Cave, where he received his first James Beard Foundation nomination for Rising Star Chef of the Year in 2014. In 2016, he partnered with Chef Anthony Rush to open his first restaurant, Senia, where he received several James Beard nominations. Kajioka is currently chef and co-owner of Miro Kaimuki and Bar Māze in Honolulu.

All Cabins – Seoul to Hawai‘i

Chef Chung, a featured chef since 2016, will continue his tenure on flights from South Korea. An expert in French and Japanese cuisine, he is the owner and chef of Kumsan Noodle Factory in Seoul. His culinary excellence has been widely recognized, and he has appeared in several Korean television programs. Feeling a strong personal attachment to Hawai’i, Chung has returned to the islands every year since his first visit over a decade ago.

Chef Eric Oto of Hoku’s at The Kahala Hotel & Resort recently completed his second menu cycle (June – November 2020) for inbound flights from U.S. mainland since joining the Featured Chef Series in 2018. His passion for the culinary arts began at the age of four when he caught his first fish with a bamboo cane pole. At a young age, Oto learned the philosophies of respecting and appreciating Hawai‘i’s food ecosystem from his father, a lifelong farmer and fisherman. Today, Oto’s reverence for the ocean can be seen — and tasted — in his cooking. Committed to supporting Hawai‘i’s next generation of chefs, Oto serves as a chef-mentor for local high school students with the Hawai‘i Culinary Education Foundation and the Chaîne des Rôtisseurs Jeune Chef Competition.

Other former participating chefs have included Mark Noguchi of Pili Group, Jon Matsubara of FEAST, Andrew Le of The Pig & The Lady, and Sheldon Simeon of Tin Roof Maui. Chai Chaowasaree of Chef Chai Restaurant was Hawaiian’s first executive chef from 2010 to 2018.

More information about the program and Hawaiian's latest in-flight menus are available at www.hawaiianairlines.com/our-services/in-flight-services/dining-and-drinks/featured-chef-series.

Hawaiian® has led all U.S. carriers in on-time performance for each of the past 17 years (2004-2020) as reported by the U.S. Department of Transportation. Consumer surveys by Condé Nast Traveler, Travel + Leisure and TripAdvisor have placed Hawaiian among the top of all domestic airlines serving Hawai‘i.

Now in its 92nd year of continuous service, Hawaiian is Hawai‘i's biggest and longest-serving airline. Hawaiian offers nonstop flights within the Hawaiian Islands, between Hawai‘i and more U.S. gateway cities (16) than any other airline, as well as service connecting the islands with Japan and South Korea. As a result of the COVID-19 pandemic, Hawaiian has temporarily suspended service in Australia, New Zealand, American Samoa and Tahiti.

The airline is committed to the health and safety of its guests and employees and has reinforced enhanced cleaning procedures across its business. While the experience may be a little different, the authentic Hawaiian hospitality remains unchanged. Additional details on how Hawaiian is keeping guests and employees safe can be found at HawaiianAirlines.com/KeepingYouSafe. 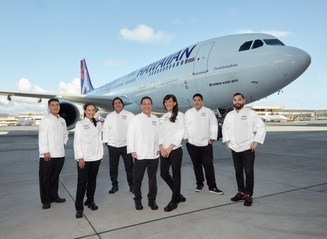 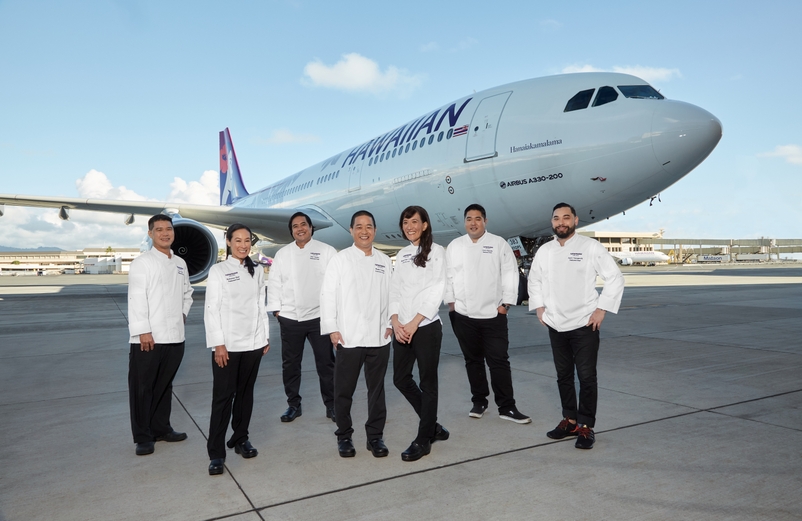 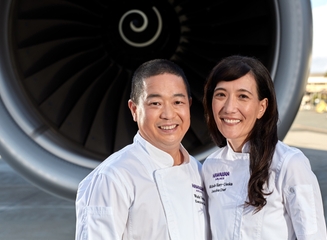 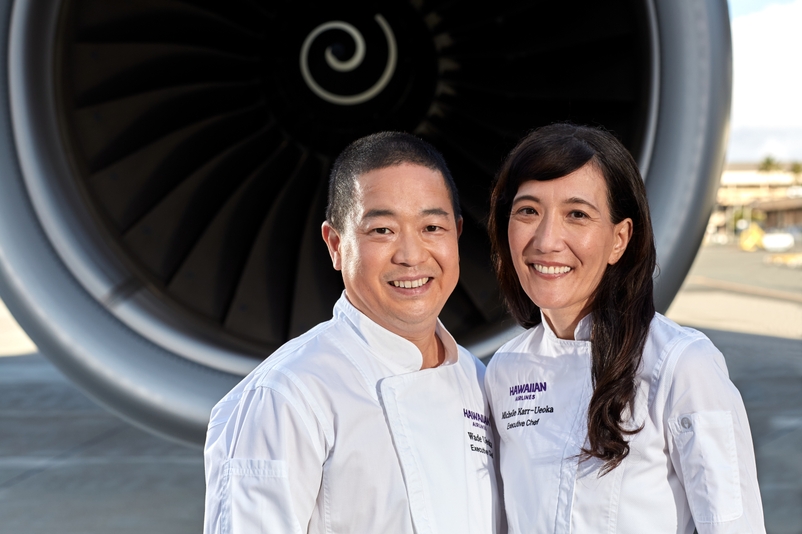 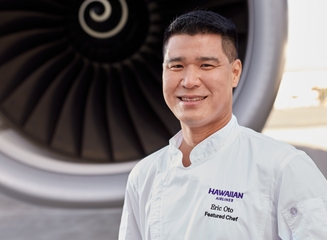 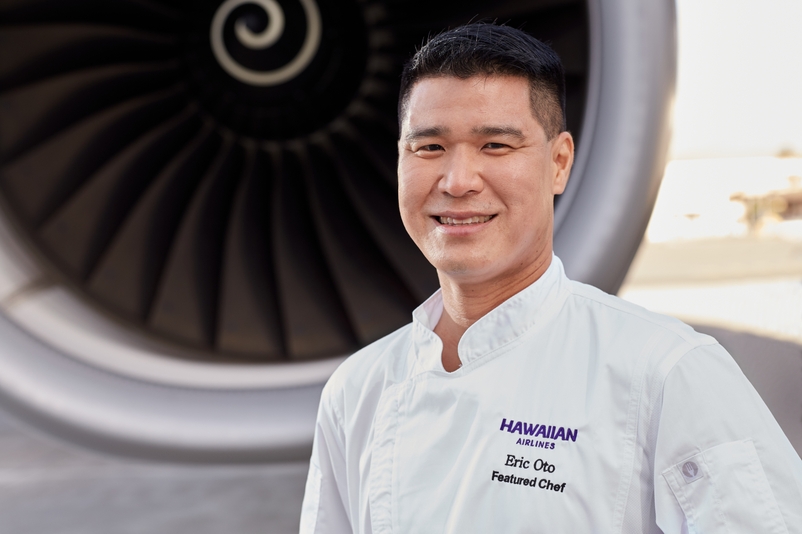 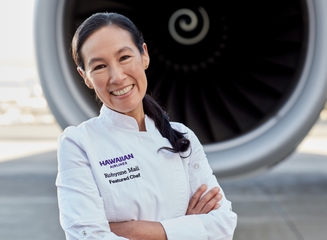 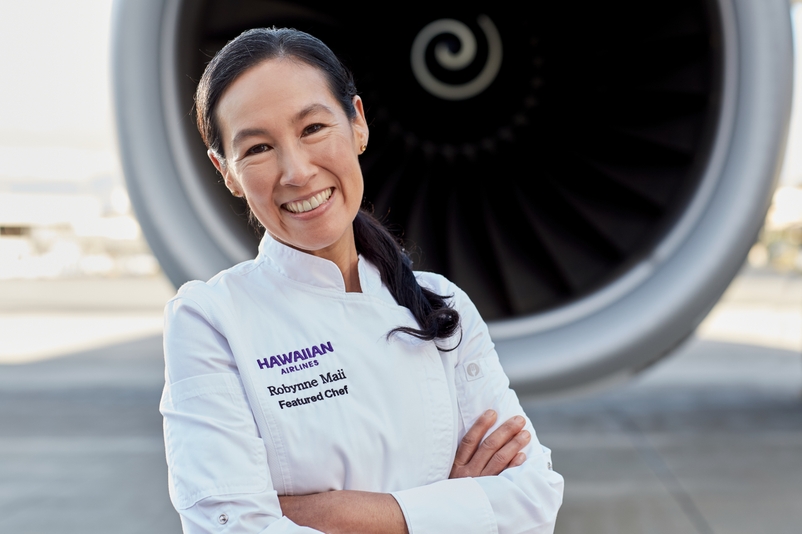 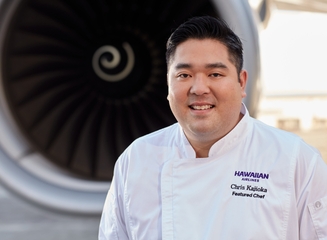 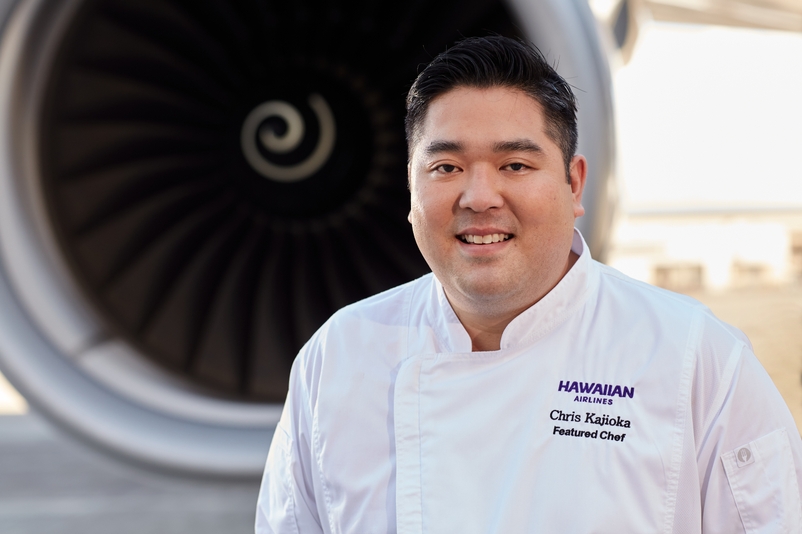 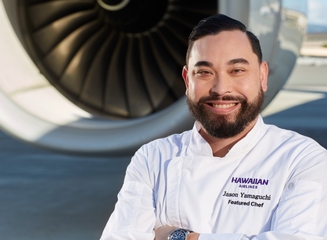 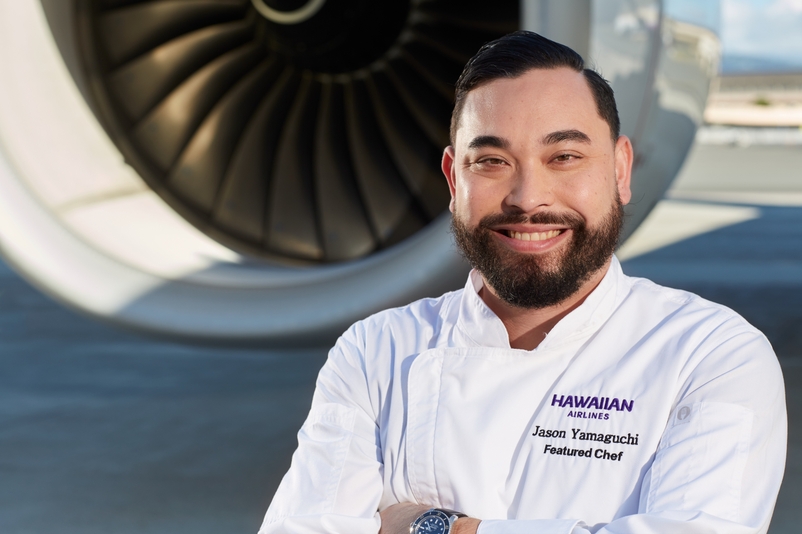 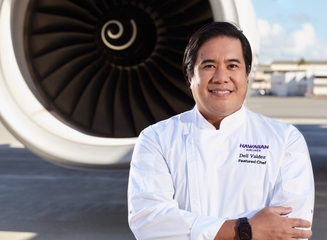 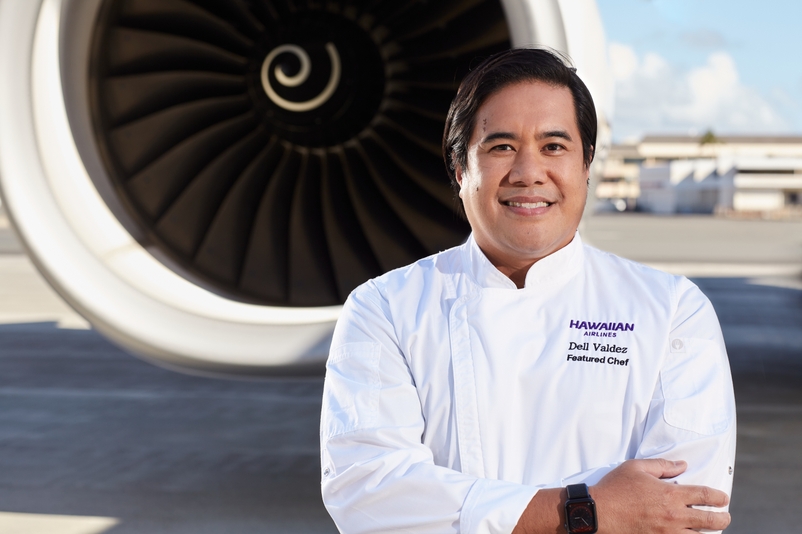