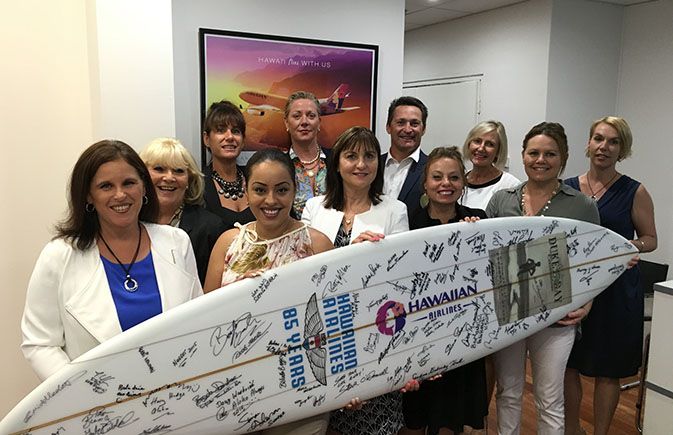 Hawaiian Airlines has announced its new Australian Commercial Team following a restructuring of its local operation to an in-house business model.

“We have scaled up our commercial resources in line with Hawaiian Airlines’ expanded operating presence and future plans in Australia,” said Gai Tyrrell, Regional Director Australia and New Zealand.

“Hawaiian now operates daily services from Sydney to Honolulu and services four times weekly from Brisbane and the time is right to take direct control of our market place presence and business development aims,” she said.

“We are delighted to welcome our new team members who collectively bring a wealth of industry knowledge and high caliber experience to our business in Australia,” she added.

The airline has announced the following appointments to its newly created Australian Commercial Team:

The premier global carrier for leisure travel to Hawai’i conducted a thorough review of guest feedback and intensive research to develop a best-in-class product for its long haul aircraft. The 180-degree seats will use an innovative seat platform to fold into 76-inch beds, maximizing living space for travellers while providing options for both privacy and a shared flight experience.

The seats will also feature an advanced in-flight entertainment experience powered by the next generation of large-format tablets and equipped with a telescoping tablet arm that adjusts to optimise viewing angle and comfort.