As the world’s best premium leisure-destination airline, Hawaiian’s newest nonstop route opens a rainbow of possibilities to the Northeast region thawing out from another winter. It also gives Hawai‘i residents convenient access to more of the East Coast. In commemoration of the city of Boston's deep history and Hawaiian Airlines' 90th year of operation, the carrier numbered its Honolulu to Boston flight HA90.

“As Hawaii’s airline, we take great pride in sharing our love of these Islands, and as we welcome our newest guests from the East Coast, we are confident they will find that their vacation begins and ends with us,’’ said Hawaiian Airlines President and CEO Peter Ingram. “We also want to help Hawai‘i residents get to where they want to go, and we know that people here travel to New England frequently.’’

Prior to today, Boston was the largest U.S. market without nonstop service to Hawai‘i with some 250 people flying between eastern New England and the islands each way on any given day. Boston's renowned educational and medical facilities are among the many attractions drawing Hawai‘i travelers to the Bay State. The route generated about $79 million in ticket sales last year.

“I congratulate Hawaiian Airlines for launching this exciting new flight and I thank our hometown airline for giving us -- and visitors to Hawai'i -- the best way to get to, from and between the islands,’’ said Hawai‘i Gov. David Ige. “Having Hawaiian open new routes like Boston spreads the spirit of aloha to more of the planet.’’

In addition to vacations, the route opens economic and cultural opportunities. The seafood industry, important in both states, will benefit. On board Flight HA89 as it departed Boston for Hawai‘i: nearly one-and-a-half tons of live lobster. Hawaiian fish and produce will also be regularly flown to New England.

“On behalf of the Commonwealth, we are pleased to welcome Hawaiian Airlines to Massachusetts,’’ said Massachusetts Gov. Charlie Baker. “This new service will provide access to new markets for businesses and connect two exciting destinations for travelers in both states.’’

At 5,095 miles, Hawaiian's HNL-BOS route is the longest regularly scheduled interstate route in U.S. history. It will take nearly 10 hours traveling to Boston from Honolulu, and roughly 11.5 hours traveling from Boston in the morning and arriving in Honolulu in the afternoon. When the ship Thaddeus sailed from Boston to Hawai'i in 1819, it took the missionaries who were onboard 164 days to reach the islands.

To show Hawaiian Airlines’ aloha for Boston, airline employees will be engaged today in a surprise and delight campaign in Copley Square from 11:30 a.m. to 1 p.m. and Boston Common, near the Park Street T Station, from 1:30 to 3 p.m. At each location, there will be live Hawaiian music and hula, fresh lei giveaway as well as a variety of prizes, including trips to Hawai‘i on the new route.

“We are very excited about Hawaiian Airlines' new direct flights from Boston,’’ said Chris Tatum, president and CEO of the Hawai‘i Tourism Authority. “Providing nonstop service from one of our largest mainland markets will be a welcomed opportunity for our residents and visitors who will now have more options to travel. We congratulate Hawaii’s hometown airline and look forward to helping make this route successful."

Last year, about 127,000 people from New England – more than half of them from Massachusetts -- visited Hawai’i, according to the Hawai‘i Tourism Authority.

“We are excited to welcome Hawaiian Airlines and their nonstop service that connects New England to the Pacific,” said Massport Acting CEO John Pranckevicius. “As another winter ends, these flights out of Logan Airport offer Bostonians access to all the natural wonders of Honolulu and the Hawaiian Islands.”

Guests traveling from the East Coast to Hawaii’s shores will enjoy the roominess and superior comfort of Hawaiian's 278-seat Airbus A330 widebody aircraft, with 18 lie-flat seats in the front cabin that incorporate flowing curves evocative of the winds and the ocean. Aligned in a 2-2-2 configuration, the seats are ideally tailored to leisure guests such as couples, families and honeymooners, while offering functionality to the business traveler. Each A330 has 68 spacious Extra Comfort seats in the main cabin that provide a generous 36-inch pitch and more legroom for our guests.

Hawaiian's Executive Chef Lee Anne Wong, owner of Honolulu's Koko Head Café, collaborates with Hawaii’s top chefs to delight guests with two meals served in each direction. The flights leaving Boston will arrive in Hawai'i the same day in the early afternoon allowing guests ample time to settle into their accommodations and unwind with a Hawaiian sunset, or connect to Kaua'i, Maui or the Island of Hawai‘i via Hawaii’s airline's convenient schedule of some 170 daily interisland jet flights. 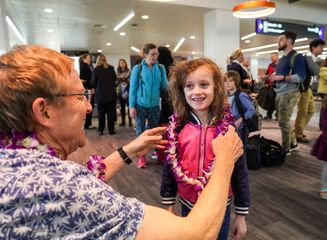 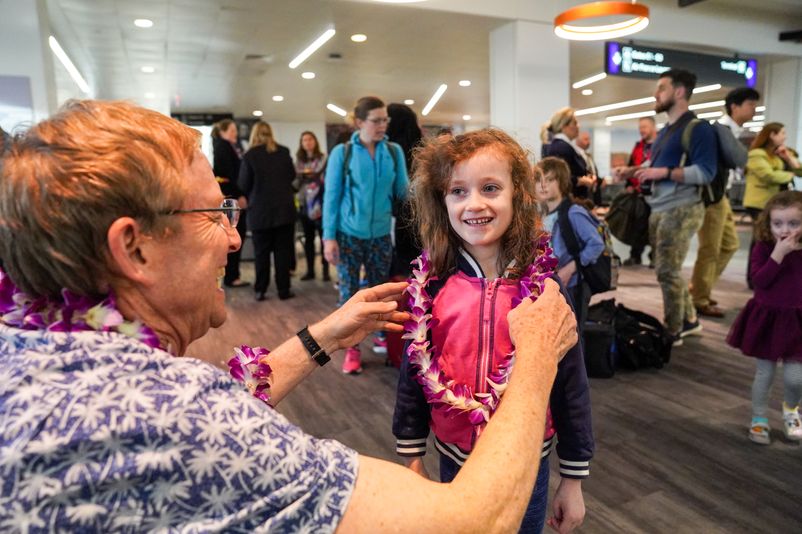 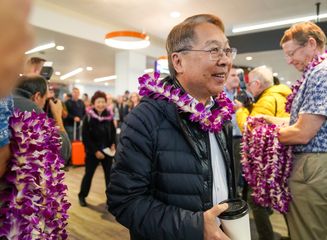 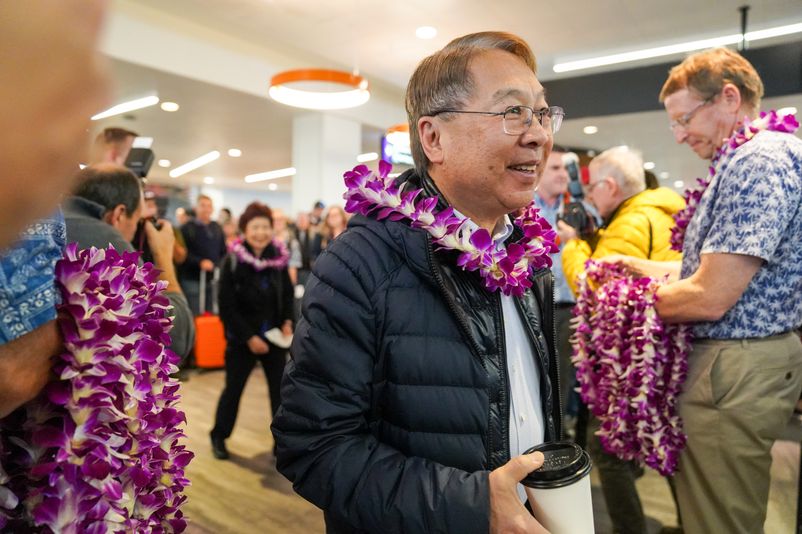 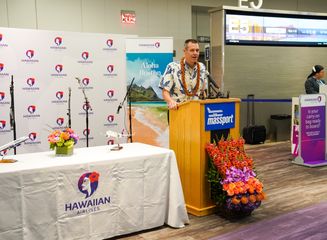 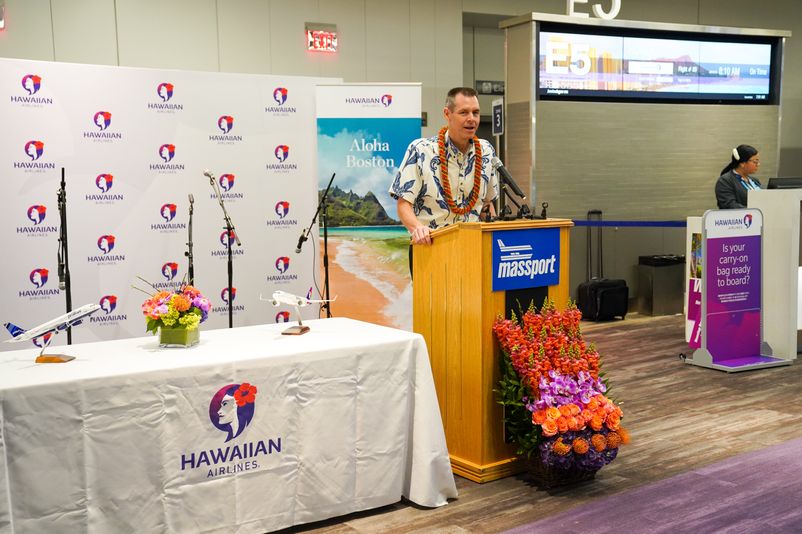 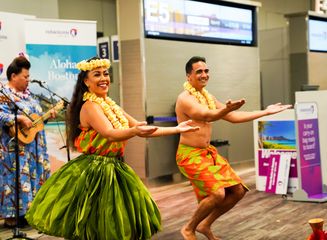 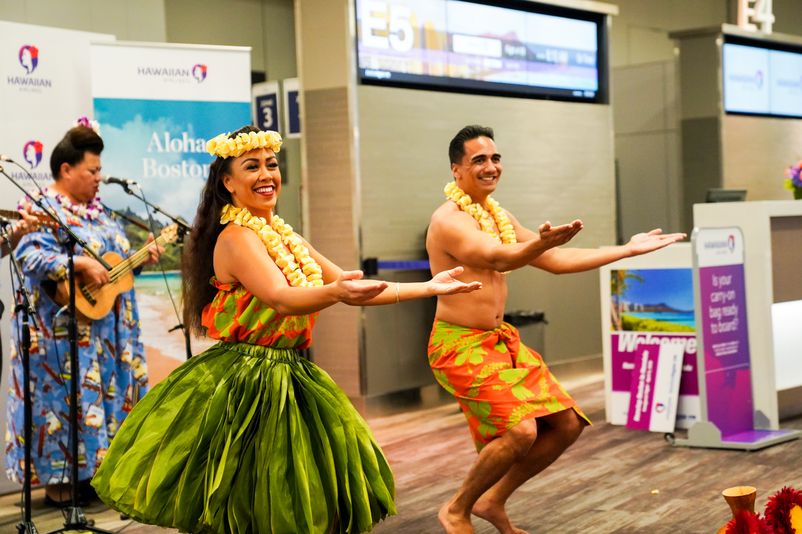 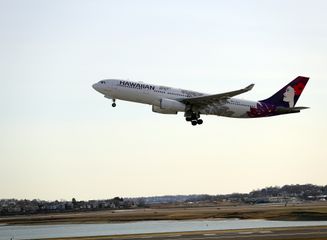 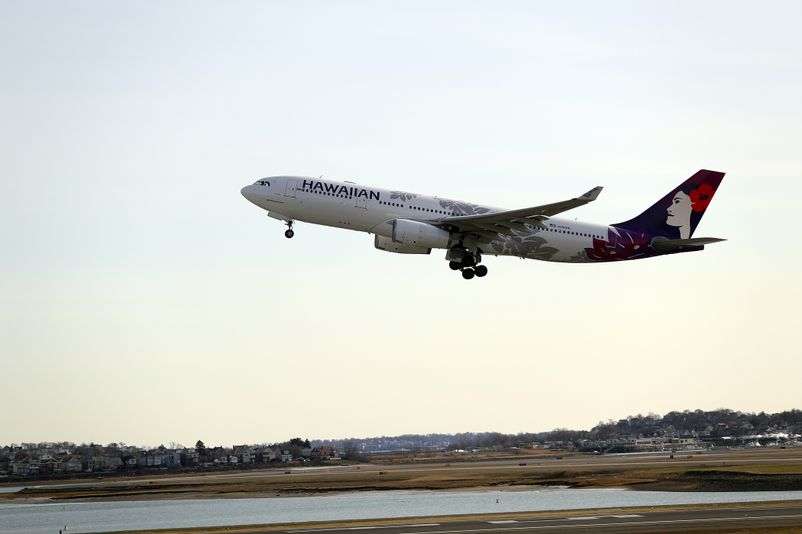 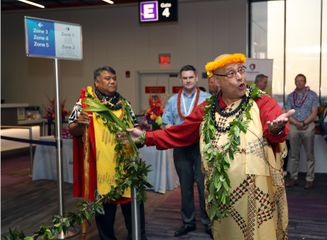 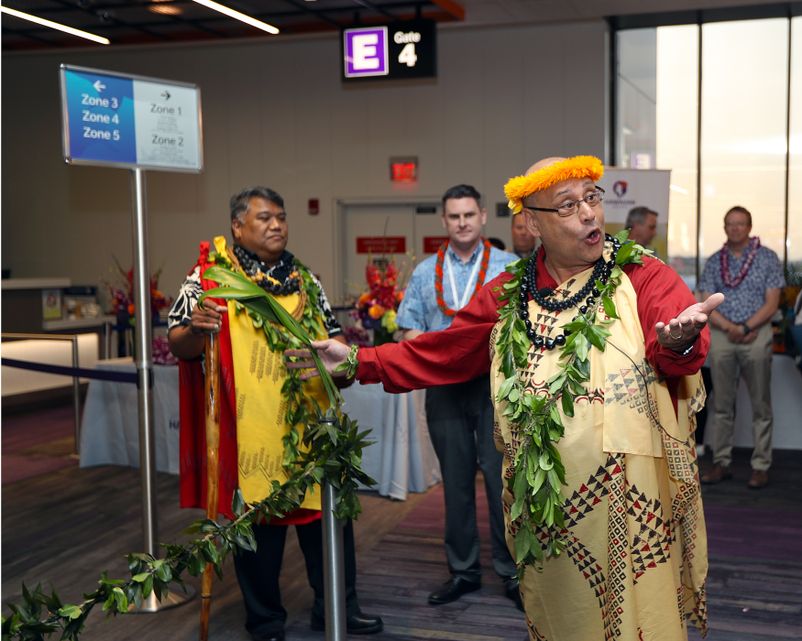 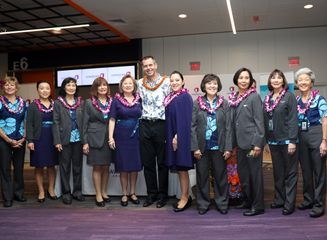 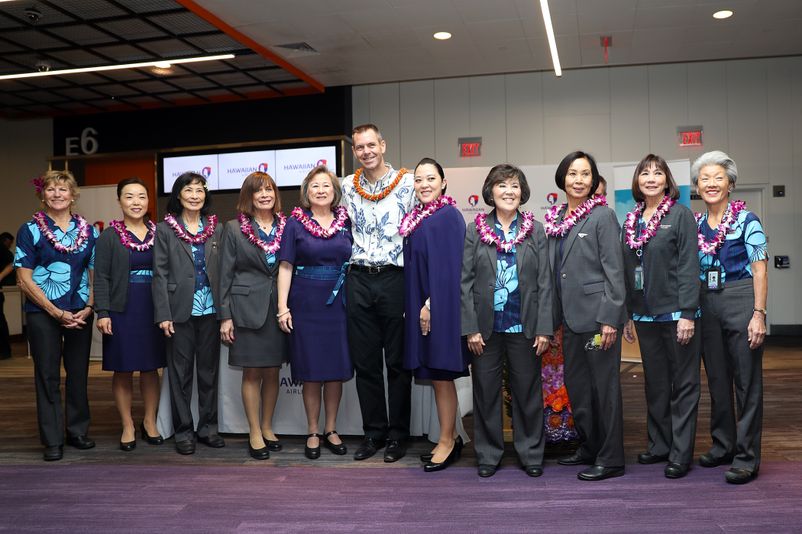