HONOLULU – Hawaiian Airlines guests who sit back and watch the carrier’s complimentary in-flight entertainment (IFE) programming when traveling in July will be supporting Hawai‘i’s arts movement while helping protect the islands’ environment.

Throughout the month, each time guests onboard Hawaiian’s flights view any IFE content, the airline will award one mile to benefit three local nonprofits featured on its Hawaiian Skies channel - Na Kama Kai, Hawaii International Film Festival (HIFF) and the state of Hawai‘i Department of Land and Natural Resources’ (DLNR) Malama Hawaiʻi initiative. 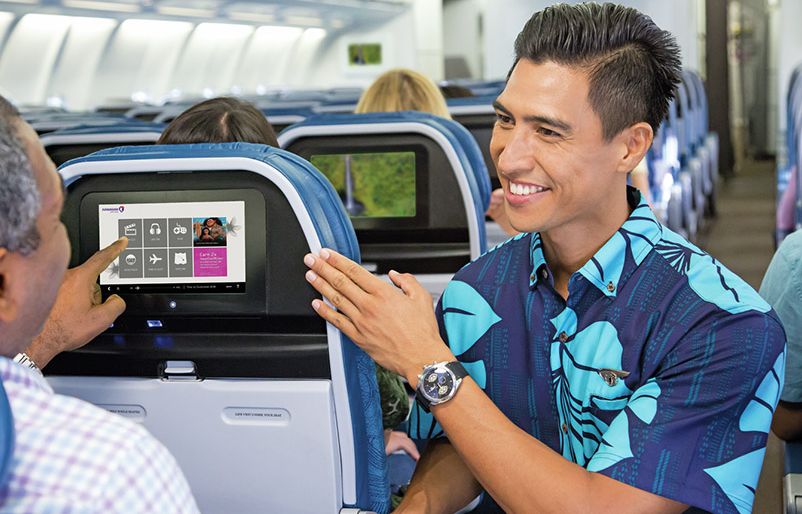 Hawaiian offers over 100 hours of movies, and television, music and games on all Airbus A330 and A321neo aircraft, with approximately 30 percent of the content highlighting Hawaii's rich culture. Hawaiian Skies gives travelers an in-depth look at the people and things that make Hawaiʻi an unparalleled destination.

"As Hawaii's airline, we are proud to share with our guests the many stories that make our island home so special. In the last year, we've featured over 300 programs that were either about Hawaiʻi, filmed in Hawaiʻi, or showcased local actors or directors," said Evan Nomura, product manager of in-flight entertainment at Hawaiian Airlines. "This month, we are excited to engage our guests as we express our mahalo to organizations that have shared their stories to entertain us but also educate us about important issues affecting our home.”

Hawaiian rolled out complimentary IFE on all transpacific flights on July 1. Guests onboard Hawaiian’s A330 aircraft enjoy seatback monitors in the Main Cabin and 13-inch tablets in the Premium Cabin. The A321neo features wireless streaming in-flight entertainment for personal devices through the Hawaiian Airlines app.