HONOLULU – Hawaiian Airlines today rewarded its more than 6,700 employees with $23.8 million in profit sharing – the company’s largest annual payment in its history – in celebration of a record-setting operational and financial year. The employees also received bonuses based on the achievement of a range of business, consumer and community objectives. Combined, the profit sharing and bonus payments amounted to more than 5 percent of employees’ 2017 wages.

“Our profit sharing program recognizes that our team members across the company drive our success,” said Hawaiian Airlines President and CEO Peter Ingram. “We’ve been expanding for several years now, but 2017 truly was a remarkable year.

“We continued to grow our fleet and network, opened a state-of-the-art cargo and maintenance hangar, and enhanced our product and the travel experience with more lie-flat seating, new meals and uniforms. We introduced our warm Hawaiian culture and islands to a record 11.5 million guests and maintained our position as the most punctual U.S. carrier. All of this is due to the exceptional teamwork and dedication of our colleagues,” Ingram said.

In a year packed with accomplishments, the airline and its employees:

Since its inception in 2009, Hawaiian’s profit-sharing program has distributed a total of $81.5 million, constituting 5 percent of the company’s adjusted pre-tax net income, with its workforce of part-time and full-time employees (excluding officers of the company).

About Hawaiian Airlines
Hawaiian® has led all U.S. carriers in on-time performance for each of the past 14 years (2004-2017) as reported by the U.S. Department of Transportation. Consumer surveys by Condé Nast Traveler and Travel + Leisure have placed Hawaiian among the top of all domestic airlines serving Hawai‘i. 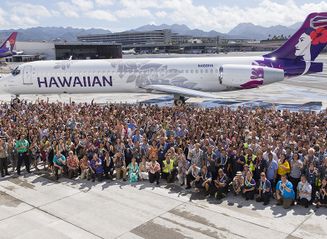 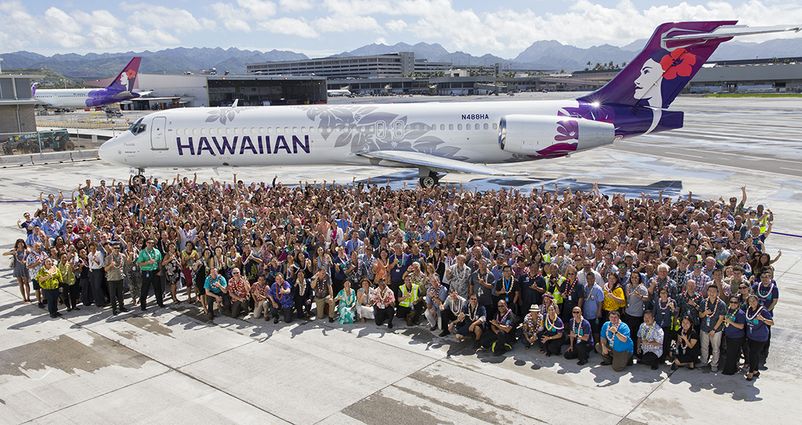