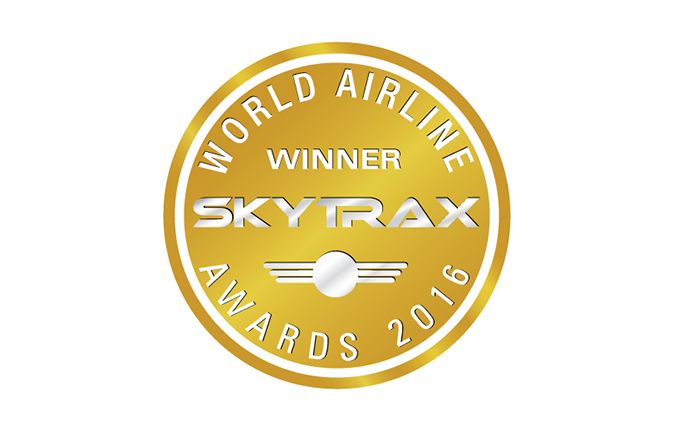 As a first time recipient of this highly-coveted award, Hawaiian Airlines' President and CEO Mark Dunkerley said: "Hawaii is a special place with a rich history and unique culture of aloha. Our employees deliver authentic Hawaiian hospitality to over 11 million guests every year. On behalf of our entire 'ohana, I'm honored to accept this award."

This year's winners of the World Airline Awards, the global benchmark of airline excellence, were announced today at the Farnborough Airshow in England. Each year, travelers from across the globe participate in the world's largest airline passenger satisfaction survey where winners are determined by customer satisfaction of staff efficiency, friendliness, service and hospitality, and overall quality consistency of the airline's staff.

"Hawaiian Airlines' management and staff should take a great deal of pride at receiving this award for the Best Airline Staff in North America," said Skytrax CEO Edward Plaisted. "It is an award voted for by their most important critics, their passengers."

From the moment Hawaiian Airlines' guests step on board, they will enjoy the carrier's signature Mea Ho'okipa (translation: I am host) service, long-celebrated for its warm and friendly celebration of the culture, people, and Aloha Spirit of the Hawaiian Islands. Hawaiian Airlines was also named one of the top five best domestic airlines in the world by Travel + Leisure earlier this month.

About World Airline Awards
The World Airline Awards are managed by international air transport rating organization, Skytrax Research of London, UK.  The transparency and global coverage of the survey distinguish these awards as the most prestigious and respected quality recognition for today's world airline industry.

The awards are based on the results of the World Airline Survey, which operating since 1999 is held in high esteem for its clarity of process and rigorously applied rules of independence. The customer survey operated from August 2015 until May 2016, with a total of 19.2 million eligible customer surveys being completed.

More than 104 different nationalities participated in the survey, covering over 280 airlines, from the largest international airlines to smaller domestic carriers. The surveys measure Quality standards across 41 key performance indicators of front-line product and service.

About Hawaiian Airlines
Hawaiian® has led all U.S. carriers in on-time performance for each of the past 12 years (2004-2015) as reported by the U.S. Department of Transportation. Consumer surveys by Condé Nast Traveler, Travel + Leisure and Zagat have all ranked Hawaiian the highest of all domestic airlines serving Hawai'i.

Now in its 87th year of continuous service, Hawaiian is Hawai'i's biggest and longest-serving airline, as well as the largest provider of passenger air service from its primary visitor markets on the U.S. Mainland. Hawaiian offers non-stop service to Hawai'i from more U.S. gateway cities (11) than any other airline, along with service from Japan, South Korea, China, Australia, New Zealand, American Samoa and Tahiti. Hawaiian also provides approximately 160 jet flights daily between the Hawaiian Islands, with a total of more than 200 daily flights system-wide.