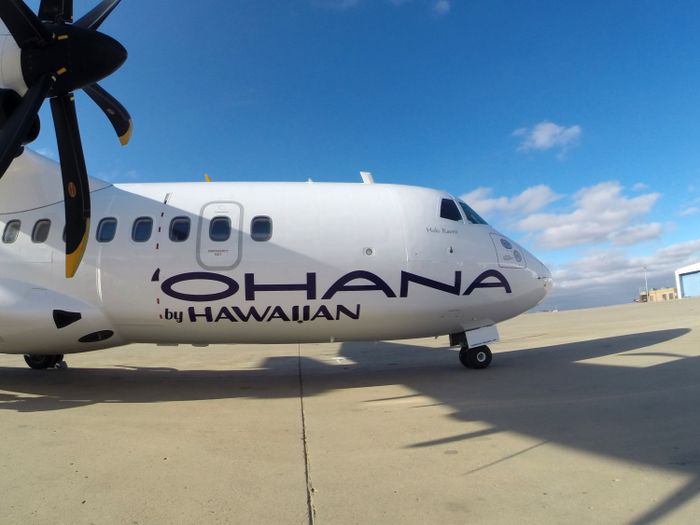 HONOLULU – Hawaiian Airlines announced today it will enhance its ‘Ohana by Hawaiian service between Honolulu and Lāna‘i with an additional flight and a more convenient schedule beginning May 16. The new five-times daily service will offer more direct flight options between Honolulu International Airport (HNL) and Lāna‘i Airport (LNY) throughout the day.

“We are pleased to optimize our service by providing our residents and visitors more flexibility when flying between Honolulu and Lāna‘i,” said ‘Ohana by Hawaiian Managing Director Hadden Watt.

Effective May 16, the new schedule, which reflects both retiming and additional flights, will be as follows:

'Ohana by Hawaiian operates 48-seat ATR-42 aircraft with a special livery designed by Hilo-based artist Sig Zane and his son Kūha'o. The aircraft are named after a significant wind on each of the islands that 'Ohana by Hawaiian serves: Holo Kaomi of Paomaʻi, Lāna'i; Kaiāulu of Wai'anae, O'ahu; and Hikipua of Hālawa, Moloka'i.

For more information or to book a reservation, travelers can visit HawaiianAirlines.com or call Hawaiian Airlines' reservations center at 1-800-367-5320.