HONOLULU – Hawaiian Airlines today celebrated the opening of an Information Technology Center in Tempe, Ariz., the carrier’s largest office outside its Honolulu headquarters.

The airline, which has offered daily nonstop flights between Phoenix and Honolulu since 2002, held a Hawaiian blessing to welcome 60 employees to its 15,000-square-foot center. The new space complements Hawaiian’s technical capabilities in Honolulu and enhances the company’s ability to hire IT professionals from across the U.S. mainland.

“We appreciate the warm welcome we have received throughout Arizona in support of our IT center, and we are delighted to grow our business in a state we have enjoyed serving with nonstop flights to Hawai‘i for nearly two decades,” said Peter Ingram, Hawaiian Airlines president and CEO. "Our Tempe office will augment the core work of our Honolulu team to advance our IT systems across departments so we may continue to deliver the greatest value to our guests." 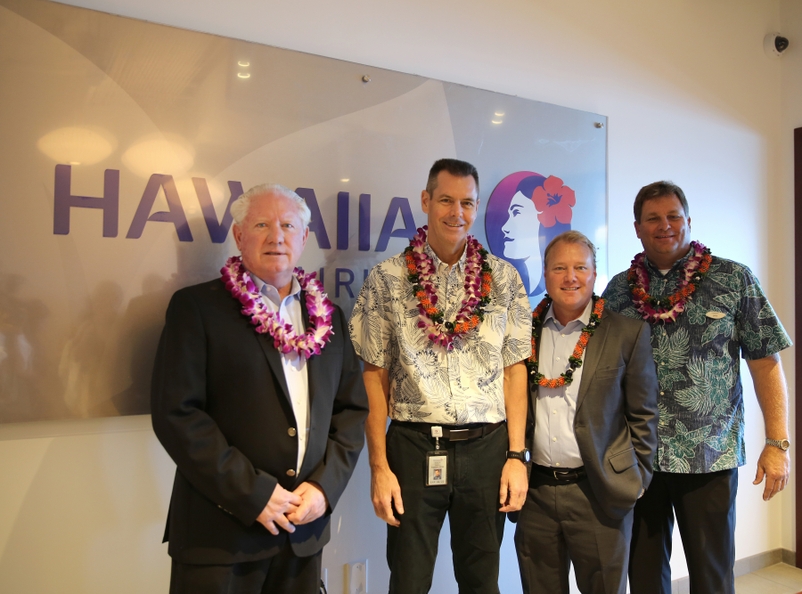 Hawaiian, Hawai‘i’s largest and longest-serving airline, opened a temporary IT office in Arizona early last year before moving to the current location two months ago. It plans to nearly double the staff at the center by continuing to partner with Arizona State University and other local educational institutions to offer IT internships and recruit positions ranging from software engineers and architects to database managers and business analysts.

“This new Hawaiian Airlines technology center is another significant addition to Arizona’s tech sector, which is growing at a rate 40 percent faster than the rest of the country,” said Arizona Gov. Doug Ducey. “We congratulate Hawaiian Airlines on their expansion in Tempe and look forward to their continued success in our state.” 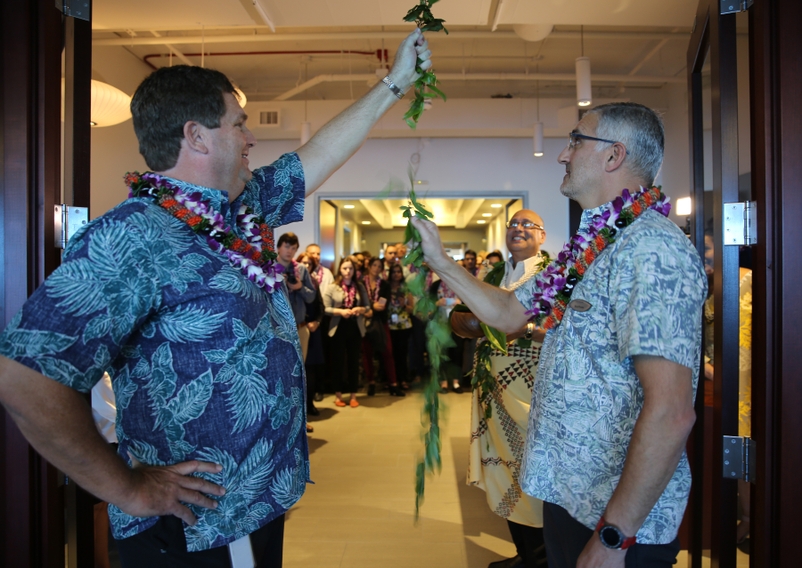 From left: John Jacobi, senior vice president for IT at Hawaiian Airlines, joined Matthew Chimbos, managing director of IT at Hawaiian, in untying a maile lei to dedicate the carrier's new IT center in Tempe, Ariz.

Tempe Mayor Mark Mitchell said, “We’re so honored that after a multi-state search, Hawaiian Airlines chose Tempe for its new IT center. It’s a testament to the terrific access to talent and competitive cost of living in our community. We’re pleased to welcome them and can’t think of a better place for these excellent tech jobs to land!”

“Hawaiian Airlines’ selection of Tempe for its new IT operation demonstrates the high quality of tech talent and pro-business climate our state provides to growing companies,” said Sandra Watson, Arizona Commerce Authority president and CEO. “We thank Hawaiian Airlines for investing in Arizona and creating new jobs for our residents.”