HONOLULU, Feb. 11, 2017 /PRNewswire/ -- Hawaiian Airlines and the Air Line Pilots Association (ALPA) have reached a Tentative Agreement on a 63-month contract amendment covering the airline's 665 pilots, the company announced today. ALPA will hold a ratification vote scheduled to take place between March 6 and 24. If ratified, the amendment becomes effective April 1 and remains in effect until July 1, 2022. 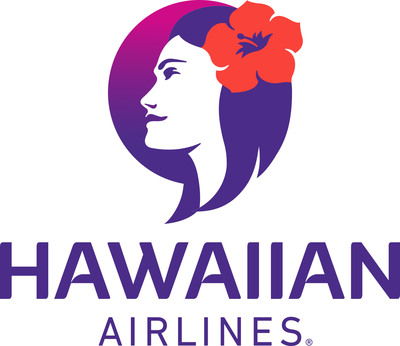 "I am pleased that we have been able to reach an agreement that offers our pilots a significant increase in compensation," said Jon Snook, Hawaiian's chief operating officer and the company's lead negotiator.

The company reached new accords in 2016 with three labor unions representing more than 2,200 employees. It is currently in negotiations with the Association of Flight Attendants, whose contract became amendable in January.

Hawaiian®, the world's most punctual airline as reported by OAG, has led all U.S. carriers in on-time performance for each of the past 12 years (2004-2015) as reported by the U.S. Department of Transportation. Consumer surveys by Condé Nast Traveler and Travel + Leisure have ranked Hawaiian the highest of all domestic airlines serving Hawai'i.

Now in its 88th year of continuous service, Hawaiian is Hawai'i's biggest and longest-serving airline, as well as the largest provider of passenger air service from its primary visitor markets on the U.S. Mainland.

Hawaiian offers non-stop service to Hawai'i from more U.S. gateway cities (11) than any other airline, along with service from Japan, South Korea, China, Australia, New Zealand, American Samoa and Tahiti. Hawaiian also provides approximately 160 jet flights daily between the Hawaiian Islands, with a total of more than 200 daily flights system-wide.

Hawaiian Airlines, Inc. is a subsidiary of Hawaiian Holdings, Inc. (NASDAQ: HA). Additional information is available at HawaiianAirlines.com. Follow updates on Twitter about Hawaiian (@HawaiianAir) and its special fare offers (@HawaiianFares), and become a fan on its Facebook page.  For career postings and updates, follow Hawaiian's LinkedIn page.

To view the original version on PR Newswire, visit:https://www.prnewswire.com/news-releases/hawaiian-airlines-pilots-to-vote-on-tentative-agreement-300405930.html