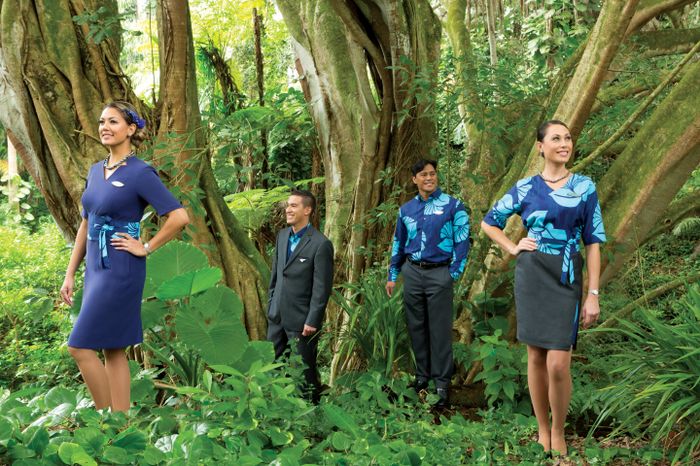 Hawaiian Airlines partnered with Hawaii-based designer Sig Zane to create new uniforms for more than 5,000 front-line employees. The uniforms will debut in late 2017 to coincide with the entry into service of Hawaiian’s first A321neo long-haul aircraft. As part of the airline's tradition of christening its aircraft with culturally significant names, the A321 neos will be named after indigenous plants and forests.

The new designs are a collaboration among Affinity Apparel, renowned Hilo-based design firm Sig Zane Kaiao, and a committee of 40 front-line Hawaiian employees representing a variety of job functions. Employees from each work group revealed the uniforms on Nov. 11 at the airline’s Runway to Runway fashion show during HONOLULU Fashion Week Presented by Hawaiian Airlines at the Hawai‘i Convention Center.

The print’s theme, Kū Mākou or Together We Stand, was inspired by “talk-story” sessions between designers and committee members. Principals Sig Zane and Kuha’o Zane explored the concept of working together to reach one’s common destination in the context of voyaging, community and family to create a narrative print holding deep resonance for employees.

“Kū Mākou means we stand together as one – one family, one team, one movement together,” said Sig Zane. “It’s an honor to embark on this journey with Hawaiian Airlines as they enter a new chapter of unifying the company with a common thread.”

The print’s lehua blossom and 'ohe kapala (bamboo stamps) comprise a design story carried through every piece of each work group’s uniform, as applied in different scales and tonalities to prints, linings and woven elements.

“It was very important for us to create something that would represent Hawai‘i wherever we fly,” said Avi Mannis, senior vice president of marketing at Hawaiian Airlines. “Our committee and designers spent countless hours contributing their ideas and values, and we’re excited to share that with our guests from around the world.” 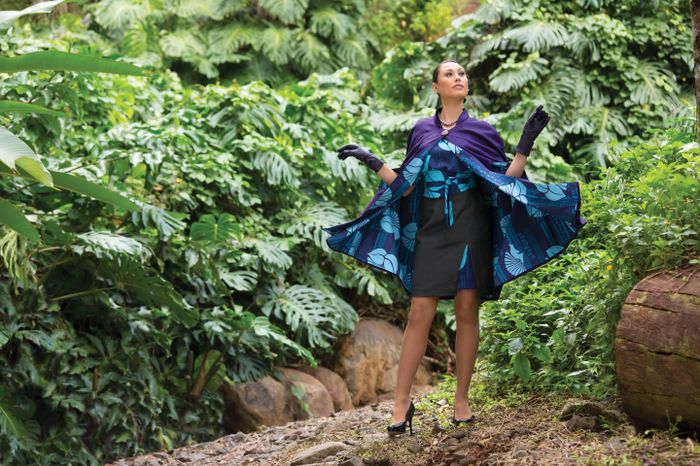 The Kū Mākou print comprises two main elements: 'ohe kapala (bamboo stamps encompassing intricate designs often used to create repetitive patterns in traditional kapa decoration), and the lehua blossom (a native Hawaiian plant with many culturally symbolic meanings that is often used as adornments in hula or other ceremonies). Colors incorporate the distinctive purple associated with Hawaiian Airlines as well as the pacific blue of the current uniforms, which have been in place since 2008.

“The lehua truly is the symbol of the Hawaiian people,” Sig Zane said. “In all of our legends, myths and chants, the lehua is strong and prominent.”

“We were honored to work alongside talented designers and passionate employees to outfit Hawaiian’s front-line staff with fashionable and functional garments,” said Marcia Hischke, vice president of product development at Affinity Apparel.

The next phase of Hawaiian’s uniform program includes on-the-job fit and wear testing by uniformed employees beginning in January, followed by a full roll out in late 2017 to coincide with the entry into service of Hawaiian’s first A321neo long-haul aircraft.