“Kapalua Airport has played an integral part in our company’s history, and we are delighted to restart service on the 30th anniversary of Hawaiian’s first flight to West Maui as we continue serving the travel needs of our community,” said Peter Ingram, Hawaiian’s executive vice president and chief commercial officer. “This daily Kapalua service will complement our existing flights at Kahului Airport and make it even more convenient for kama‘āina and visitors alike to visit the Ka’anapali coast.”

The daily flight schedule, operated by Empire Airlines, is as follows:

Between March 1, 1987 and April 1, 1993, Hawaiian served the West Maui airport with its 50-seat de Havilland Dash 7 aircraft. The three-letter designator code JHM was given to the airport in honor of the man who built it: Hawaiian’s former CEO and Chairman John “Jack” H. Magoon, Jr., who presided over the airport’s planning and construction. Mr. Magoon, who bought Hawaiian Airlines in 1963, led many other notable company achievements during his tenure, including the introduction of jet service among the islands in 1966 with the arrival of the DC-9 aircraft and its first scheduled service between the islands and the U.S. West Coast in 1985.

In tribute to his success, a 9-foot tall by 12-foot wide memorial wall at JHM was revealed this morning by Hawaiian Airlines, the Hawai‘i State Department of Transportation (DOT) and the Transportation Security Administration (TSA). Members of the late Mr. Magoon’s family attended the dedication ceremony, including his wife Jeanette, his daughter Sara and son-in-law Peter Dudgeon, who served as Hawaiian’s president from 1980 to 1983.

“Jack Magoon was a defining leader of Hawaiian Airlines for more than two decades, and it’s an honor to see his contributions to commercial aviation in Hawai‘i memorialized at JHM today,” Ingram added. 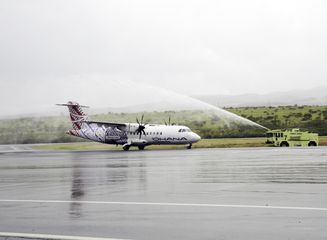 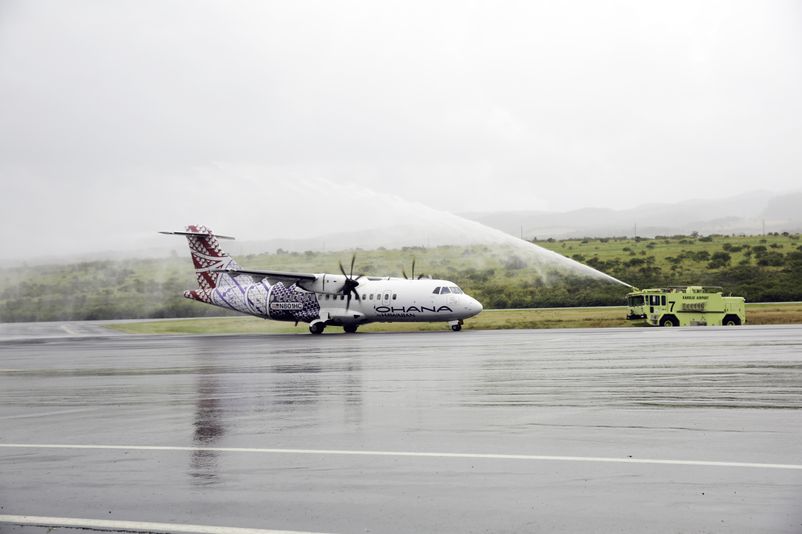 'Ohana by Hawaiian's 48-seat ATR-42 turboprop aircraft was greeted with a water salute as it arrived at Kapalua Airport. 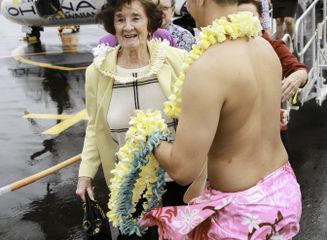 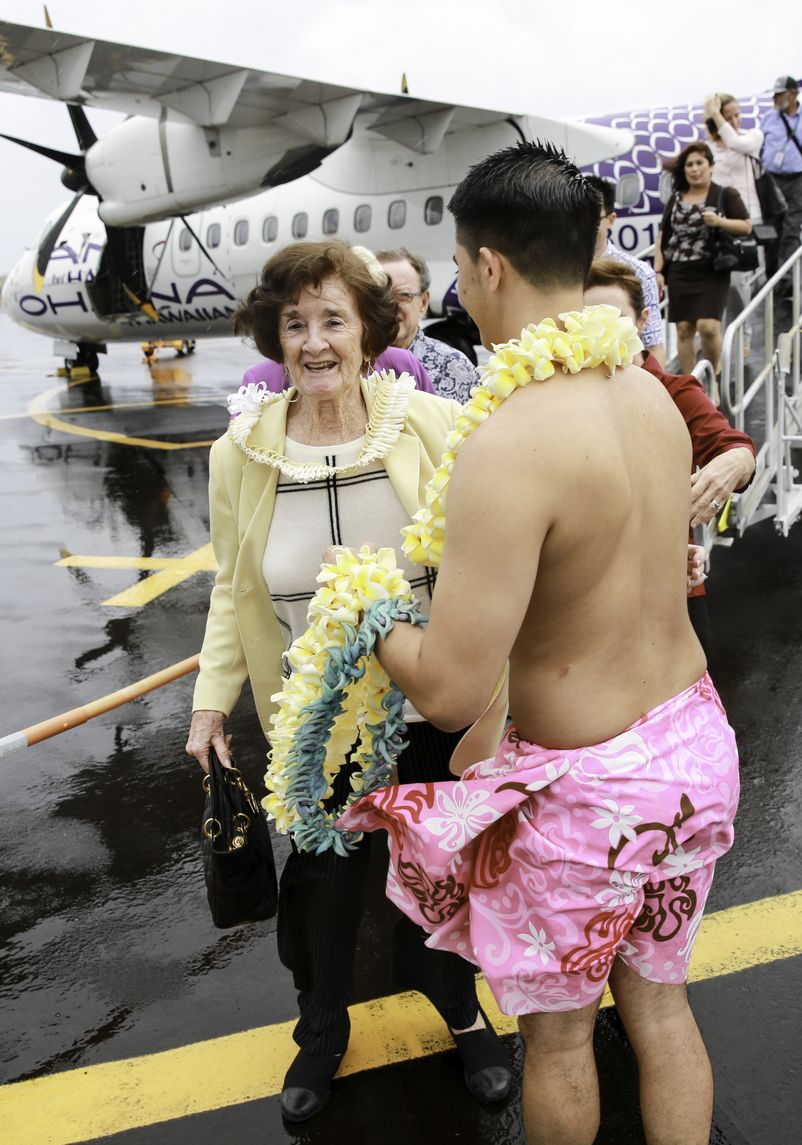 Jeanette Magoon, the wife of the late John "Jack" H. Magoon, was among the first guests to deplane the inaugural flight at Kapalua Airport. 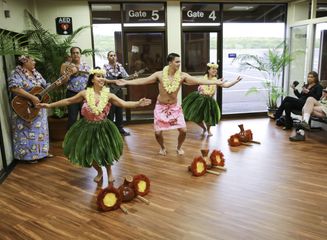 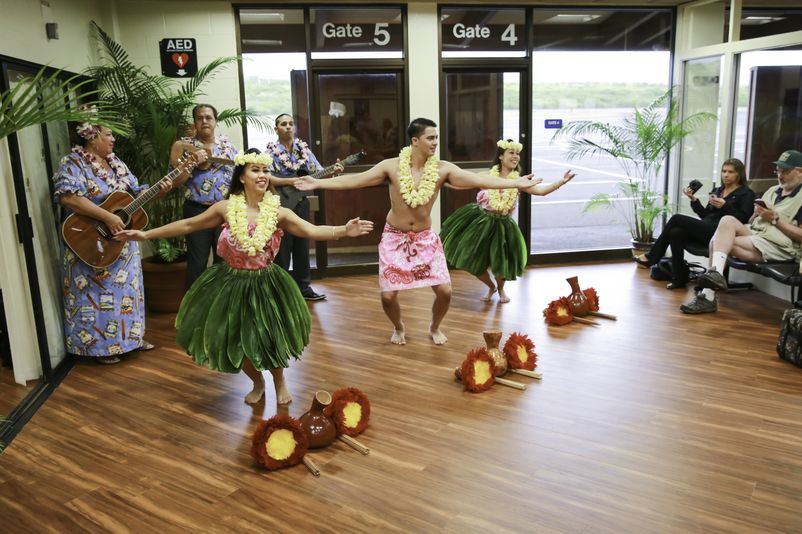 The Hawaiian Airlines Serenaders performed music and hula to mark the resumption of flights between Honolulu International Airport and Kapalua Airport. 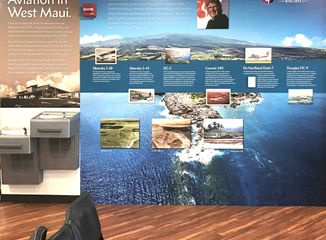 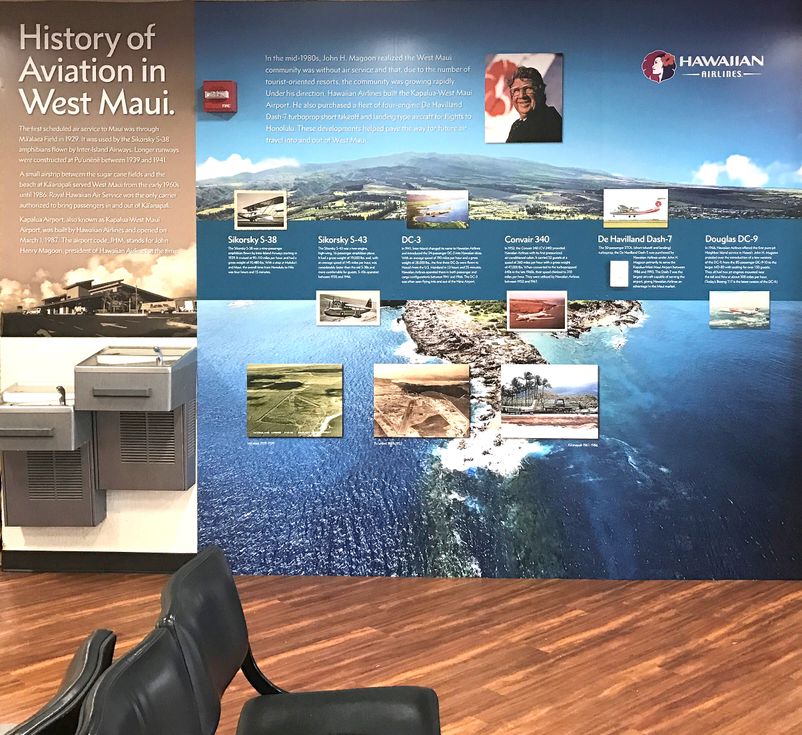