“The Featured Chef Series is a perfect way to share with guests a part of what Hawai‘i and Hawaiian Airlines are all about, which is authentic experiences representative of our unique and flavorful island culture,” said Renee Awana, managing director of product development at Hawaiian Airlines. “We are truly honored to include these incredible chefs and their amazing cuisine as part of our Hawaiian hospitality and unique onboard service.”

The timeline for the Featured Chef Series is as follows:

Chef Noguchi was raised in O‘ahu’s historical Mānoa Valley. He is an alumnus of the Kapi‘olani Community College’s Culinary Arts Program and the Culinary Institute of America, later working alongside James Beard Award-winning chef George Mavrothalassitis and Ed Kenney of Town Hospitality Group. Experts in Hawai‘i regional cuisine, he and his wife Amanda Corby Noguchi opened their first joint venture, Pili Group, LLC in Honolulu in 2012. Noguchi’s dedication to empowering his community through food and education has made Noguchi a recognized leader in Hawai‘i’s sustainable food movement.

Chef Eric Oto will lead the second phase of the Featured Chef Series for flights coming to Hawai‘i from the U.S. mainland. His passion for the culinary arts began at the age of four when he caught his first fish with a bamboo cane pole. At a young age, Oto learned the philosophies of respecting and appreciating Hawai‘i’s food ecosystem from his father, a lifelong farmer and fisherman. Today, Oto’s reverence for the ocean can be seen — and tasted — in his cooking. Committed to supporting Hawai‘i’s next generation of chefs, Oto serves as a chef-mentor for local high school students with the Hawai‘i Culinary Education Foundation and the Chaîne des Rôtisseurs Jeune Chef Competition.

All Cabins – Osaka, Tokyo and Sapporo to Hawai‘i

Chef Wade Ueoka joined Hawaiian’s culinary program in 2016 and, from Dec. 1, 2017, to May 31, 2018, designed menus for Hawaiian’s First Class guests on North America inbound flights. Beginning Sept. 1, Ueoka will design menus for Japan to Hawaii flights in all cabins. In 2013, he and his wife Michelle Karr-Ueoka opened their first joint venture, MW Restaurant, in Honolulu, where they specialize in Hawai‘i regional cuisine. Both have traveled the world, and draw inspiration from their journeys. In February 2014, MW Restaurant earned a James Beard Foundation nomination as Best New Restaurant.

All Cabins – Seoul to Hawai‘i

Chef Chung, who joined Hawaiian’s in-flight dining program in 2016, will continue his tenure as the featured chef on flights arriving from South Korea. An expert in French and Japanese cuisine, he is the owner and chef of Kumsan Restaurant, Seoul. His culinary excellence has been widely recognized and he has appeared in several Korean television programs. Feeling a strong personal attachment to Hawai’i, Chung has returned to the islands every year since his first visit over a decade ago.

“This is an amazingly talented group of people who continue to play a big part in putting Hawai‘i on the map as a culinary destination,” shared Chef Lee Ann Wong. “It’s a great feeling to work alongside such a strong team and I look forward to wowing guests with our new menus!”

Chef Wong, a guest chef since 2015 under the airline’s former Executive Chef Chai Chaowasaree, currently oversees meals on inbound international flights. She graduated from the International Culinary Center, formerly known as the French Culinary Institute, and began her culinary training at Marcus Samuelsson’s Aquavit before playing an integral role in the opening of Jean Georges Vongrichten’s Chinese concept, Restaurant 66. Wong gained national attention when she appeared on Season One of Bravo’s flagship series “Top Chef.” She later became the series' supervising culinary producer for the next six seasons. 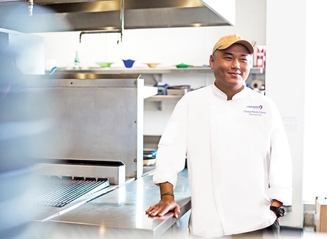 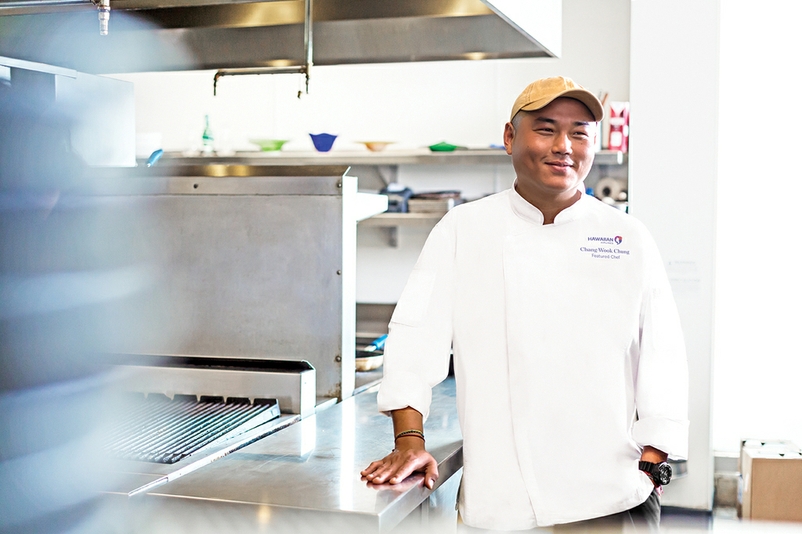 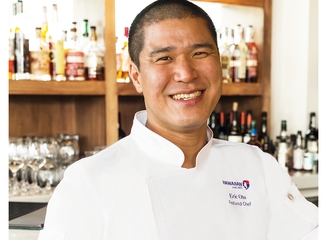 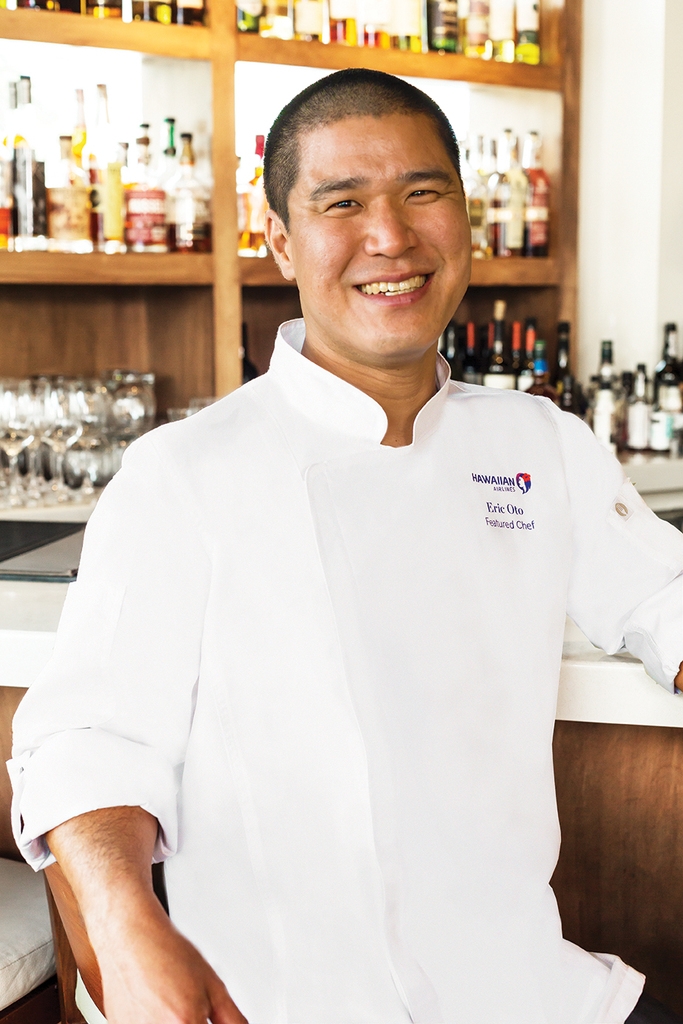 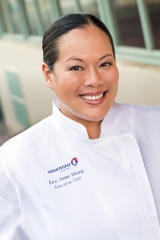 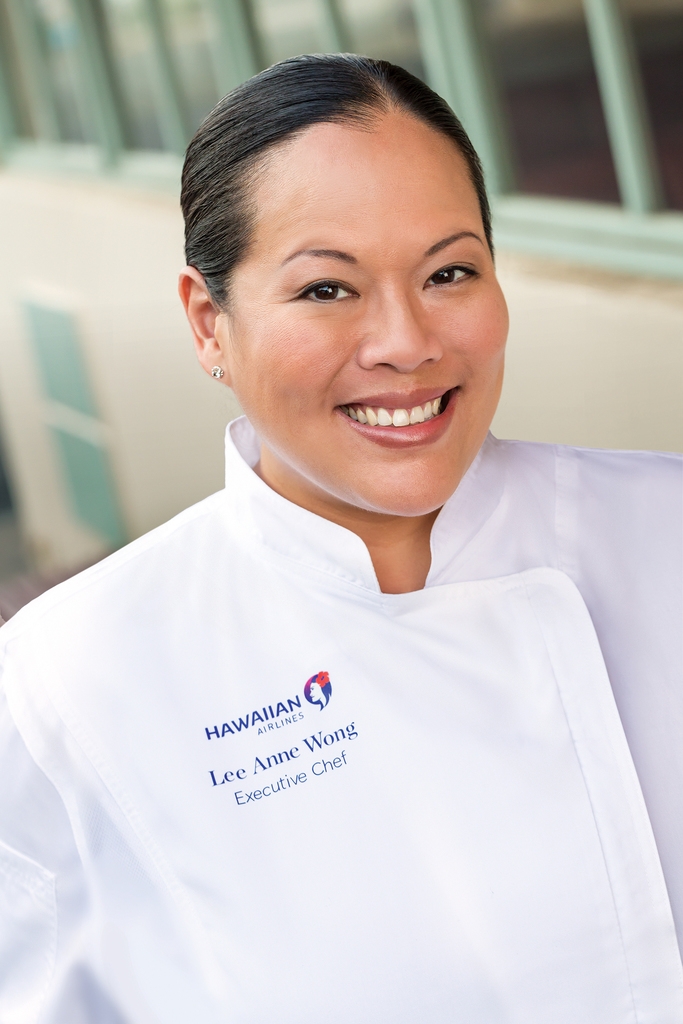 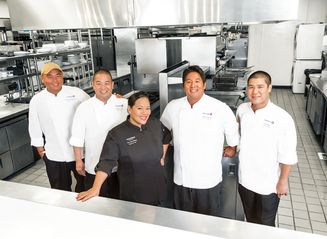 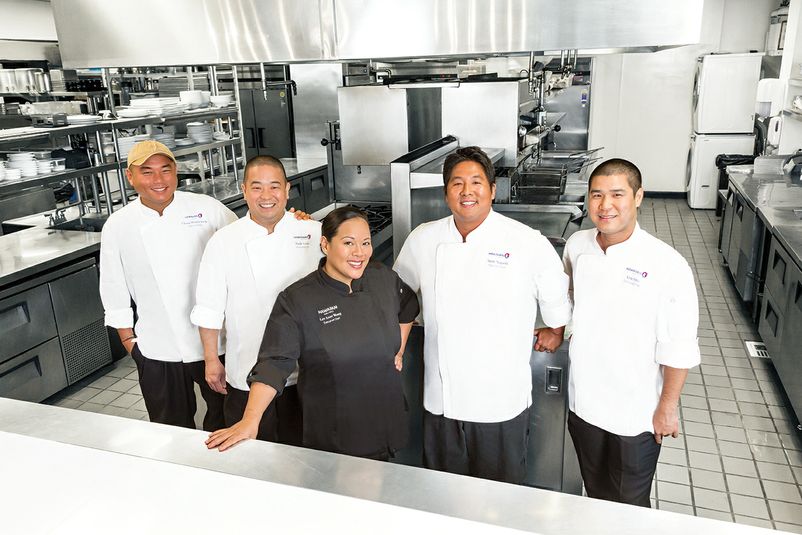 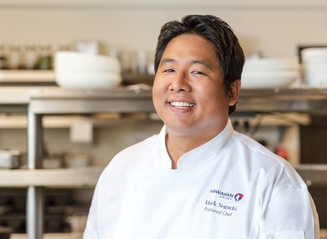 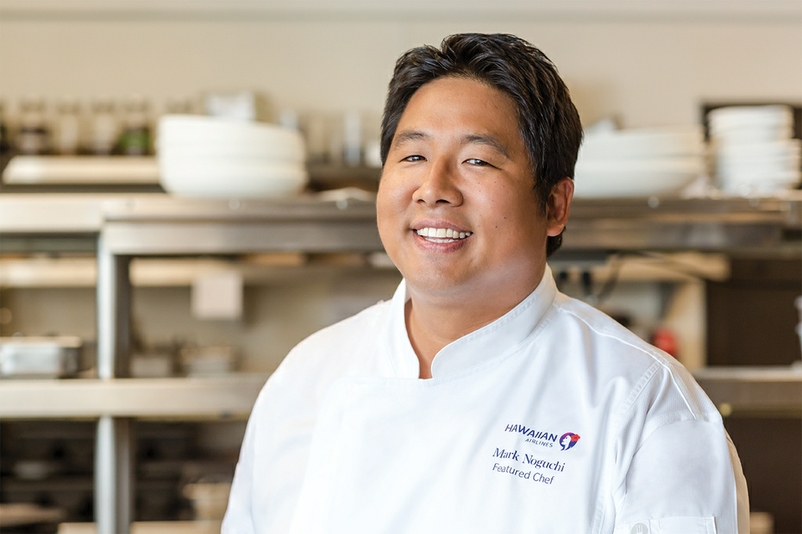 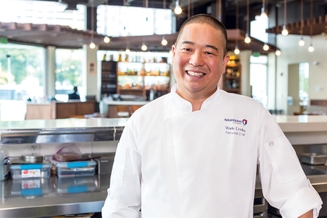 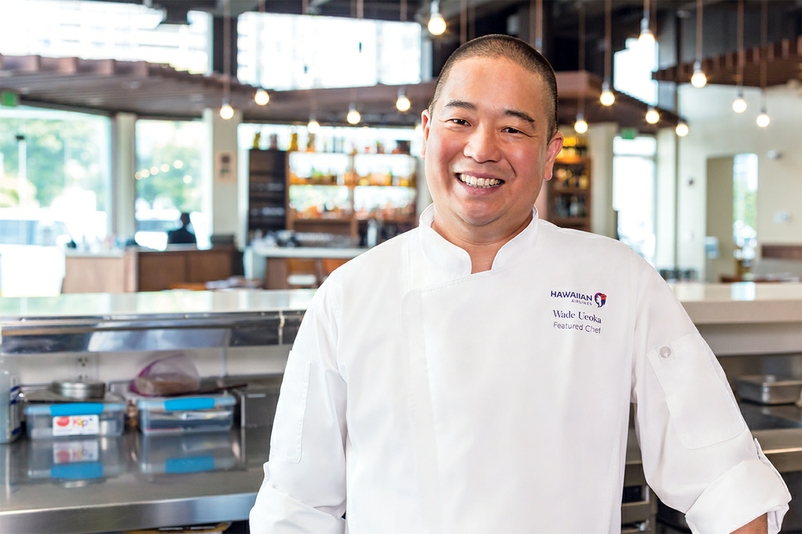