HONOLULU – Pilots seeking to join Hawaiian Airlines will soon be able to pursue a new recruitment pathway available through the carrier’s ‘Ohana by Hawaiian operation.

Starting this fall, pilots interviewing for a position at ‘Ohana by Hawaiian will have the opportunity to also apply to Hawaiian’s Flow-Through hiring program. Candidates accepted to the program will be able to transition to Hawaiian after flying with ‘Ohana as Empire Airlines pilots in good standing for two years and achieving certain required qualifications. Pilots currently working at ‘Ohana will also be eligible for the Flow-Through program, which will invite applications periodically throughout the year.

“Our Flow-Through program provides ‘Ohana by Hawaiian pilots more opportunities to transition to Hawaiian Airlines while incentivizing pilots to remain in Hawai‘i as they build their flight qualifications,” said Ken Rewick, vice president of flight operations at Hawaiian Airlines. “We look forward to welcoming more of our ‘Ohana pilot colleagues to our team as we continue to grow our fleet and network.”

“This partnership creates an attractive career pathway that makes both ‘Ohana and Hawaiian more desirable options for pilots in Hawai‘i and throughout the United States,” said Pete Broschet, director of human resources at Empire Airlines. 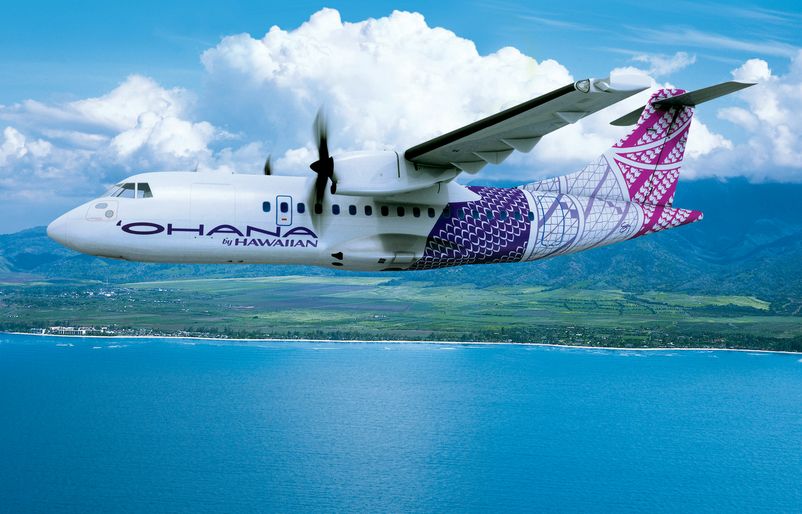 Hawaiian has 860 pilots among its 7,300-plus employee workforce, with approximately seven percent of pilots hired each year arriving from ‘Ohana by Hawaiian. As Hawaiian continues to grow with delivery of additional Airbus A321neo aircraft and a new Boeing 787-9 fleet, it expects the Flow-Through program will allow the airline to significantly increase the percentage of ‘Ohana pilots it hires annually.

Pilots interested in the Flow-Through program can obtain more information by emailing HALPilot@HawaiianAir.com.