HONOLULU – Pilots interested in flying for Hawaiian Airlines can move closer to a seat in the cockpit of Hawai‘i’s flagship carrier by first joining the company as an instructor under a new career pathway.

Candidates hired through Hawaiian’s Pilot Pathway Aircrew Instructor program will deliver fleet and ground training to pilots while helping develop courses for Flight Standards & Qualification activities. After one year on the job, instructors will be guaranteed a first officer interview during the next available hiring period. Successful applicants will be added to Hawaiian’s first officer hiring pool and be eligible to transfer to a pilot position two years after becoming a Flight Standards & Qualification instructor.

“This new instructor-to-pilot pathway provides an attractive track for pilots seeking to join Hawaiian while allowing us to meet our training needs as we continue to grow the best network for travel to, from and within our islands,” said Ken Rewick, vice president of flight operations at Hawaiian Airlines. 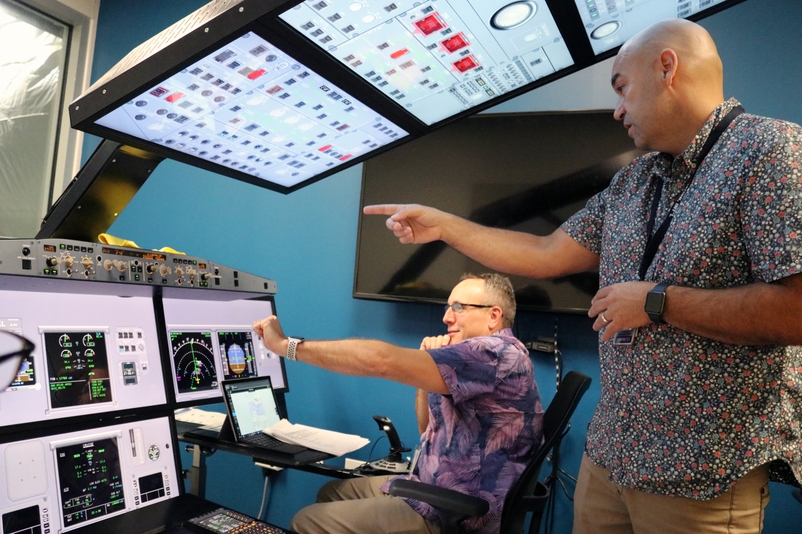 Based in Honolulu, Hawaiian’s instructors will work in classrooms and advanced flight training devices. Interested candidates may learn more about the pathway program and apply here.

Hawaiian’s pilots operate a fleet of 20 Boeing 717 aircraft on a comprehensive network of more than 170 daily flights between the Hawaiian Islands. Transpacific flights connecting Hawai‘i to the U.S. mainland, Asia and the South Pacific are operated with 24 Airbus A330 aircraft. The airline also utilizes a current fleet of 16 Airbus A321neo aircraft on flights between the U.S. West Coast and Hawai‘i.

This summer, Hawaiian announced the purchase of a CAE Boeing 787-9 full-flight simulator as it prepares to welcome a new fleet of Boeing 787-9 aircraft beginning in 2021.